How the state plans to attract teachers 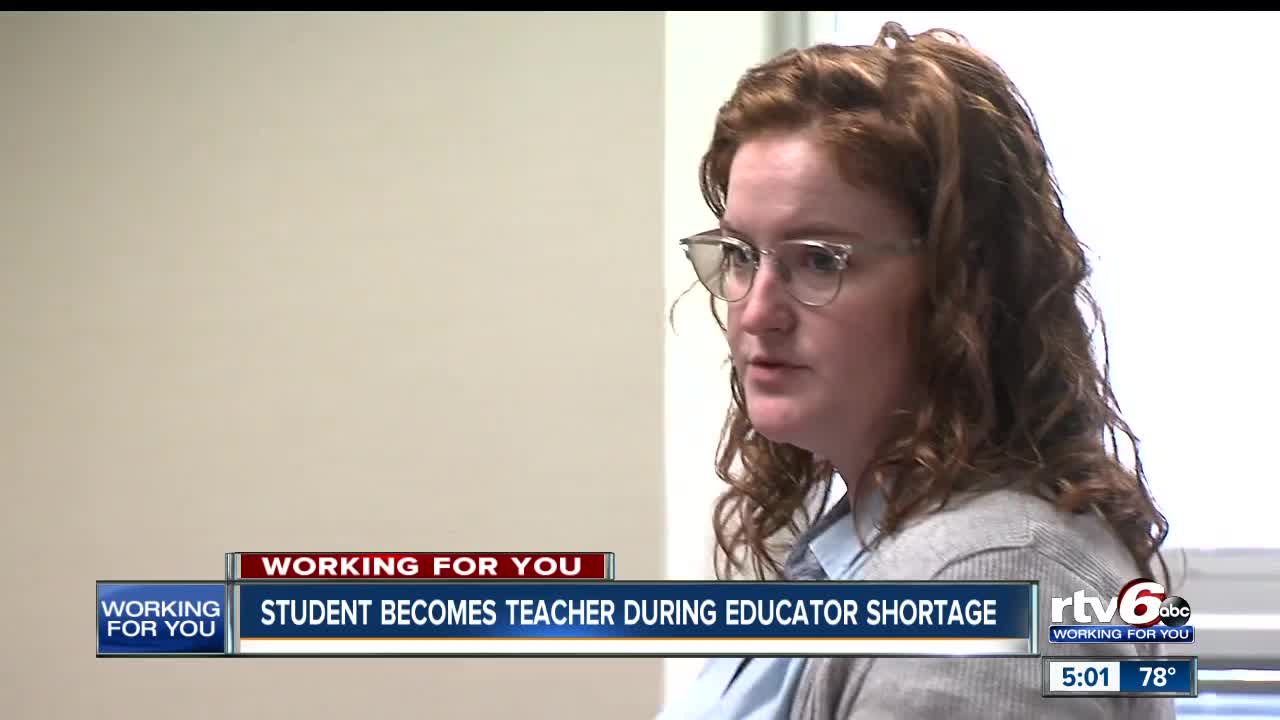 Indiana continues to face a teacher shortage — it's a problem the state has had for years.

INDIANAPOLIS — Indiana continues to face a teacher shortage — it's a problem the state has had for years.

The first day of school can be nerve-racking for students for a number of reasons — but the first day back to school in Wayne Township feels a little different, now that a former student is now the teacher.

As a former student of Westlake Elementary, Emily Wessel started her first day as an art teacher at the same school she attended as a kid on Wednesday.

The Ben Davis High School and IUPUI graduate, is joining an industry already facing a teacher shortage. Wessel who originally went to college for nursing says her former art teacher at Ben Davis, however, inspired her interest in education. She says strong support fuels her passion for doing a job where the rewards don't come in cash.

"It was a hard journey, because you tell everybody you are going to become a teacher and they kind of knock you down a little bit since teachers don't make very much money," Wessel said. "But I knew this is what I was passionate about."

In class on Wednesday, Wessel's students' first assignment was to send thank you cards to the donors who bought the school supplies for their fresh out of college teacher.

"I reached out and had a 'Donor's Choose,' and I was able to raise more than $600 for new supplies," Wessel said.

Topping the challenges for Indiana teachers is pay. Data collected by Forbes puts Indiana teachers dead last for pay increases. A trend the Indiana Department of Education says the state has to end and it starts with talking to legislators and teachers.

"I think the first thing that's important is listening," Adam Baker, with the Indiana Department of Education, said. "What we've tried to do over the years is listen to educators."