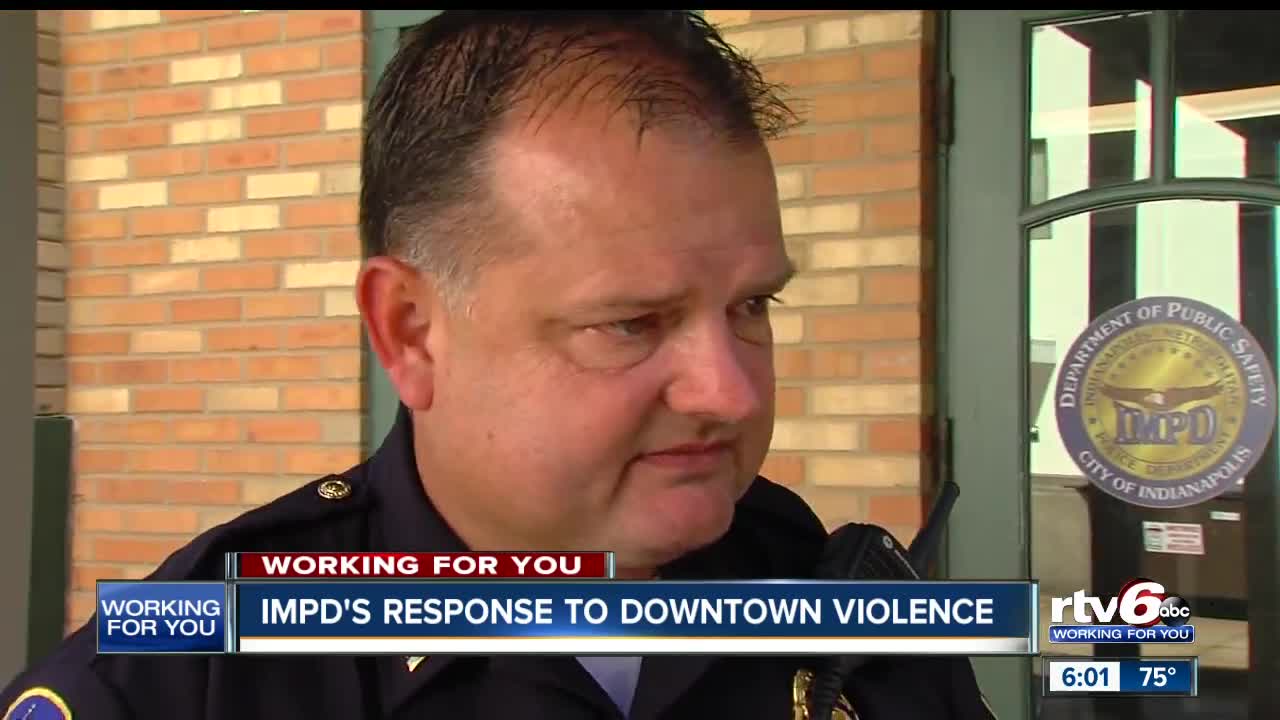 After six people were shot Saturday night near the Circle Centre Mall, RTV6 is finding out what steps are being taken to keep people safe when they visit Downtown Indianapolis.

INDIANAPOLIS — After six people were shot Saturday night near the Circle Centre Mall, steps are being taken to keep people safe when they visit Downtown Indianapolis.

It was outside of Steak 'n Shake on West Maryland Street where a fight between two groups of teens turned ugly — leaving six people shot. Three of the six were just bystanders, caught at the wrong place and the wrong time.

"Traditionally, it's very safe. In fact, it's the safest part of our city," Bob Schultz, Downtown Indy Inc. vice president, said. "But what we are seeing time and time again is unaccompanied minors coming downtown after 11-11:30 bringing the violence from their neighborhoods into downtown. That's not welcomed."

Schultz's whole mission is to make downtown a place where people want to live, work and play. But he says it's challenging to bring businesses down to the Circle City when there is violence like Saturday night, where three teens and three adults were shot just blocks from Monument Circle.

"The downtown businesses are tired of it," Schultz said. "And they're tired of their businesses having to pay the price for this."

WATCH | F.O.P concerned with lack of outrage after violent weekend in Indy |

Capt. John Mann with the Indianapolis Metropolitan Police Department Downtown District, says they're going to revisit their patrols and shift resources, like their mobile cameras, to hot spots they've identified.

Whether it be to monitor juveniles leaving the mall or on the canal — as a problem RTV6 saw six months ago.

Police are still searching for the shooter in this case and gave RTV6 a picture of a person of interest.

"We want people to come and enjoy this great city," Captain Mann said. "Whether it's the restaurants or the hotels, but we cannot tolerate the violence that's associated with it. So we will continue to put our efforts towards whatever it is that we think strategically is causing the violence for downtown."