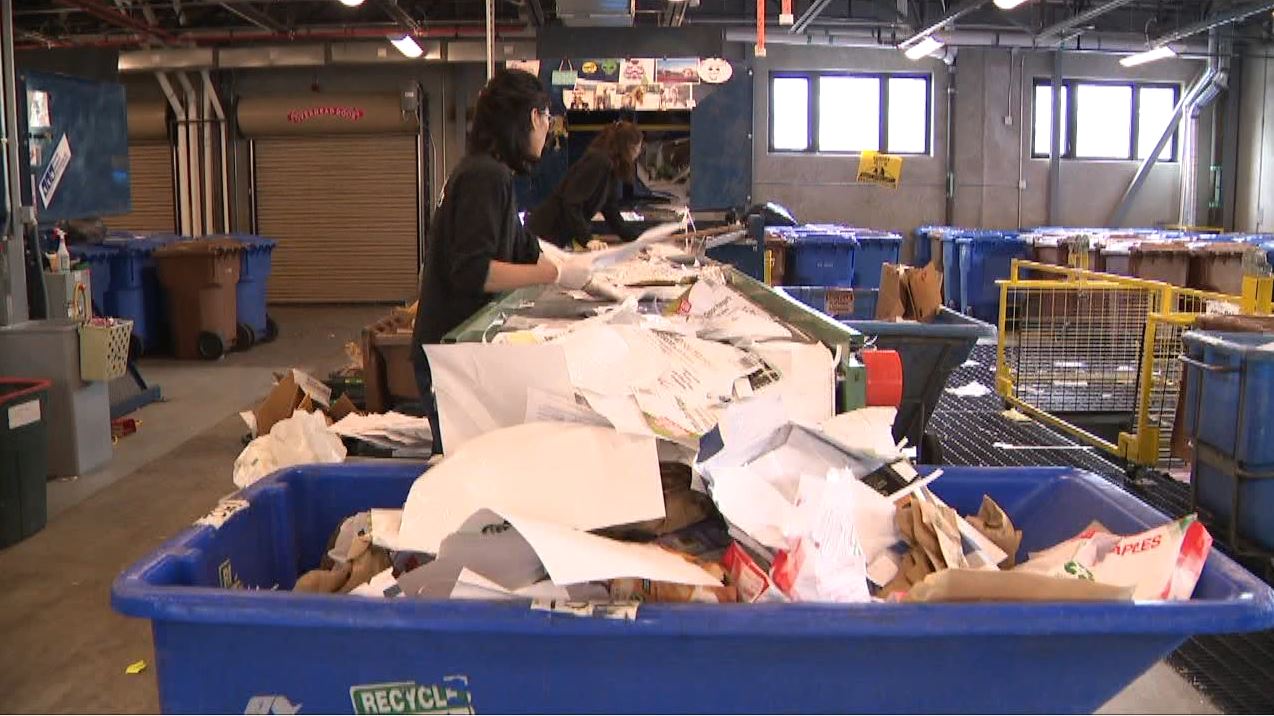 After Black Friday and Cyber Monday, the amount of empty packaging ending up in trash cans on the curb increases.

INDIANAPOLIS — After Black Friday and Cyber Monday, the amount of empty packaging ending up in trash cans on the curb increases.

Indiana Recycling Coalition members, like Allyson Mitchell, work to make sure those empty packages end up in a recycling bin.

"Take a minute and say these are valuable commodity materials that create jobs whereas trash doesn't create jobs," Mitchell said.

Mitchell says you should make sure you have a plan on Christmas morning to make sure the wrappings and empty packages end up being recycled.

"People maybe don't have the patience to set recyclables aside and either take them to a drop off location or put them in that separate bins," Mitchell said.

Some people like Liz Manasek think recycling is the only way to go.

"I think it's worth the extra step," Manasek said.

In Indianapolis, the recycling rate is 4 percent and Mitchell thinks this is because its not convenient.

"We haven't raised our solid waste fee in 30 years so we aren't bringing in enough revenue from taxpayers to cover the cost," Mitchell said. "So we aren't covering enough to offer recycling service."

Residents who want to recycle in Indianapolis have to opt-in and pay an additional fee for curbside programs or take their recyclables to a drop off location.

The current solid waste contract in Indianapolis isn't up until 2024, but the Office of Sustainability says they are in discussions with the Indiana Recycling Coalition about how to implement curbside recycling.

The map below lists locations you can drop off your recyclables in Indianapolis:

If you would like to recycle your holiday lights, Lights for Learning is providing drop off sites at the following places: