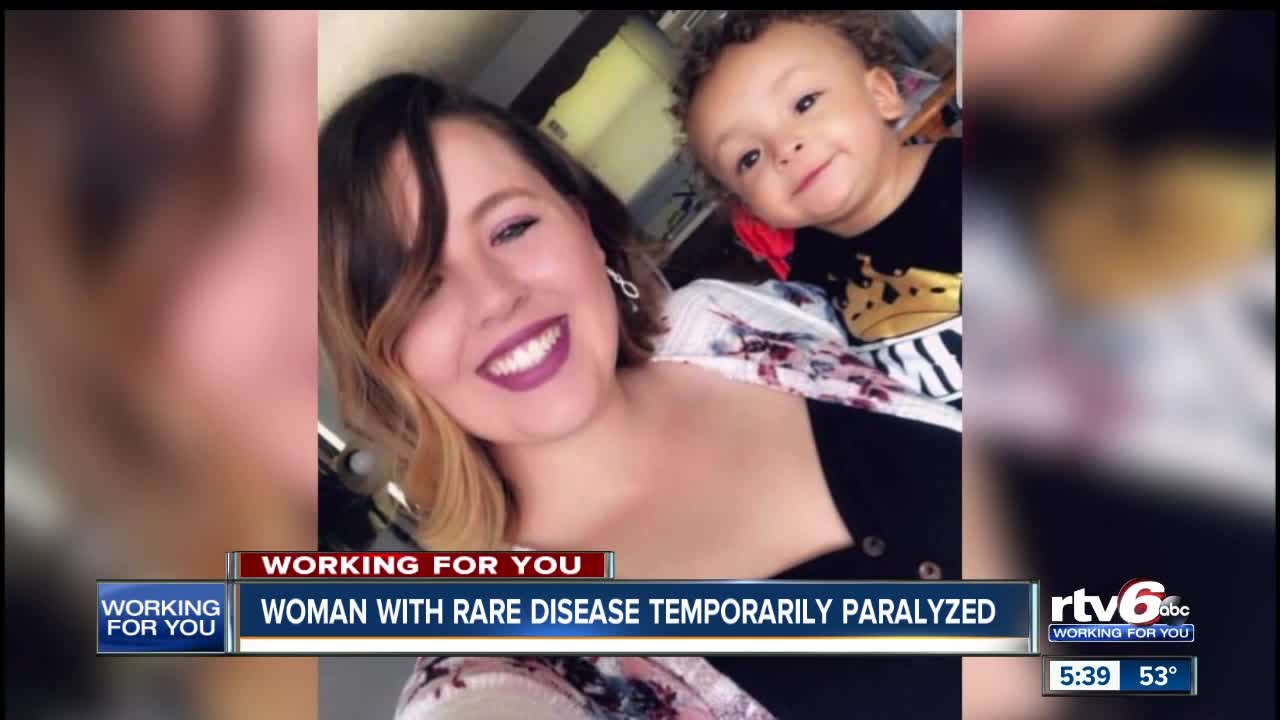 A rare disorder nearly took the life of a young mother earlier this month. Now, her family is telling her story as a reminder to us all to listen to our bodies when things don't seem right.

INDIANAPOLIS — Sierra Henderson is a young, healthy, newlywed with an 18-month-old baby and a full life ahead of her.

In early October, Henderson went to urgent care with complaints of foot pain and a bad taste in her mouth. Two doctors diagnosed her with a sinus infection — little did they know things were a lot worse.

For the last few weeks, Henderson's been at Community North, spending days on a ventilator and now starting the long road to a full recovery after being diagnosed with Guillain-Barre.

The disease is a very rare condition in which the immune system attacks the nerves.

"She went in for foot pain and came out with a sinus infection that was a little mind-boggling to me," Tim Goen, Henderson's brother, said.

Goen told RTV6 he's glad his sister listened to her body, and the very next day went to the emergency room for a second opinion. There they also diagnosed her with a sinus infection and referred her to a neurologist.

Guillain-Barre is a rare syndrome that some people get after having some sort of infection, according to the Mayo Clinic. Weakness and tingling are usually the first symptoms; then, these sensations quickly spread — eventually paralyzing your whole body.

"We thought she was going to have to learn to walk, talk, and everything all over again," Goen said. "Now, it seems the walking part is what's left to rehab, but since she's got the ventilator out, she can talk now, but it's kind of scratchy."

Goen says his sister gets better with every treatment, but he knows it could have been a lot worse is she hadn't been persistent.

"This has kind of opened my eyes quite a bit to things," Goens said. " ... I would say if you have any symptoms like that, make sure you get yourself to the hospital cause it could have got a lot worse. She could not be here right now."

Over the weekend, Henderson was moved from the ICU to the progressive care unit. Her family says she has a long road to a full recovery, but her positive attitude inspires them.

If you would like to support Henderson and her family on their road to recovery, visit their Go Fund Me page.