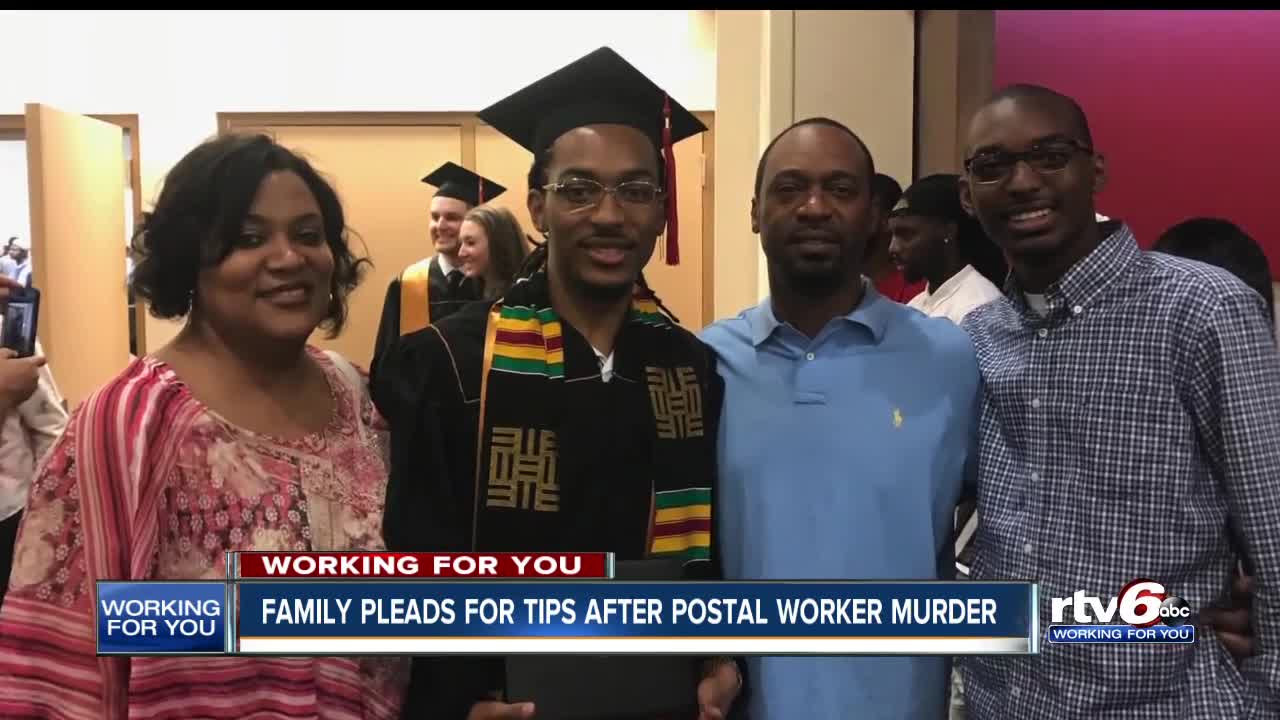 INDIANAPOLIS — An Indianapolis family is begging for answers after 24-year-old Shane Spells, a Purdue graduate and postal worker, was gunned down in his own driveway.

It was apparent by the size of the massive crowd gathered for a vigil just how much Spells was loved.

"I know that If he were here, to see all of this support and all the love that people have for him, he would be so thankful and so grateful," Theresa Miller said.

The federal employee who had dreams of becoming an entrepreneur was killed Sunday night when he was shot multiple times in front of his home near 56th Street and Kessler Boulevard. Almost a week later, police still have not named a suspect.

Friends and family are asking for anyone with information to come forward and help heal some of the pain from a strong legacy cut short.

"Shane was not a thug. Shane was not a product of a broken home. Shane never met a stranger," Sherri French said. "Everyone that Shane encountered can give you the same exact story about him: a respectable, young man, gunned down, violently for, we have no idea what the reasons are. It doesn't make any sense."

Shane Spells' family asks anyone with knowledge of what happened to call Crime Stoppers at 317-262-TIPS with any bit of information you can give. All calls are anonymous.