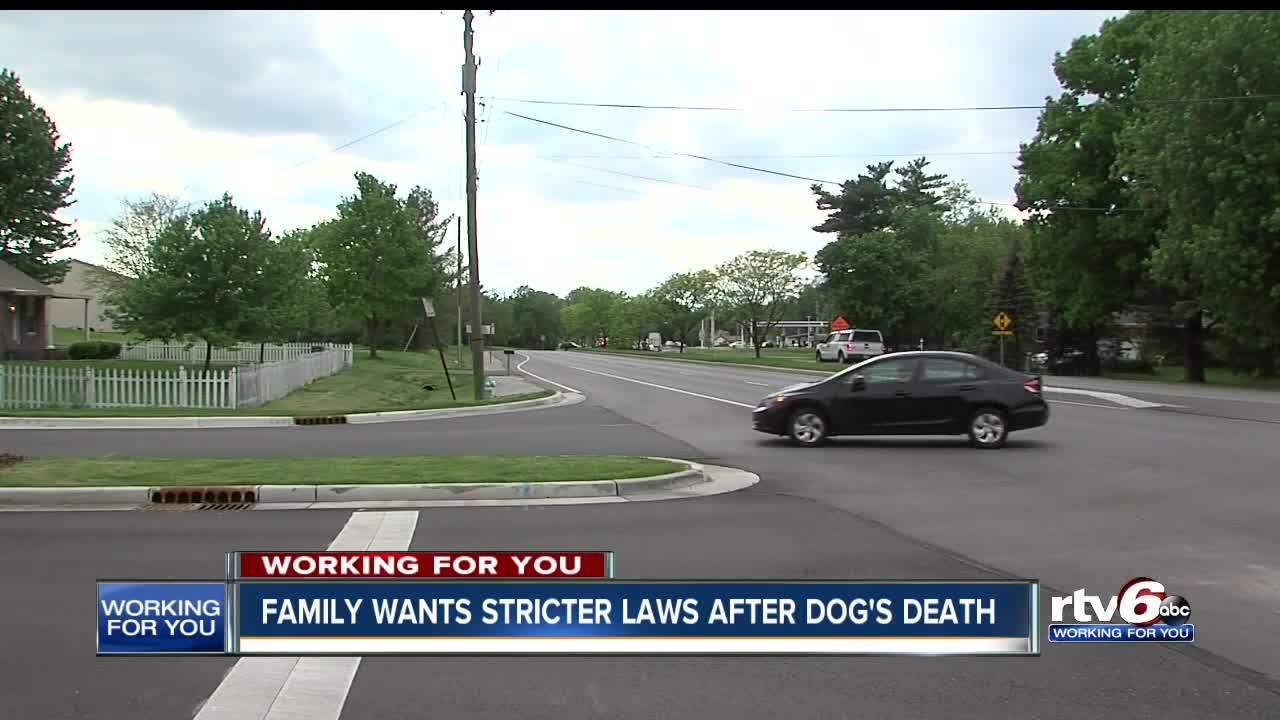 A family is speaking out about Indiana's animal laws after someone hit a boy's support dog and did not stop. 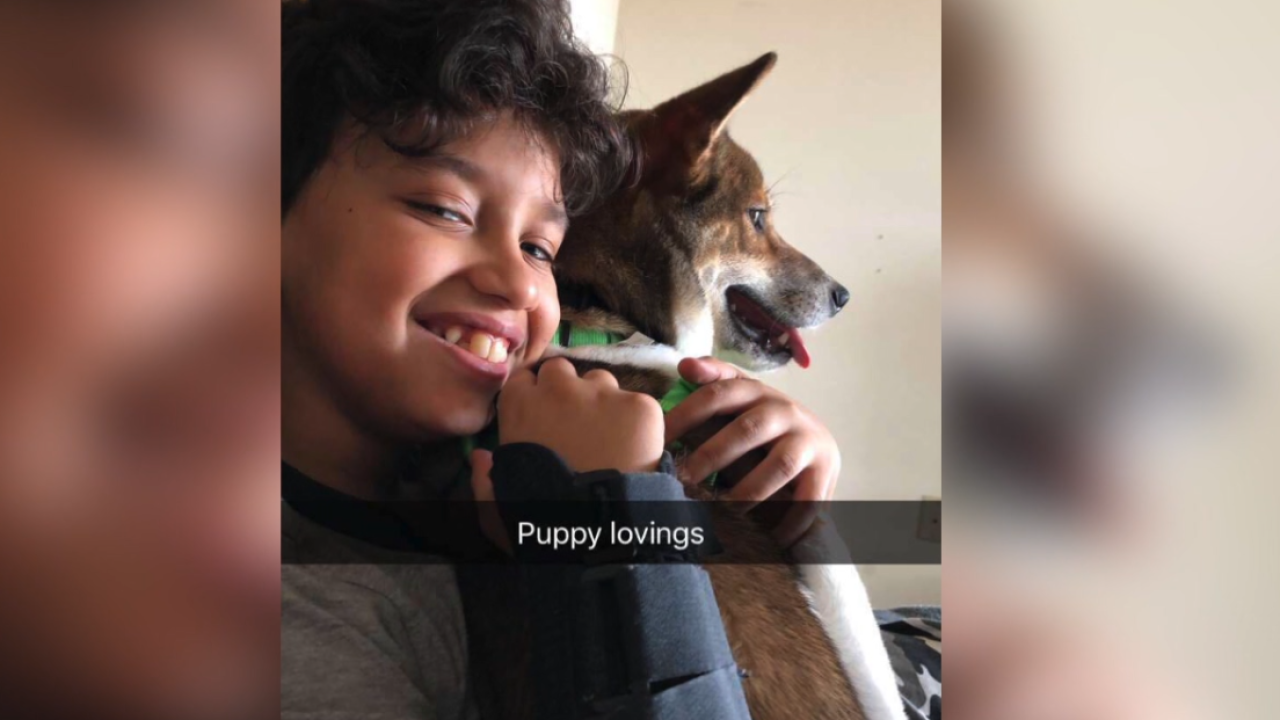 INDIANAPOLIS — There's a special kind of love between a boy and his dog. The kind that doesn't mind a ruff early morning wake up call.

A 13-year-old south side Indianapolis boy found the perfect best friend in his emotional support dog. But tragedy has his family speaking out about Indiana's animal laws.

"I kind of miss it because the house is so silent now," Kyel Morouney said. Kyel and his dog, Jackson, had a meaningful bond. "If I had a bad situation going on, I would let him out."

Kyel's mom, Kerry, says he deals with anxiety attacks that Jackson could help him through.

"The dog sometimes would lay on his chest if he was having a really bad attack," Kerry said.

That's why what happened on Saturday is even more challenging to deal with.

Jackson was at a neighbor's house when he ran out of the house toward Thompson Road. They went after him.

"I heard the brakes too. I heard it happen, but I didn't think of it," Kerry said.

Someone hit Jackson and took off.

Another neighbor arrived right after it happened and took Jackson to the vet — he didn't make it.

"It's heartbreaking that somebody could just leave an animal on the side of the road like that — in pain, suffering to just die all alone like that," Kerry said.

There are lessons to be learned from what happened.

"There's two violations at hand," Hannah Fisher, president of Hoosier Animal Law Officers (HALO), said. "It started out with the violation of the dog running at large, but there is some responsibility on the driver also."

In Indianapolis, anyone who hits an animal is required to notify the owner, or Indianapolis Animal Care Services by calling them or law enforcement to report the location where it happened and condition of the animal.

"I was even willing to pay the fine to Animal Control since he was out running around without his leash on," Kerry told RTV6.

Kerry takes responsibility for her role; now she wants the driver to do the same.

Dogs are considered property in Indiana, but Kerry wants anyone who leaves an animal to die to face a harsher consequence.

"If you don't stop and it's a hit and run its animal cruelty," Kerry said.