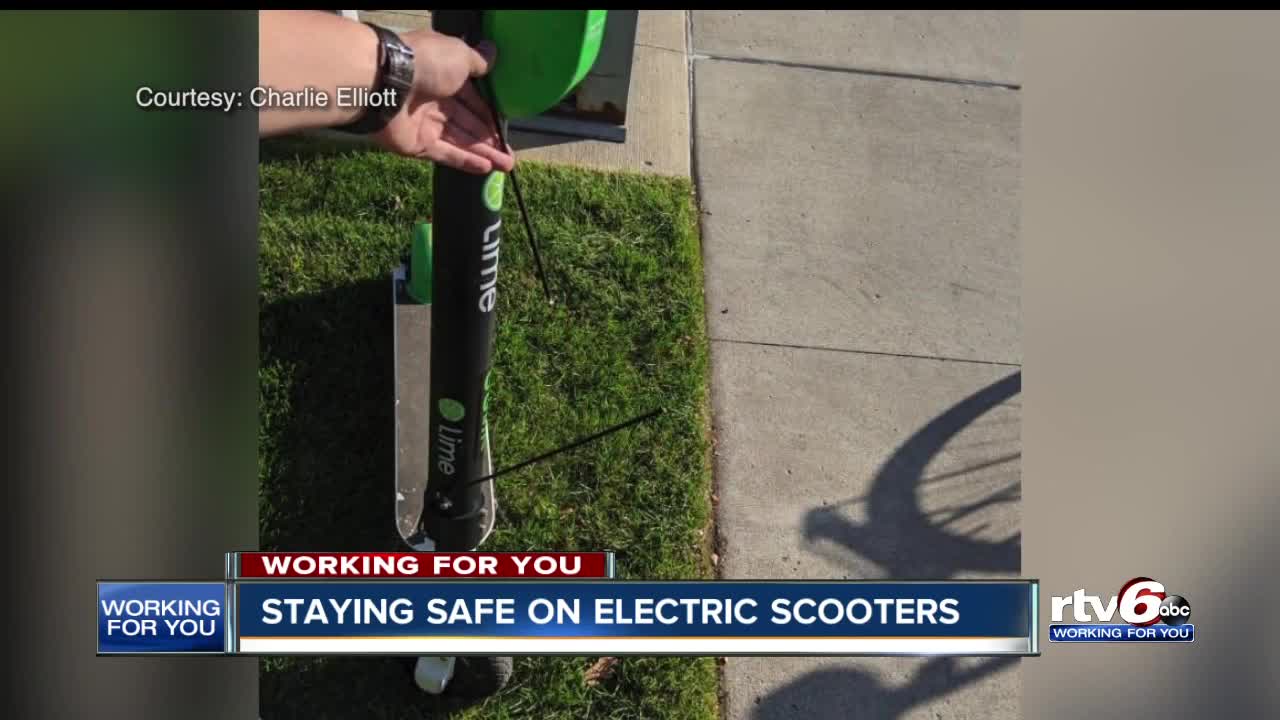 If a scooter breaks, the rider is supposed to report it through their app. But, RTV6 talked with a man who learned the hard way — that doesn't always happen.

INDIANAPOLIS — You might not realize you're relying on the honesty of others when you're grabbing an electric scooter to zip around the city — but you are.

If a scooter breaks, the rider is supposed to report it through their app. But, RTV6 talked to a man who learned the hard way that people don't always do that.

"Wow, oh wow," Corey Vanderbuilt, a scooter rider, said. "They could have ran through a stop sign or anything like that ... that's sick."

Like most of us, Vanderbuilt was shocked to see pictures of a Lime scooter's brake line cut.

"From what I noticed, I've never seen that but knowing it, honestly ... it's keeping me a little more aware, and maybe I should check them a little more often," Vanderbuilt said.

RTV6 spoke with Charlie Elliott, the man who rode a scooter with a broken brake line.

"After riding the scooter for a short distance, I noticed the brake line was cut," Elliott said.

Thankfully, Elliott didn't get hurt because, he said, he wasn't going fast, and the scooter seemed to slow itself down.

"I do kinda want to commend Lime because there appears to be some kind of internal breaking mechanism," Elliott said. "It doesn't work as good as the actual brakes, but it does slow down the scooter."

RTV6 reached out to Lime, and they said riders should always check to make sure scooters are working and not damaged before unlocking and riding them.