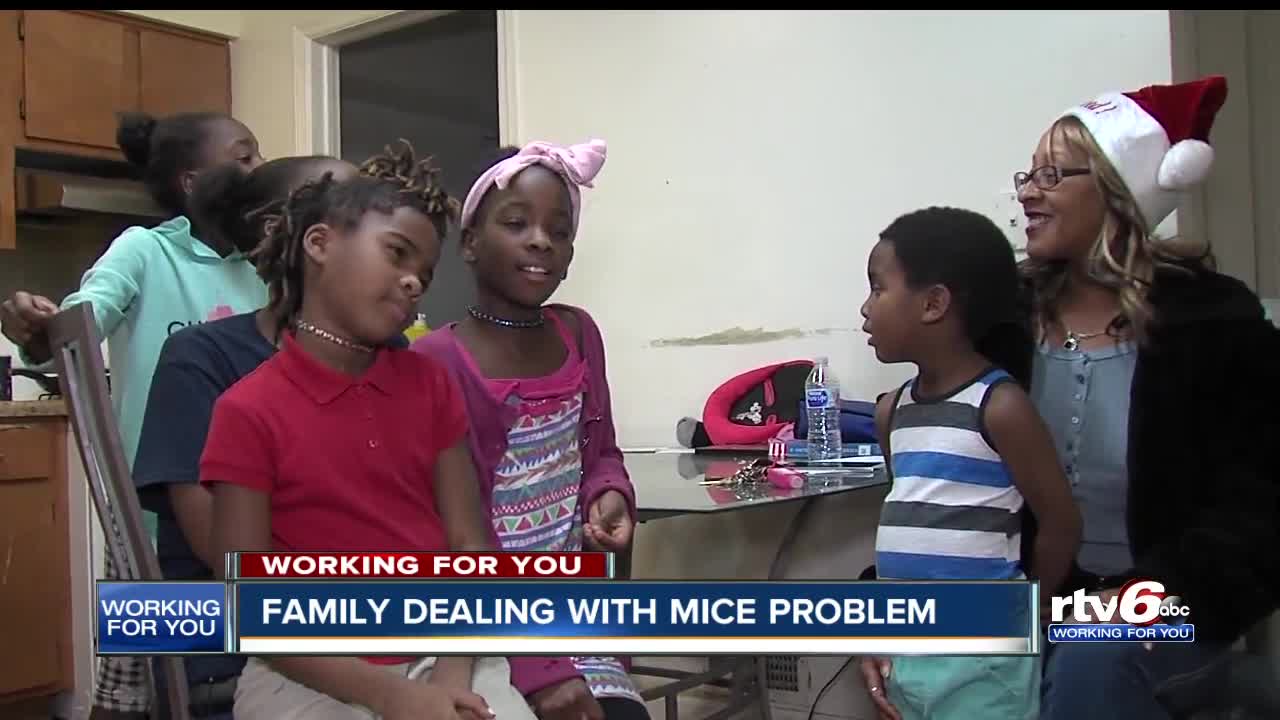 At least once a week, Britney Cole pulls out her refrigerator and stove and cleans because mice have made those spots their home in her home.

INDIANAPOLIS — At least once a week, Britney Cole pulls out her refrigerator and stove and cleans because mice have made those spots their home in her home.

"It's just really bad and I'm tired of staying here, having to deal with it," Cole said. "I don't love where I live, but I do care about it and I would just like to feel like they care about me."

Cole lives at Hawthorne Place, an Indianapolis Housing Agency complex on the city's northwest side. She said the rodents are a problem that is running rampant, and it's her put family's health at risk for two years.

Cole voiced her concerns with IHA executive director John Hall on Wednesday when he visited the complex as part of his “Love Where You Live” campaign.

Hall says he has offered Cole and her children a temporary relocation until the problem is fixed. The agency is limited with what chemicals it can apply while children are in the unit.

Cole pointed out that previous maintenance requests to fix the issue have created another problem.

"The poison that they throw out, it kills them and they go anywhere and die, and you have to like literally sniff it out and find it or else your house is going to smell like a dead rodent," she said.

Although the poison is working, Cole knows it's not solving the problem.

"When you see torn up paper and chewed up wood, that's evidence of a mouse nest," Cole said.

Several drawers in her house have torn up paper and mouse droppings throughout, which causes another issue for the mother of six.

"I have to take my clean clothes out, back those up, rewash clean clothes," Cole said. "I'm not going to send my children out after pellets have been on their clothes."

With the safety of her children in mind, Cole does what she can to keep them away from the mice, the droppings and the poison that litters her home. But she said it's becoming too much. She has done her part, and now she is calling on management to come up with a permanent solution.

"I haven't had anyone fill in holes. They haven't came through and inspected to see where the mice are coming in at and fill in those holes. It's just a little frustrating," Cole said.