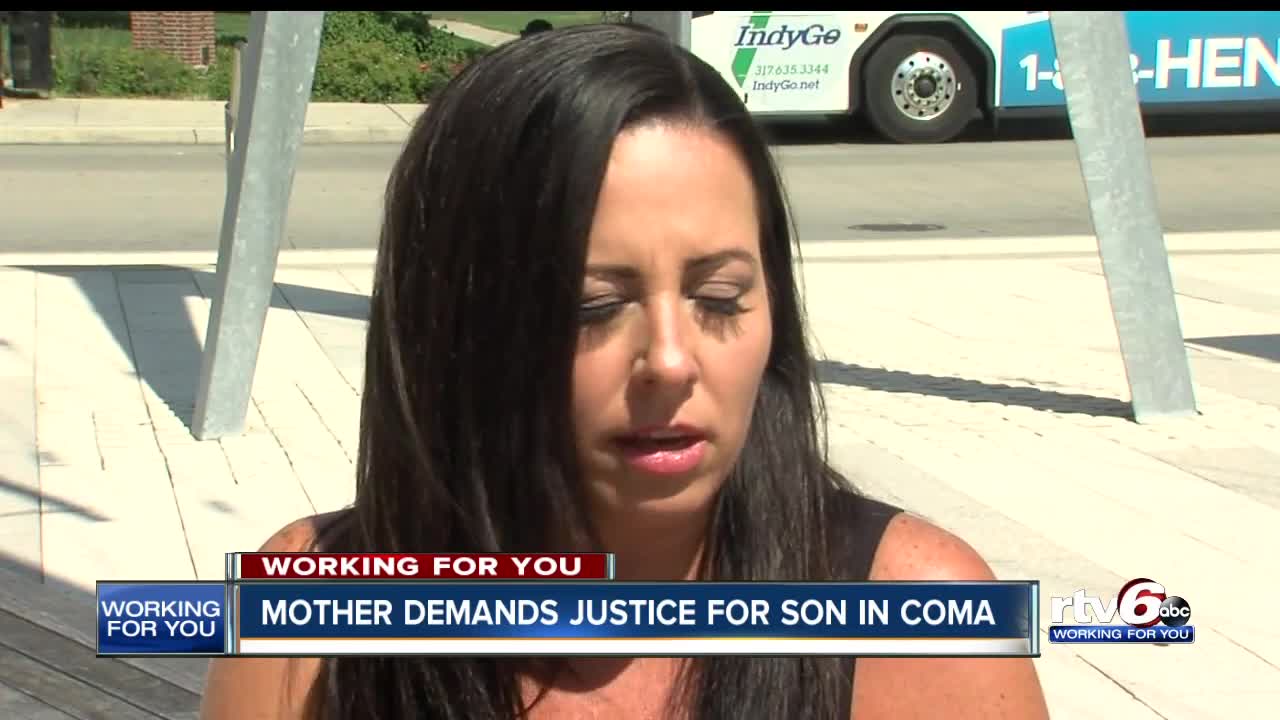 An Indianapolis mom is looking for answers after her son was left in a coma following a car crash.

INDIANAPOLIS — An Indianapolis mother said her 17-year-old son was left for dead when a night out ended in a car crash.

Police were called to Madison Avenue for a hit-and-run after somebody crashed into a moped and took off leaving the rider to fend for themselves. Marissa Cunningham said it was just the beginning of a series of potentially deadly decisions by the driver.

Cunningham got the type of phone call every parent dreads.

"My phone rang and it said my son's name," Cunningham said. "She was pretty hysterical on the phone, and she said, 'Kaylem's in an ambulance going to the hospital.'"

The group had just left a party on the south side.

"I hung up with her pretty quickly and now I'm searching what hospital he's at," Cunningham said.

After driving to Eskenazi Hospital, Cunningham got an unsettling answer.

"They were like an unidentified individual is here," she said. "You can only imagine when I walked in the room."

Kaylem's injuries were extensive. His face was swollen. He's currently in a medically induced coma.

"Attached up to everything imaginable, ventilation, the IVs," Cunningham said.

Cunningham started to learn what happened the morning after she first found him in the hospital.

"He was in the passenger seat," she said. "None of the kids were buckled up.

A police report says a driver crashed into a moped on Madison Avenue. Cunningham said Kaylem was in the car.

"That's when the impact happened with Kaylem, where his head smashed up against the glove compartment," she said.

He was knocked unconscious. One of Kaylem's friends wanted to get him to a hospital.

They drove 30 minutes north to a home. He was carried inside. When he started vomiting, his friend called 911.

"No one deserves to not be helped when you're capable of helping them," Cunningham said. "The doctors told me that if she didn't call, he would have died. When he wakes up, what is his quality of life going to be like? It's not going to be the same."

An IMPD spokeswoman said a detective was assigned to the case and is investigating, but now Cunningham can only wait. She is using the hashtag #JusticeForKaylem on social media to spread awareness about what happened.

"It's my worst nightmares come true," she said. "No child deserves to be left for dead just because of the selfishness of somebody else. The kids that did this to him need to be held accountable."