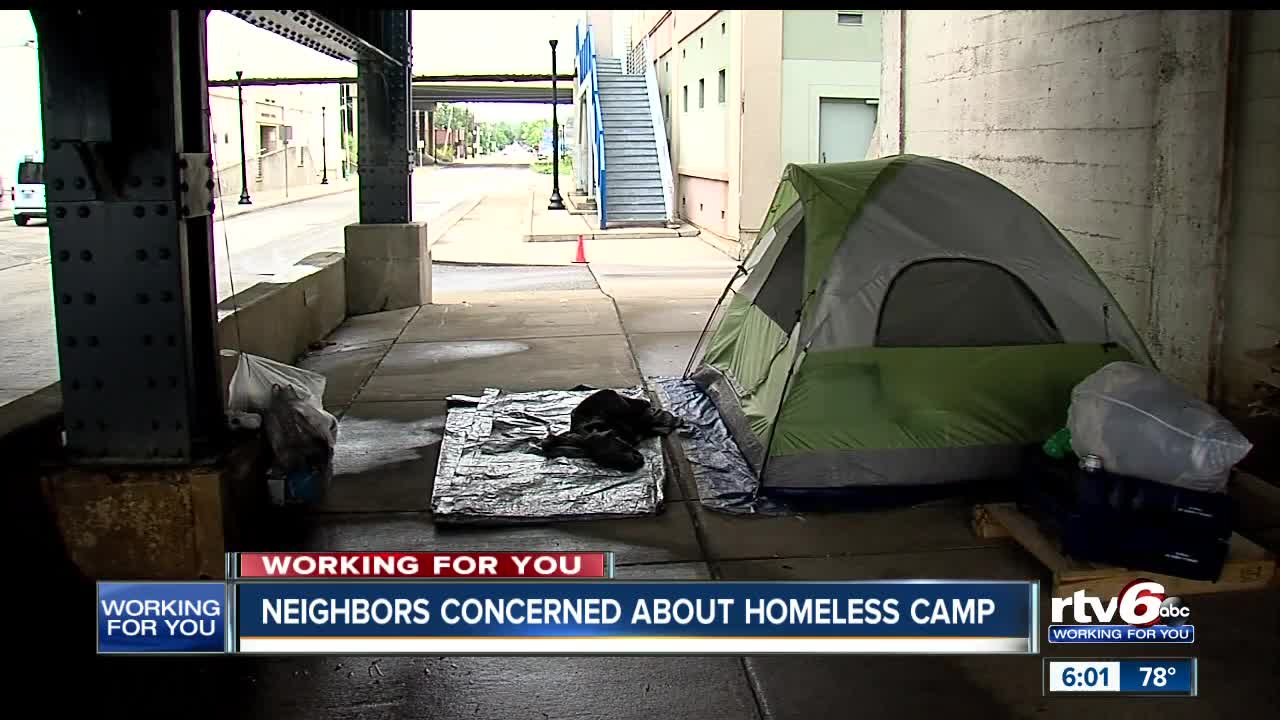 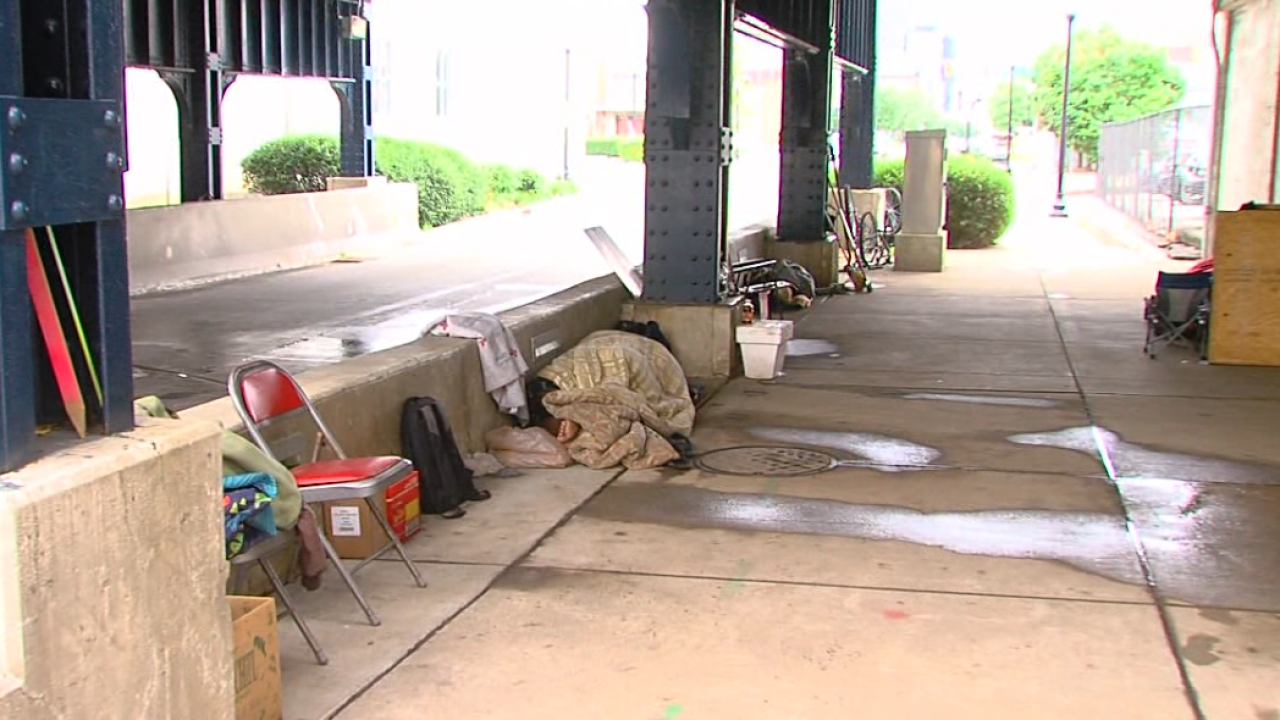 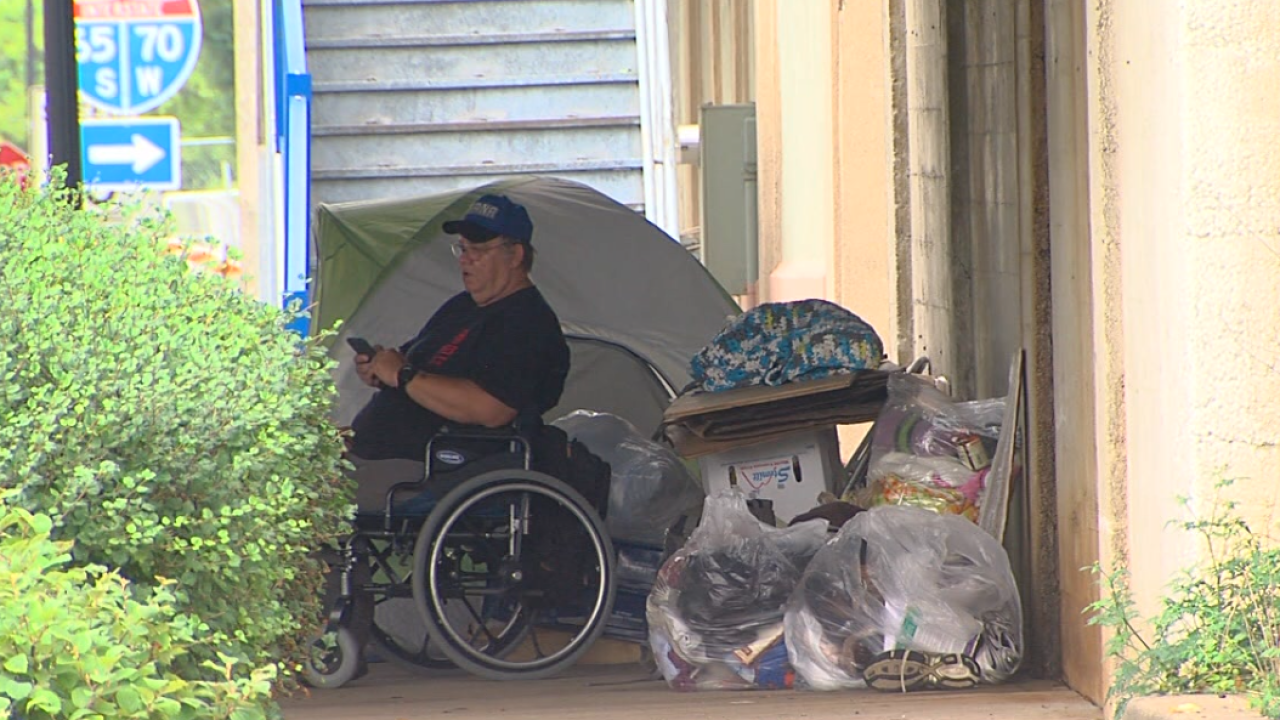 INDIANAPOLIS — A homeless camp recently moved into a neighborhood just east of Downtown Indianapolis, near the Holy Cross area, and neighbors are concerned.

Some neighbors are concerned with people staying on the sidewalks on East Market Street, just east of downtown. The road was partially under construction this summer, but once it opened back up, people experiencing homelessness moved in.

Some people in the Holy Cross neighborhood say they're worried about safety.

"The issue isn't about homeless. We have homeless here," Joe Valenti, who lives nearby, said. "We accommodate them at the lighthouse, Progress House, Salvation Army. That's not the issue. We just want a safe walk downtown."

Whether recent crime can be attributed to people necessarily staying below the underpass near College Avenue or not, some homeowners are experiencing break-ins.

"We've had break-ins, we've had six cars broken into south of my garage there," Valenti said. "We've had a renovated homes broken into."

A neighbor sent a photo to RTV6 of people sleeping on her porch.

"The homeless do need help. We realize that," Valenti said. "But we need help too. The homeowners need help."

RTV6 spoke with a man who is staying at the homeless camp.

"I have six children," Mark Fontana, who is experiencing homelessness, said. "One child wanted me to move in with him years ago, a couple years back, but I didn't want to go because they have their own lives."

He says he keeps the area clean for people to walk through.

"You don't have any reason to come through here scared because nobody's going to hurt you, or harm you, in anyway," Fontana said.

"They are legal citizens like anybody else," Officer Phil Smiley, with the Indianapolis Metropolitan Police Department, said. "So if they're on the sidewalk, they're perfectly within their rights to be there."

People are allowed to stay on the sidewalk so long as they don't block it entirely, according to IMPD's Homeless FLEX team.

"This sidewalk is probably 15 to 20 feet wide," Smiley said. "If they're just on a portion of that and you can still walk through there, there's nothing I can do."

The FLEX team visits each homeless camp in the city at least twice a week. Checks on them, sees if they can help in any way, and makes sure they're acting within their rights.

"Right now there is a housing crisis for homeless because there's just not enough. The waiting list is just outrageous," Smiley said. "If I can't house them right away, then they are within their rights to stay where they're at, and I can't make [them] go away."

"I just love this neighborhood. I love living here," Valenti said. "I will share with the homeless but homeless share it with me."

The city says if someone comes onto your property, call police immediately.

Mayor Joe Hogsett's proposed 2020 budget also includes money to expand the 'Pathway to Employment' program. It's the city's pilot workforce program that pays people who panhandle up to 40 hours a week to clean the city's streets.