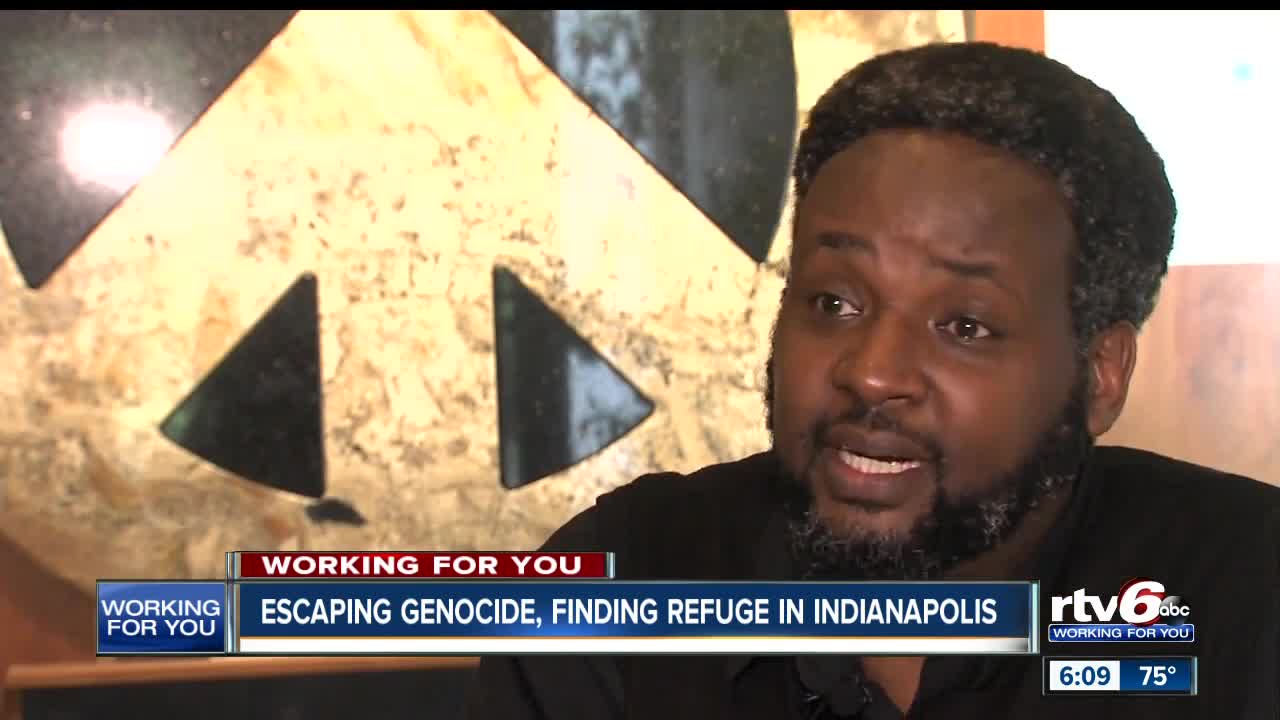 "Our organization is like a family. They don't call me caseworker or whatever. They call me Z. That's just my nickname," Kizito Kalima, The Peace Center for Forgiveness and Reconciliation founder, said.

The Peace Center for Forgiveness and Reconciliation is exactly what it sounds like: a group whose mission is to help victims of genocide and murder in their home country grapple with the aftermath here in Indianapolis.

"They come from Congo, Burundi, and Rwanda. And some of them come from Ethiopia," Kalima said. "For them, they don't have a country right now. Their country, Congo, is still in shambles. They're still fighting."

Kalima, the founder, is a genocide survivor himself. He escaped Rwanda when he was 14-years-old after his parents and other family members were murdered.

"I forgive those who killed my parents, those who tried to kill me, those who abused my sisters and cousins," Kalima said. "And it gave me a chance to move on."

He says on top of psychological trauma, mental health issues, and, of course, culture shock moving to a new country, there is just obstacle after obstacle for families trying to assimilate in America.

Thatha came to America when she was 12-years-old.

"My mother. She's in Africa. I live with my stepmom and my dad," Thatha said. "I had to leave them too because it was the right choice to make."

In part because of Kalima's mentorship, she's earned herself a basketball scholarship to play at Southern Illinois University next year. Just one family he has helped.

Kalima connects them with jobs, housing, makes sure they pay bills on time and helps navigate the American system.

Kalima says that often times, without his help, refugee families face eviction. "Eviction. It has happened many times," he said. "Lights being cut off. Kids being taken away."

The organization is always looking for volunteers and partnerships in the community. You can find out how to volunteer by visiting choosetoforgive.org.