Indianapolis organization in need of mentors for youth 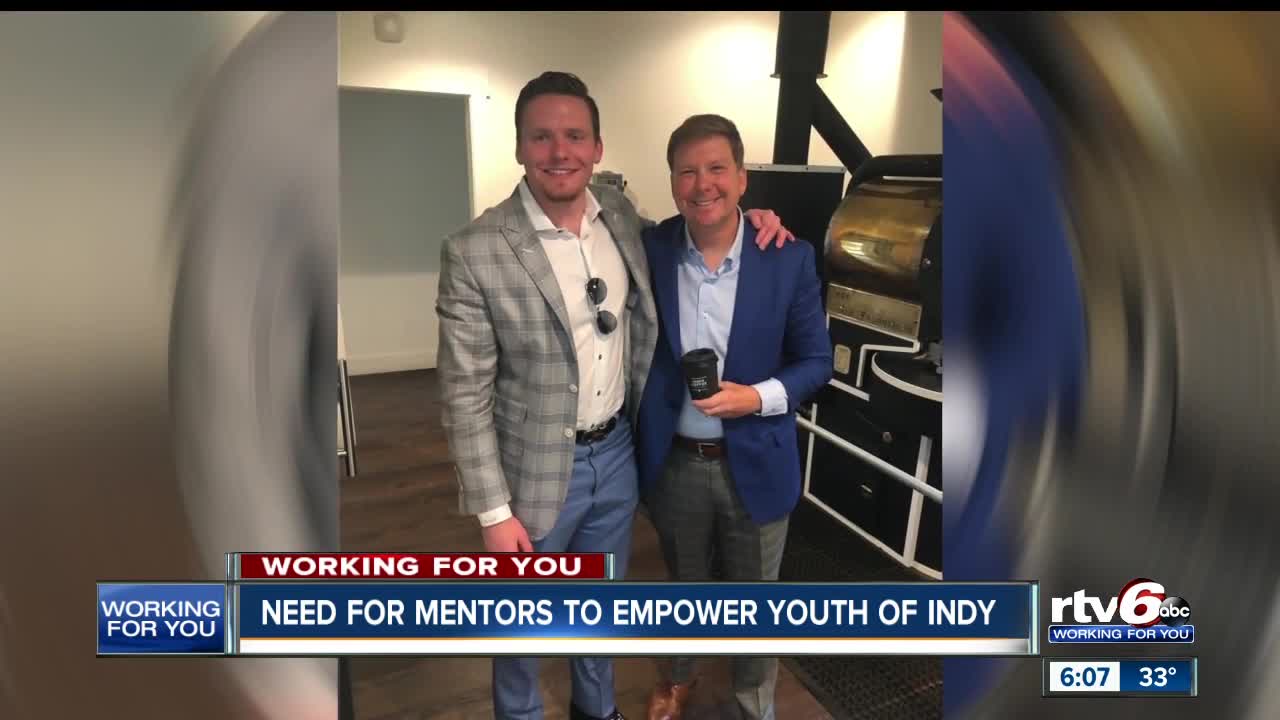 January is National Mentoring Month and a local organization says they need mentors to help encourage and empower kids in Indianapolis.

INDIANAPOLIS — January is National Mentoring Month and a local organization says they need mentors to help encourage and empower kids in Indianapolis.

About 1,200 kids are waiting for someone to look up to with Big Brothers Big Sisters.

"There's something that a female just can't replace with a male when they grow up without a father," Will Ramey said.

His mother signed him up to be a “little brother” when he was nine-years-old. Mentors like Doug Shrieve help to encourage and empower kids throughout the city.

"Being with Will helped me think about my future more,” Shrieve said. “And so being with him inspired me to be a better person."

Now graduated and years later, the two still stay in touch and meet for coffee once a week.

"Having a mentor, someone who chooses to spend time with you, invest in you individually, makes a huge difference and it's measured time and time again," Palmer-Shultz said.