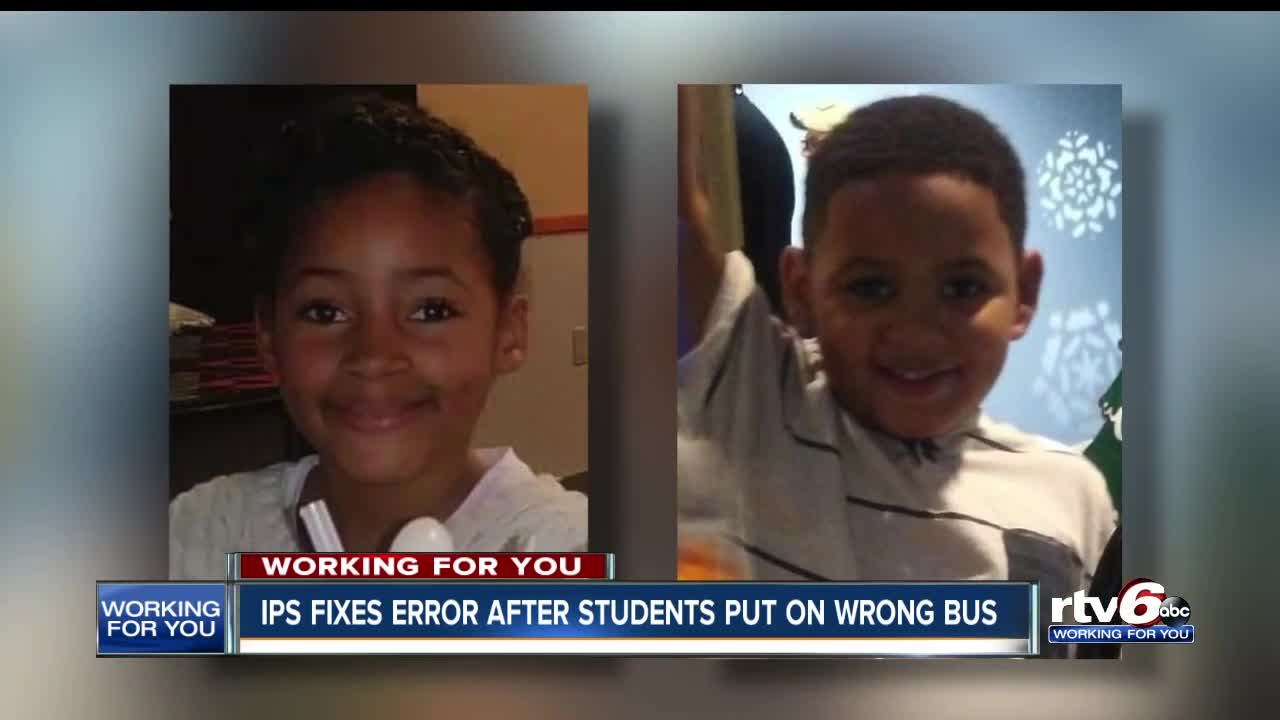 INDIANAPOLIS — It's a parent's worst nightmare.

"I get to the bus stop, and they are not there. I was like where is my kids at? And the bus driver is like, 'I don't know,'" Krysten, whose last name RTV6 is withholding, said.

It was the first day of school, and Krysten's kids didn't make it home on the school bus. And the frustrating part for her was that she knew there was a problem even before her kids stepped foot on a bus.

"Thank God my daughter was like, 'where are you all taking us? Because this isn't the way to where we live,'" Krysten said.

Before school started, she was sent a notification from Indianapolis Public Schools, laying out her three kids' bus schedule. She has a fourth-grade student, a second-grader, and a four-year-old disabled child in occupational pre-school.

That's when she noticed an incorrect address for her two oldest — an address from two years ago.

"I had one child going to one address and the other child not in the system at all," Krysten said. "And they went to the same school last year. Same address, same bus stop."

Krysten says she couldn't get through to the IPS transportation department by phone, so she found an email online, but still couldn't get it resolved.

"I was forwarding to the principal like, 'this is my correspondence with whoever I was with dealing with at IPS, and you guys could clearly see that I was letting them know whatever you have in the system is not right for my kids,'" Krysten said. "'Can you please put them back on the schedule that they had last year.'"

IPS says they accidentally entered the wrong address. When they went to change it — once notified by the parent — they made a second error in the system, so the problem still wasn't fixed.

"I don't know what you told them, or what happened, but after you guys got in contact with them, I started getting phone calls saying, 'hey we fixed it,'" Krysten told RTV6. "Well, where were these phone calls when I was sitting up here practically — not yelling — but crying out, this is dangerous!"

IPS says the student did the right thing by speaking up to the bus driver. Drivers are not trained to leave children at incorrect bus stops. Drivers will immediately call dispatch and try to work out the problem, or take the child back to school.