Indianapolis residents fed up with potholes months after winter 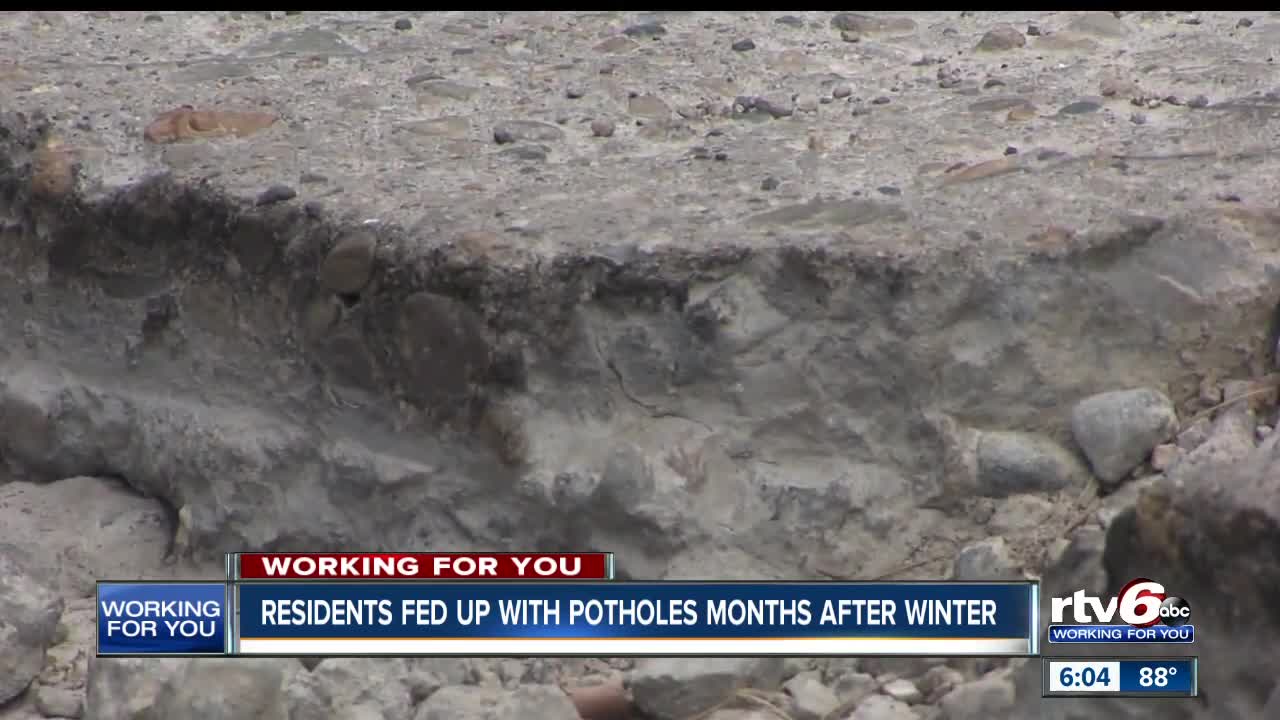 Indianapolis residents fed up with potholes months after winter

INDIANAPOLIS — Winter may be long gone, but the potholes it created are still wreaking havoc on drivers trying to get from Point A to Point B.

One of those people can't even get home without hitting a pothole. And her pothole has been on the city's to-do list for months but didn't see any action until Tuesday.

It's July and potholes still claim home on the streets of Indianapolis and some residents are fed up.

"I've been calling for the last five or six years, and it just gets worse and worse, and this year it's just ridiculous," Ernestine Moye said.

Ernestine Moye has lived in her east side home for 21 years, and in that time, the road that leads to her house has fallen apart. It's made of concrete and has numerous craters, leaving residents to ask the city when the entire street will be completely re-done.

She and her daughter Karen have called the city numerous times asking that her street pattered of potholes be filled. Their request from February is still listed as active on the city's online pothole map.

"Is it acceptable that I'm low on the pole? No, it's not acceptable," Moye said. "I called in in February, and just a couple weeks ago she said, 'Oh, Mrs. Moye I'm going to put you on the schedule.' But they never did — so here we are."

While drivers are still battling potholes on Breen Drive, across the city the Department of Public Works crews is making progress. Since January the city crews have repaired more than 28,000 reported potholes, with 2,700 left to go.

"I decided to call channel 6 because you guys are working for us and it's been proven to me because every time I call you guys get right back with me," Moye said. "So this is like our last resort."

Not only did a DPW crew go check out the street once RTV6 contacted them, they told the newsroom that once a team is available they'll begin work on Breen Drive and two neighboring streets.