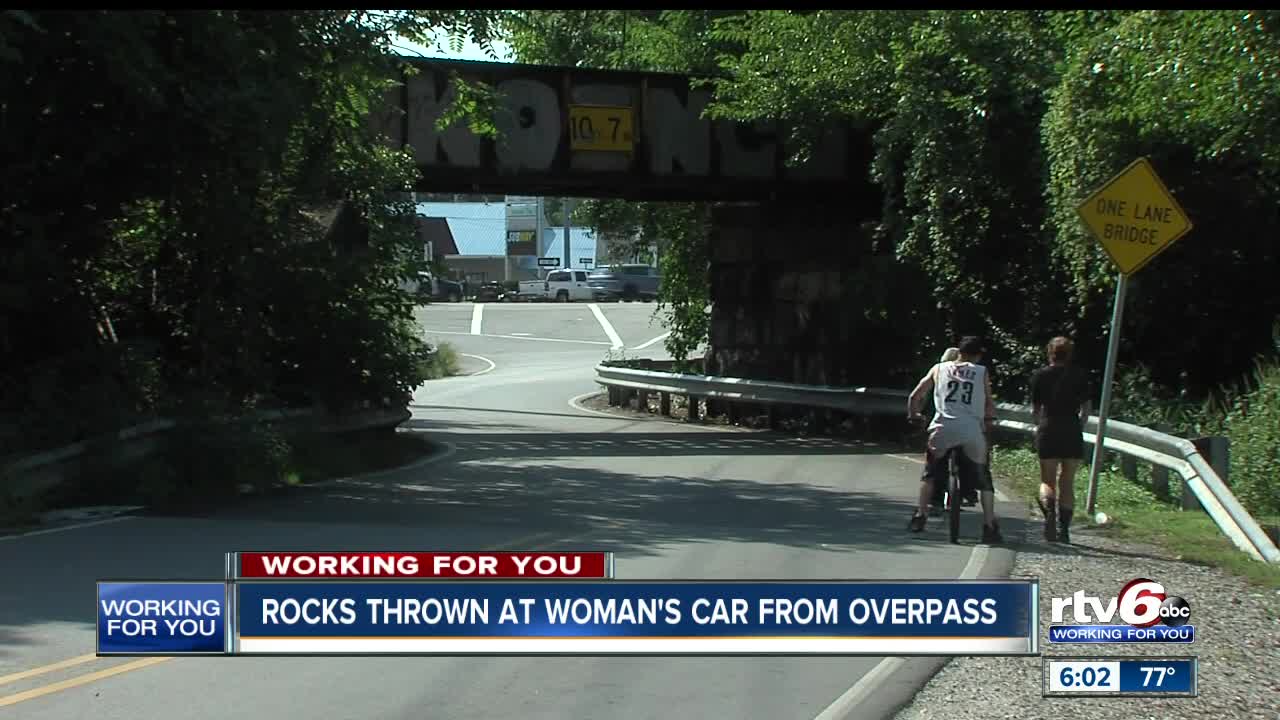 INDIANAPOLIS — It's a nightmare scenario for any driver: Someone throws a rock at your windshield and there's nothing you can do to get out of the way.

That happened to a woman in Decatur Township when she drove under a railroad underpass on Kentucky Avenue near High School Road on the southeast side.

"It was loud and it scared me," Amy, who asked to not have her last name published, said. "I was going underneath the underpass. I heard a loud thud hit my car."

She was on her way back from the grocery store. The underpass is less than a block from the entrance to her neighborhood.

That's why Amy wanted to share her story. She posted about her experience in her local social media groups, as well. Police say they don't have any suspects at this time, and anyone with information is encouraged to contact law enforcement.

"I did it to just point out to people that someone's causing trouble going under there at night that they don't get injured or hurt," she said.

She realizes it could have been worse, and she said she will now go the long way to get home at certain hours of the day.

"When I drive I look straight at the damage and it is in my line of sight," she said. "I'm not going to go underneath there during night because I don't trust it anymore."

She knows a trip through there is unavoidable eventually, though.

The damage will be costly. Amy said there is damage on the driver's side, which is in her line of sight, and she will have to pay a $500 insurance deductible to get her car fixed, but she is just glad she is OK.

"Now I have to fix a car that I just got. Money that I didn't plan on spending," she said. "Luckily it didn't break, and I'm not hurt. I was just more scared than anything."