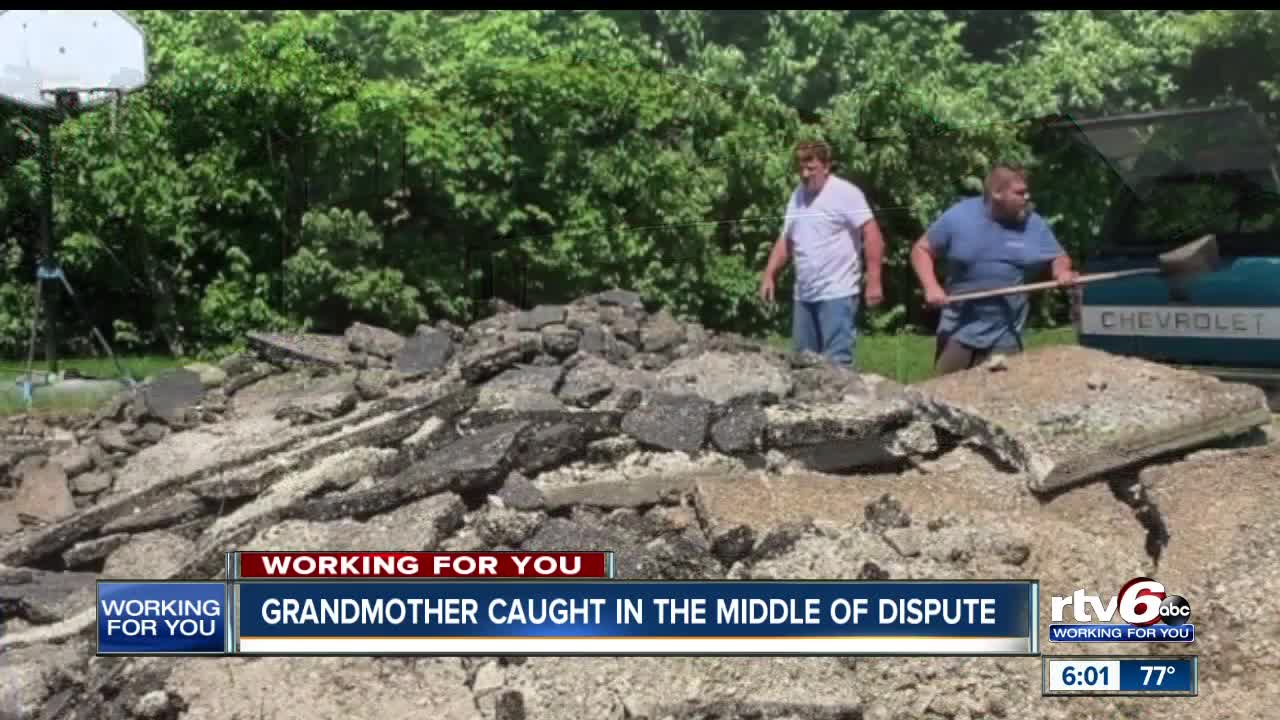 The current condition of the driveway is a problem for Rosie Jones of Indianapolis, who is on the road to recovery after two strokes.

INDIANAPOLIS — A grandmother recovering from multiple strokes is trying to avoid a setback as plans to put in a new concrete driveway — so she can take walks and exercise — are being delayed.

It's been a rocky start to a project meant to help Marcia Johnson's mother.

The current condition of the driveway is a problem for Rosie Jones of Indianapolis, who is on the road to recovery after two strokes. She was hoping the concrete driveway would be done so she could exercise and strengthen her mobility.

She lost faith in the contractor and says she especially has since the tear out also caused damage to her neighbor's driveway, which is now an unforeseen expense.

Presley Junior told RTV6 that he had equipment issues and wants to finish the job.

However, Johnson says she will not keep him on the job.

"I don't feel that he has the expertise to complete this job. Correctly," Johnson said. "I don't want a job done and that I have to tear up and pay someone else to repair what is not done correctly."

"At this point, I want to pay him for what he did, and I want the remaining of the money so that I can pay for to be done quickly and correctly," she said.

Despite RTV6's attempt to help resolve this dispute with the contractor, Marcia has decided she doesn't want the contractor on the property and is taking him to court.

Presley Junior says he can repay Johnson her money in installments. He said he did not have the cash on hand to make full a payment in one lump-sum.

Johnson has learned a lesson, a lesson that she hopes will save others money:

"I've learned that you don't give anybody a big deposit. If they don't have enough money to do the job without a big deposit, that should be a red flag. Also learned I should've done a little more research in the work that had previously done."