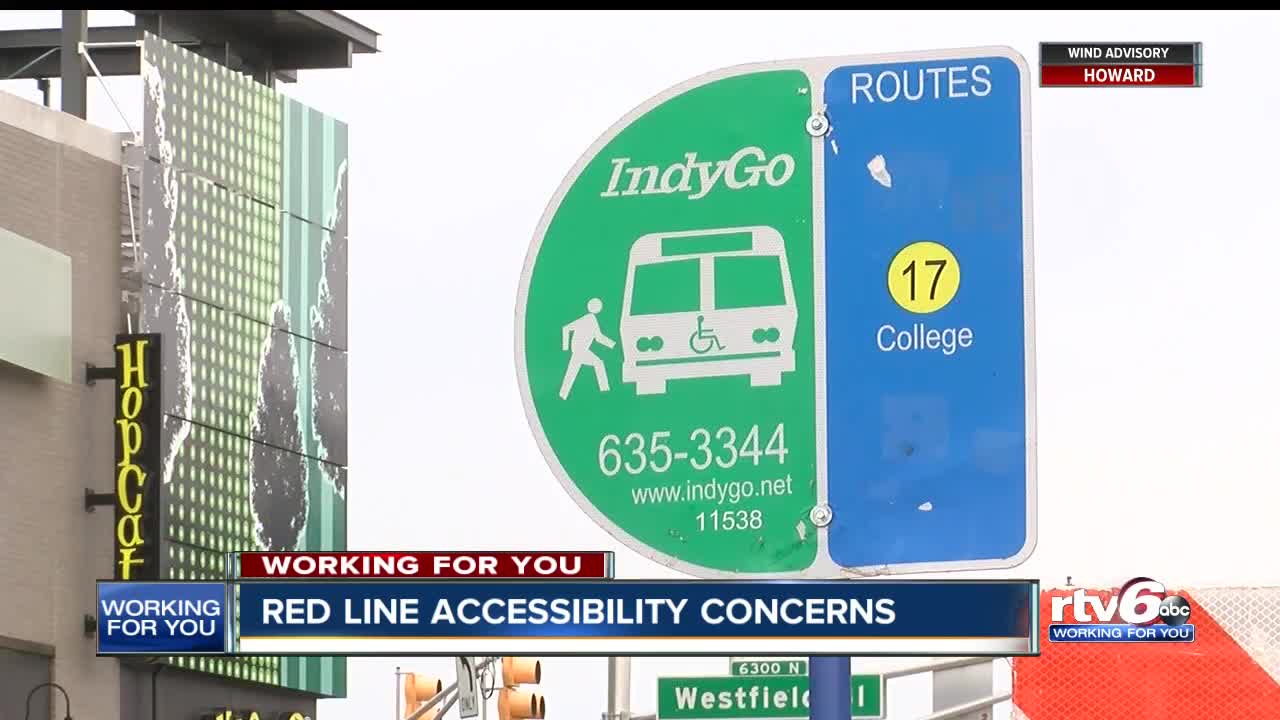 INDIANAPOLIS — IndyGo Red Line construction is hard to miss around the city. But there's one thing that may be harder to find once the work is all done.

There will be 12 fewer stops College Avenue, between 38th Street and 66th Street.

"This is public transportation," Linda Furuness said. "It’s for those people particularly who this is their only option."

Furuness said she and her husband ride the bus occasionally and noticed a lot of bus riders with mobility issues. "They get on it at a spot that's close to where they live."

A spokesman for IndyGo said when the Red Line is complete the distance between stops along college will grow from one or two blocks to around a half mile.

Bryan Luellen with IndyGo told RTV6 that every stop on the Red Line will be compliant with the American with Disability Act requirements, and says there are trade-offs in having greater distances between stops.

The tradeoff, according to IndyGo spokespeople, is faster buses and less time between each bus. They said when they received feedback from the public people told them they would trade further apart bus stops for more frequent buses.

"I ride it every day for the last 15 years," Gregory Davis, a veteran who walks a couple of blocks to his stop, said.

Davis said it doesn't bother him to have to walk further than a couple of blocks to get to the bus stop. He said, "It’s just being responsible, because if you want your job, you’re gonna be there, right?"

Right now, people who qualify for IndyGo's curbside service called "Open Door" can ride IndyGo buses for free. That will soon change, and the price will be 85 cents.