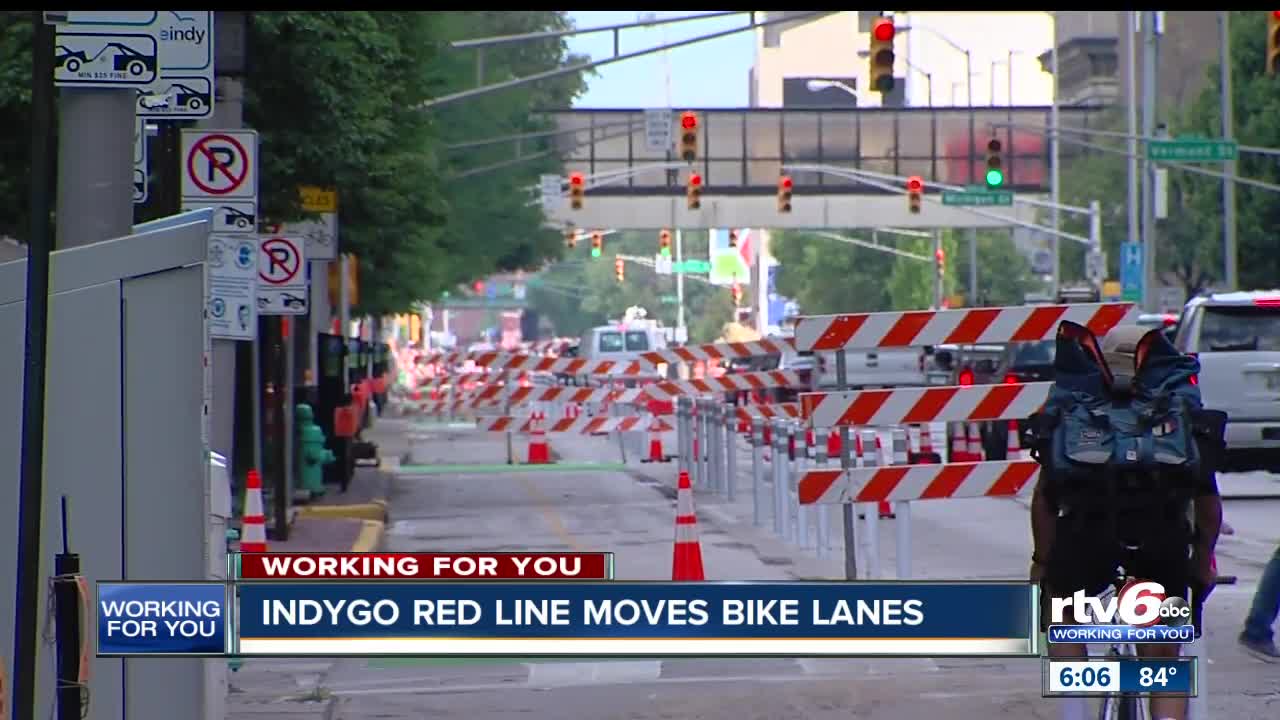 New bike lanes are popping up in Downtown Indianapolis, which means significant changes for driver and bicyclists.

INDIANAPOLIS — IndyGo's Red Line is not only changing the way drivers are getting their cars through Downtown Indianapolis; it's also changing the way bicyclists get from point A to point B.

Before the Red Line officially rolls through Indianapolis, new bike lanes are already open for business, and that means changes for Hoosiers on two wheels and four.

"We removed a bike lane on Capitol Avenue going south, and because of that we added the bike lane here on Illinois," Vanessa Rivera, with IndyGo, said.

That new two-way bike lane leaves one fewer lane for drivers headed north on Illinois Street. What used to be a lane for parking on the side street, is now the bike lane — leaving some drivers confused about where to park.

As the traffic pattern changes so do the rules, and now that the bike lanes are here, drivers can get a ticket for parking in the bike lane.

The bike lanes also come with poles meant to protect bikes from car traffic that is welcomed news to Karen Jackson-Gray — a New Yorker turned Hoosier and an avid biker.

While new bike lanes are taking away space for drivers trying to leave downtown, Jackson-Gray says what the city is gaining is priceless.

"It's a great attraction for those of us who want to ride," Jackson-Gray said. "I will feel even safer knowing those barriers are there and that the motorists will say, 'oh that's a bike lane, there behind the bike lane, and I've got to respect that.'"

For a walkthrough on where the new parking and bike lanes are — watch the video above.