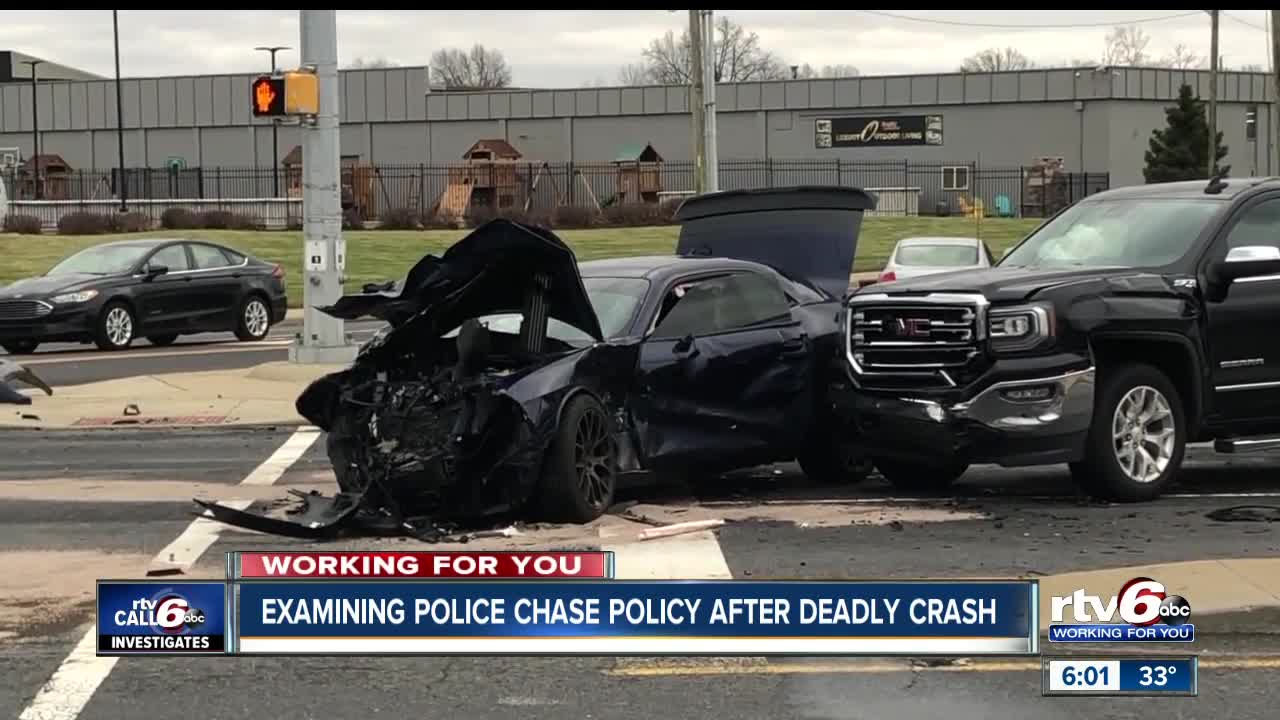 Authorities are investigating to see if protocols were followed after a man was killed when a police chase ended in a crash Monday afternoon on the northeast side of Indianapolis.

INDIANAPOLIS — Authorities are investigating to see if protocols were followed after a man was killed when a police chase ended in a crash Monday afternoon in Lawrence.

Charles Alexander, 64, was killed when the suspect crashed into them during a police chase, Marion County Chief Deputy Coroner Alfie Ballew said in an email.

The chase started in Indianapolis and went through parts of Hancock County, before the suspect came back into Marion County, according to police.

PREVIOUS | One killed, suspect in custody, after police chase ends in crash in Lawrence

About a month ago, Indianapolis Metropolitan Police Department Chief Bryan Roach updated the department's pursuit policy to make it more restrictive when officers are allowed to chase suspects.

The IMPD Internal Affairs Unit is looking into the incident.

"Based on what I know, the officers would have been within the policy that we currently have," IMPD Assistant Chief Chris Bailey said. "Under the current policy, you can chase for traffic infractions, misdemeanors, felonies. Under the new policy, it's restricted to no infraction violations without some other articulable reason why we may be conducting that pursuit."

You can view a copy of IMPD's pursuit policy below: