Investigators seeking info on dog that was killed, left in a field 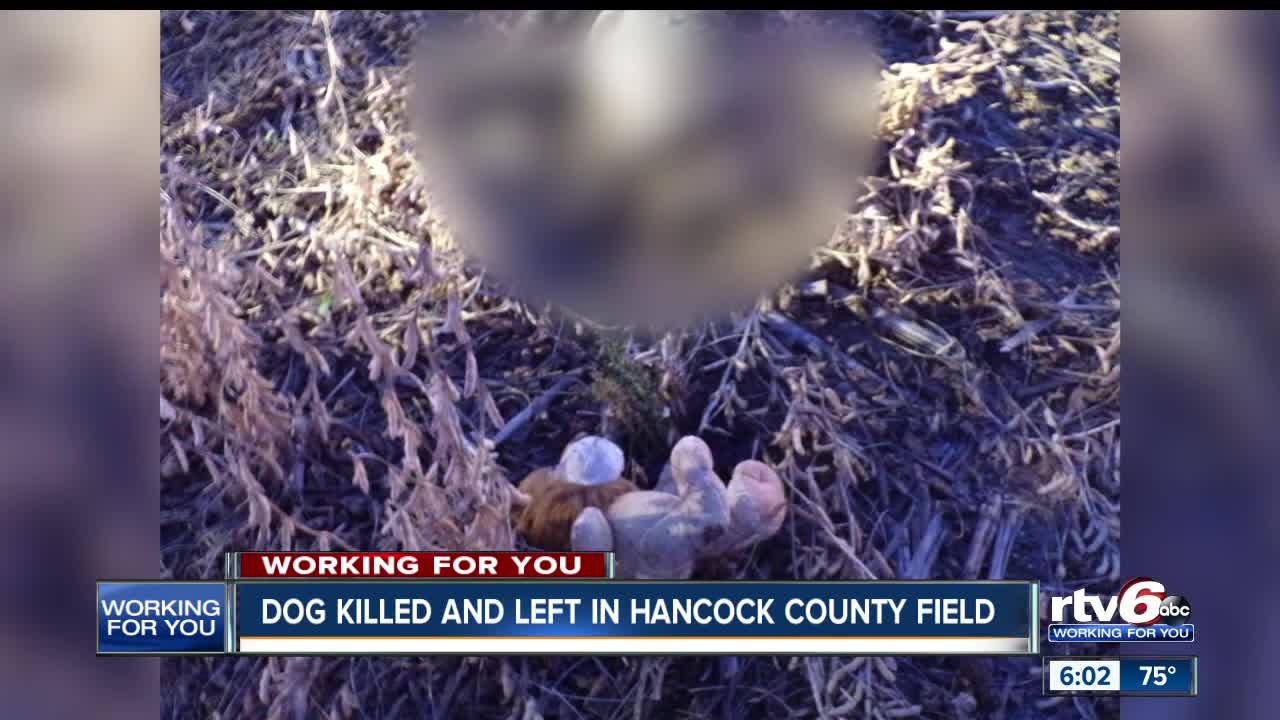 Authorities are trying to figure out what happened after a farmer found a 10-month-old dog in his field that had been killed.

HANCOCK COUNTY — A Hancock County farmer was working in his field when he made a terrible discovery: a 10-month-old dog, killed and left not far from the road.

"It's disgusting," John Shaw said. "It just honestly is. It still had its collar on, leash attached and it had a stuffed animal lying there beside it. I mean, it's very sad."

Greenfield-Hancock County Animal Management is now investigating. The agency said the dog appeared to have injuries to its head and they don't think the death was accidental.

"He doesn't appear to be malnourished or starved anything like that," Greenfield-Hancock Animal Management director Amanda DeHoney said. "It's just strange for a dog to end up either "

Even more strange, DeHoney said the farmer found a bloody crate in the area about a week prior.

"So we are not sure if someone did this maliciously," she said.

The dog's microchip led them to the owner. He told investigators he adopted the dog named Boss a few months ago from Indianapolis Animal Care Services. He said he was unable to care for Boss, so he gave him away.

He didn't know much about the man who took the dog, and he couldn't provide a last name. Investigators are trying to find that person and figure out what happened.

"Why couldn't you take it back to the shelter or give it back to the person who had given it to you?" DeHoney said. "Whatever possesses someone to be this cruel to an animal who can't defend itself?"

DeHoney said anyone who cannot care for their pet should return it to the shelter. If a shelter un unable to take the animal back, it can at least provide resources to make sure the animal ends up in a good home.

As a dog owner himself, Shaw wants answers.

"If he will do this to an animal, what will he do to a child or anything else? I hope they find him and give him everything that he's got coming," Shaw said. "There's three things you don't mess with: my wife, my family and my dogs."

Investigators are still looking to piece together exactly what happened, and they are asking anyone with information to come forward.