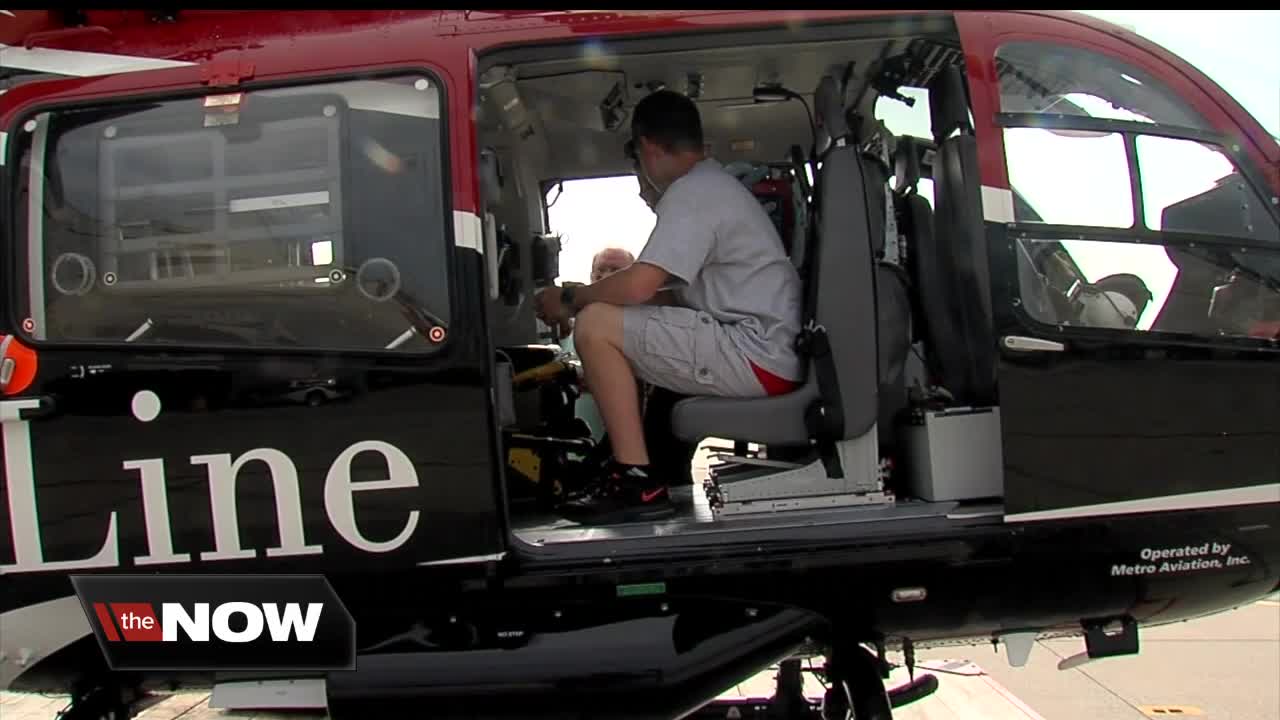 INDIANAPOLIS — For 15-year-old Trey Edens, the IU Health LifeLine Chopper is more than just a helicopter, it's a lifesaver.

"I would not be here and probably would have died, because of the problems that I was having," Edens said.

As a baby, fluid was filling in one of Edens' lungs, pushing against his heart, and he needed immediate surgery. His father held his breath when he heard a helicopter was on the way.

"Definitely, if it wasn't for them, the outcome probably wouldn't be what it is today," Lynn Edens, Trey's father, said.

LifeLine took him from Anderson to Riley, which is now one of the thousands across Indiana, and parts of Ohio and Illinois that are transported by this crew to get critical care.

"Our role is to show up when, maybe, some of hope is a bit lost, or a bit low," Cory Hall, Director of IU Health LifeLine, said.

Once a call comes in, it takes at most ten minutes to get a chopper up.

"We have the privilege of coming to provide a high level of care and ultimately bring those patients to what, maybe, their only chance of survival," Hall said.

Along with the helicopter fleet, they use mobile intensive care units.

With everything that LifeLine did for Edens, he is grateful and is now an EMS certified responder and a cadet in training with his local fire department.

"I can always be able to thank them for allowing me to be here today, and overcome the problems that I did have," Edens said.

Forty years of being a true lifeline, bridging the care for patients in need, like Edens.

Below is a coverage map of how long it may take for a LifeLine chopper to reach you, depending on where you are in the state.