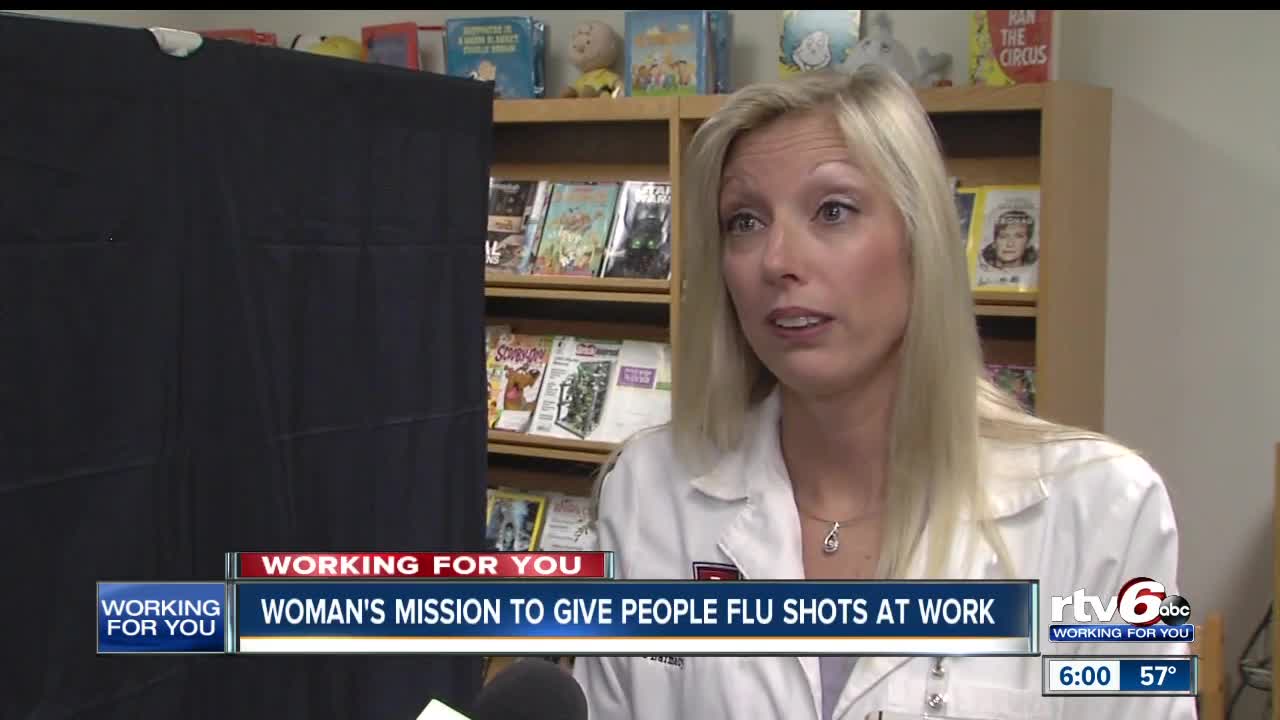 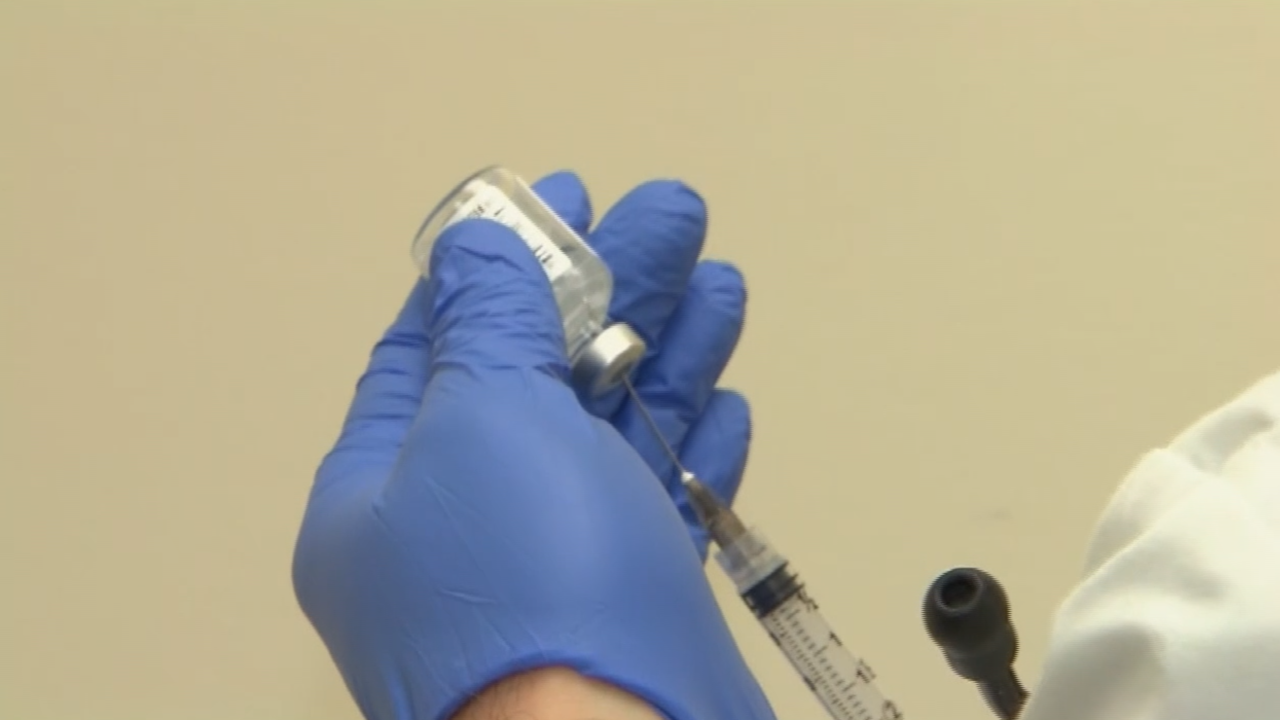 Heidi Barnett is bringing thousands of flu shots to people at work, for free.

Over the next few weeks, Barnett says she will give more 4,000 flu shots to people while they are at work.

"Many people get sick and miss work for at least a week or extended period of time," Barnett said. "Some people are hospitalized. And some people die from it."

Barnett plans to attend more than 100 clinics and has already been to Bloomington, Evansville, Lafayette, Indianapolis, Westfield, and Fishers.

On Tuesday, Barnett was was at Indianapolis Public School's Carol Wilde School and gave flu shots to the teachers and administrators.

"And it was very exciting because I don't use IPS's insurance so to know that they were able to give me a flu shot as long as I just had insurance was very convenient," Wilde said.

An estimated 79,000 people died from the flu during the 2017-2018 season, according to data from the Center for Disease Control.

The clinics will be at the following locations: