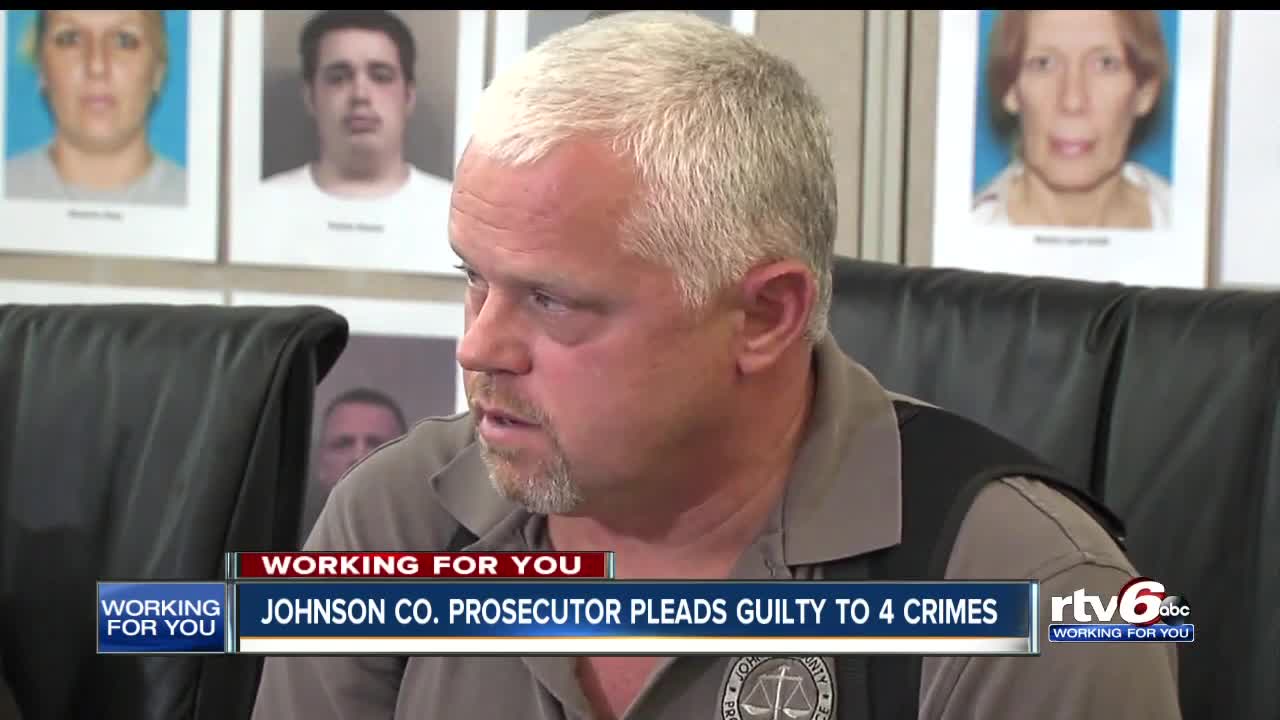 Cooper's arrest set off a legal shuffle because of his connections to legal officials across Johnson County. We talked to people in the community to find out what's next for the prosecutor's office.

No comment is the official position of the Johnson County prosecutor's office a day after Cooper admitted guilt to criminal confinement, identity deception, official misconduct and misdemeanor domestic battery.

"Very heinous crime and I think he should be prosecuted to the fullest extent of the law," Lynn Reno said.

An employee of the prosecutor's office would say only that there has not been an announcement to name a new or acting prosecuting attorney for the county. When we asked another employee for comment, she said she would pass our request to the chief deputy, Joseph Villanueva.

"I don't think he should be dealt with any less or harder than anyone else," Frank Dean said.

The Johnson County Sheriff's Department went to a house in Trafalgar in early March where they found a woman whose eye was swollen and bruised. She ran to a neighbor's house to call 911. Indiana State Police took over the investigation once the sheriff's department realized the incident involved a public official.

"Small towns are a thing of the past. All of them, I'm not point out Franklin, are somewhat guilty of the good ol' boy thing simply because they're small towns and everybody knows everybody," Dean said.

Johnson County judges recused themselves in the case, and a judge was found to assign a special prosecutor in order to have someone who didn't know Cooper or have any connection to him. This eliminated all sitting elected judges.

So Douglas Brown, a deputy prosecutor from the Decatur County prosecutor's office was found and filed the charges against Cooper. A plea agreement was filed with the court.

"If he did the crime, yes, he should do jail time just like anybody else," Reno said.

Johnson County residents are skeptical that will ever happen.

"Oh, I don't think he will," Dean said. "I think probably his political career is over. That would do it for anybody."

We're still pressing for answers to find out who is in charge of the Johnson County Prosecutor's Office and what will happen to Cooper's caseload while his own case moves through the system.