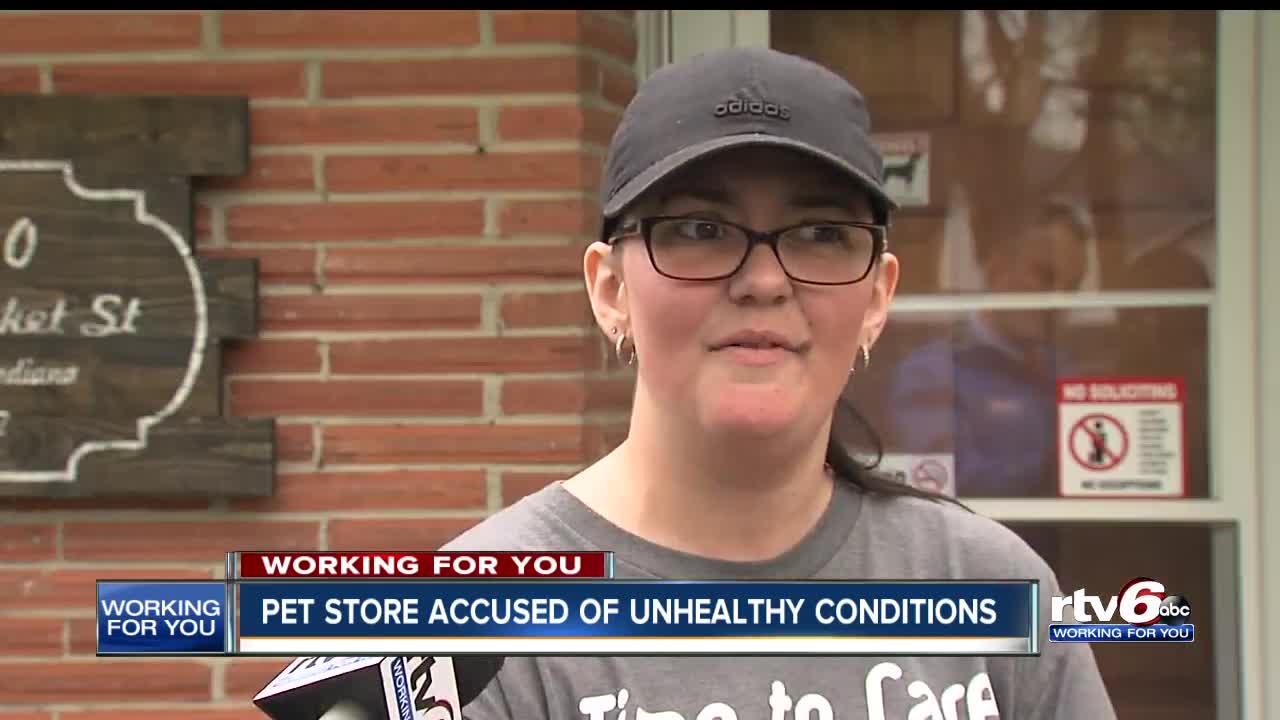 Animals are Pet's Choice, a pet store in Kokomo, have shown signs of illness.

KOKOMO — Concerns are rising about unhealthy conditions at a pet store in Kokomo.

Tiffany Spray went to Pets Choice about a year ago to buy treats for her dog and was concerned what she saw.

"They had four of these dogs in one tiny, little cage," she said. "None of them were making noise and moving around. They were all real quiet. Docile, which is unusual for a husky."

Spray took a closer look and saw a puppy with two blue eyes. She thought the pup was the prettiest dog she'd ever seen.

"That's when I noticed she was a little bit dehydrated," Spray said. "There's no food or water in their cages. I couldn't leave her there."

Spray took her new puppy, Mika, home to be a new member of her family.

"I don't buy from pet stores, never have before," she said. "But it was kind of a split-second decision."

"I immediately realized that she wasn't eating, she wasn't drinking water right and she was having runny bathrooms," Spray said.

A Humane Society spokeswoman said there's not much the organization can do because their animal control investigators are not law enforcement officers and Indiana has weak laws regarding animal care. She said they never found anything illegal in the store and recommended RTV6 call local vet clinics.

We were told by one local vet clinic that they treat lots of animals that come from Pet's Choice for parvo, which has a survival rate of just 60-to-70 percent in puppies even when the disease is caught early.

Spray provided immunization records she received when she bought Mika. They show Mika received parvo vaccinations at four and six weeks, but a veterinarian said puppies that age should receive four vaccines for parvo to build up immunity.

"I didn't want to leave her there because the condition that the dogs were in," Spray said. "I didn't have $900 to spend on a dog, either, but to me that seemed a small price to pay to get the dog out of there."

No Pet's Choice managers or owners were available for comment.