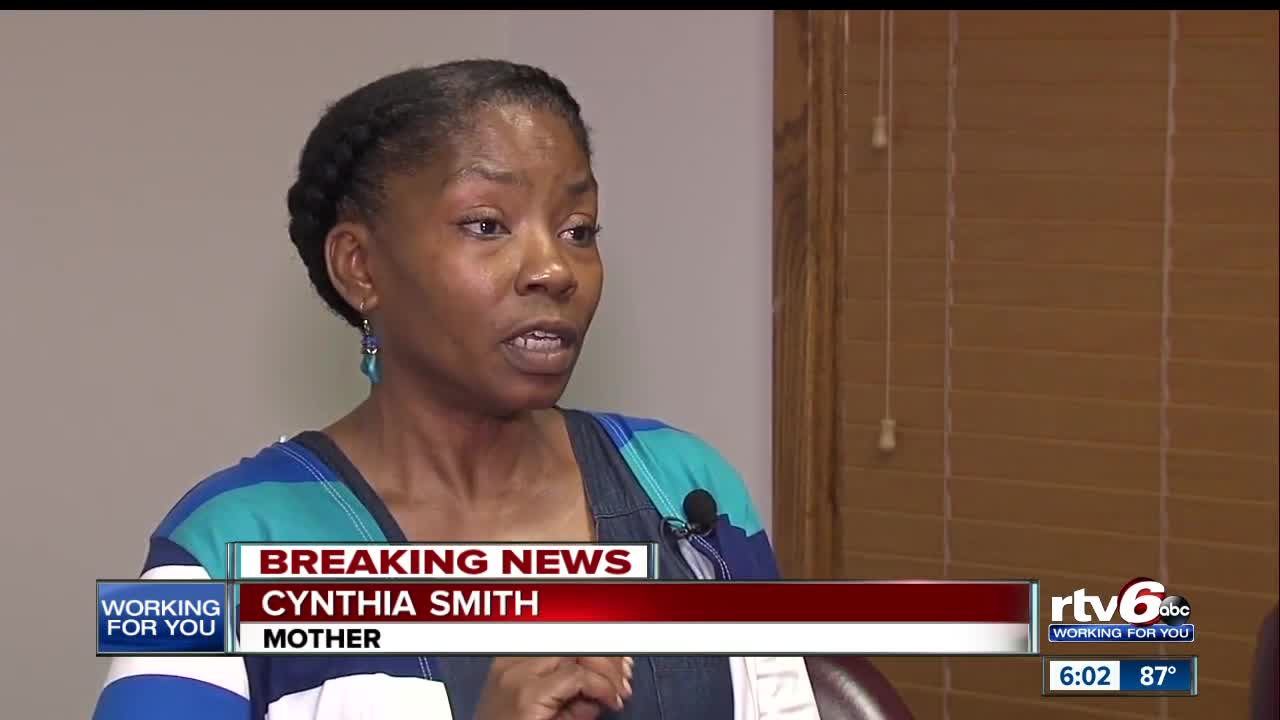 A mother speaks after her son and 15 others were erroneously given insulin shots instead of a tuberculosis test at a Lawrence Township school. 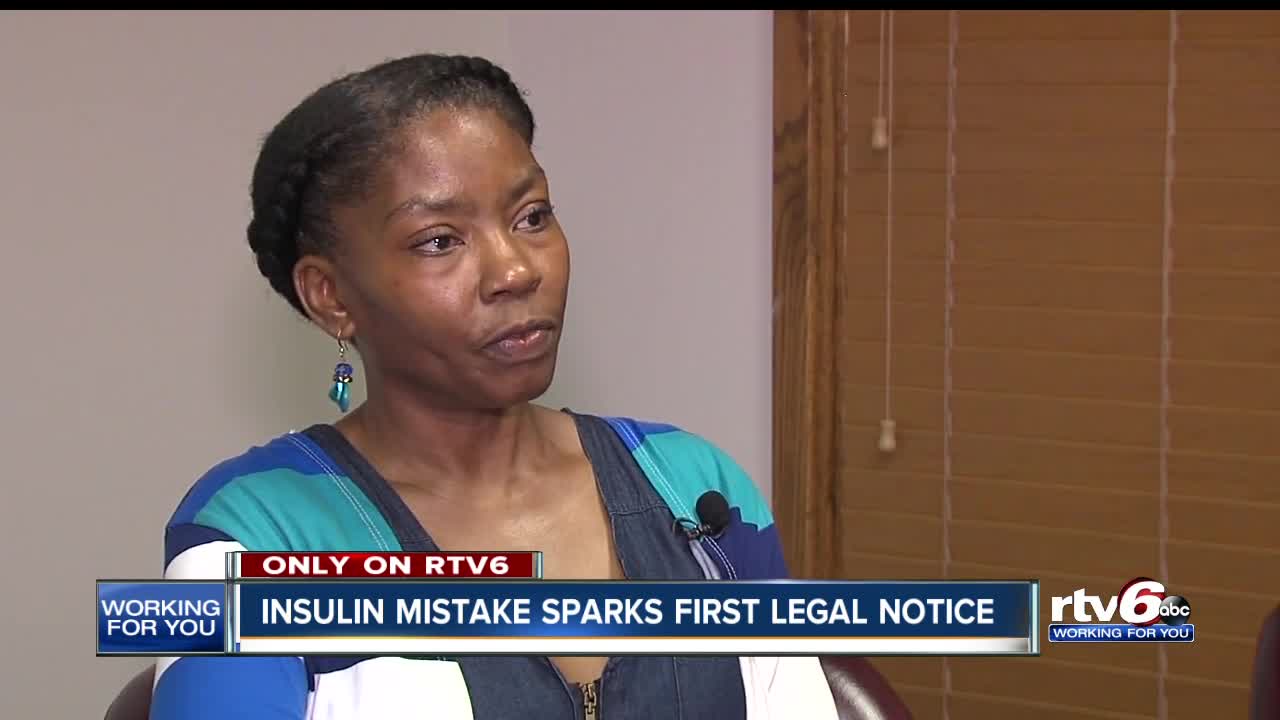 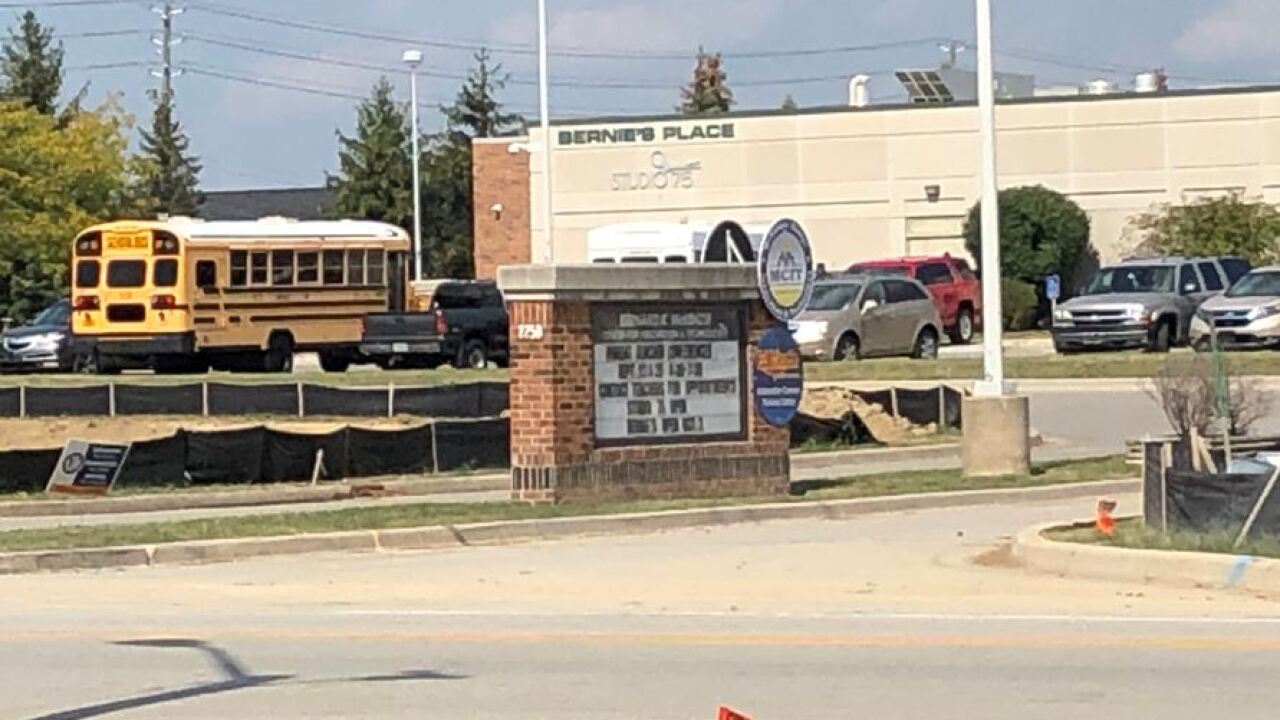 LAWRENCE TOWNSHIP — A mother and son are seeking accountability after he was one of 16 students mistakenly given insulin instead of a tuberculosis test at McKenzie Center for Innovation and Technology on Monday.

An attorney for Elijah Gaskin III and his mother, Cynthia Smith, on Wednesday hand-delivered a tort claim notice to officials for the McKenzie Center and the Metropolitan School District of Lawrence Township — the first step in suing the district and center for negligence.

The notice includes a demand to preserve any and all evidence including but not limited to "the insulin and PPD vials and syringes actually used, documents, photographs, video recordings, medical tests and results, specimens collected, reports, statements, and audio recordings."

Sixteen students were transported from the McKenzie Center to Community North Hospital Monday morning after the school realized the students had been given insulin from Community Health Network personnel rather than a TB test.

The notice said McKenzie and the MSDLT require students to receive a flu shot and TB test every year and parents are asked to provide consent.

At approximately 9 a.m. Monday, Gaskin's teacher took him and his classmates to the nurse's office for medical testing. According to the notice, Gaskin was told soon after that he had been injected with insulin rather than given the TB test.

"He was instructed to not contact his parents, his blood sugar was not checked, he was not offered or provided any medical treatment, he was not assessed for any symptoms and no risks or warnings were explained to him," the notice said.

Gaskin called his mother at approximately 11 a.m. and told her he was feeling ill. Smith arrived at McKenzie around 11:15 a.m. and found her son lying unconscious in a chair.

"I knew he was in a bad situation where he needed help," Smith said. "I didn't expect to see him laying out like that."

The notice said Smith became overwhelmed with emotion and was provided assistance, and Gaskin was placed in an ambulance and taken to Community North where he was diagnosed with an insulin overdose.

The notice also said McKenzie and the MSDLT "failed to provide proper supervision over the required TB tests in its premises, failed to abide by the parental consent, failed to secure and properly label the insulin, and otherwise acted negligently."

The school and district are accused of not providing Gaskin with appropriate care after he was found to have been injected with insulin.

"Elijah's subsequent insulin overdose was reasonably foreseeable to McKenzie and the MSDLT," the notice said. "They were grossly negligent by endangering Elijah's safety and then voluntary failing to take appropriate actions. Their handling of the emergency situation, created by their own negligence, was done with reckless disregard for consequences to Elijah."

It also claims negligence by McKenzie and the MSDLT resulted in Gaskin's insulin overdose, pain and suffering, emergency treatment, hospitalization and risk of future harm, as well as Smith's emotional distress when she found her son at McKenzie.

Smith, who works as a geriatric nurse and provides care for patients who require insulin, asked her son to sleep with his door open for the rest of the week so she can check on him.

"I am not sleeping comfortably at this point because I am still in my mind thinking, 'OK, what are the long-term effects of this,'" Smith said.

As a nurse, Smith said anyone administering the TB test should have known the proper procedures.

"In school, you are taught how to check things and you check them three or four times before you even administer, but you have to physically do that to draw any type of solution out of any bottle," Smith said. "It's here, right above your eyes so you have to read it. And with insulin and Tuberculin solution, they're in two different sized bottles, so just basic nursing should've known that."

The family's lawyer, Faith E. Alvarez, said the school should have known the risk and been able to handle the situation. She hopes all sides will meet and settle out of court.

"This is exactly the type of situation that the school would be particularly good at handling," Alvarez said. "They knew the risk. They have nurses on staff, and what they did instead was they try to cover-up what happened, told the kids not to tell anyone, have a snack, you'll be fine."

Gaskin will also have to miss Lawrence Central's football game Friday against North Central. He is a senior and plays wide receiver and cornerback for the Bears, but he will need to sit out a week as he recovers.

"There is a game Friday, but he's not playing because it's not recommended he plays this week," Smith said. "He needs to sit it out and make sure there's no adverse effects from this. If he didn't pass out from this, it would be different, but he did."

Smith said she realizes how dangerous a situation it was for the 16 students and how it could have been much worse.

"This could've been a deadly situation for all 16 of these children that were injected with this insulin because 10 units of insulin is a big amount of insulin for someone who that's not diabetic," Smith said.