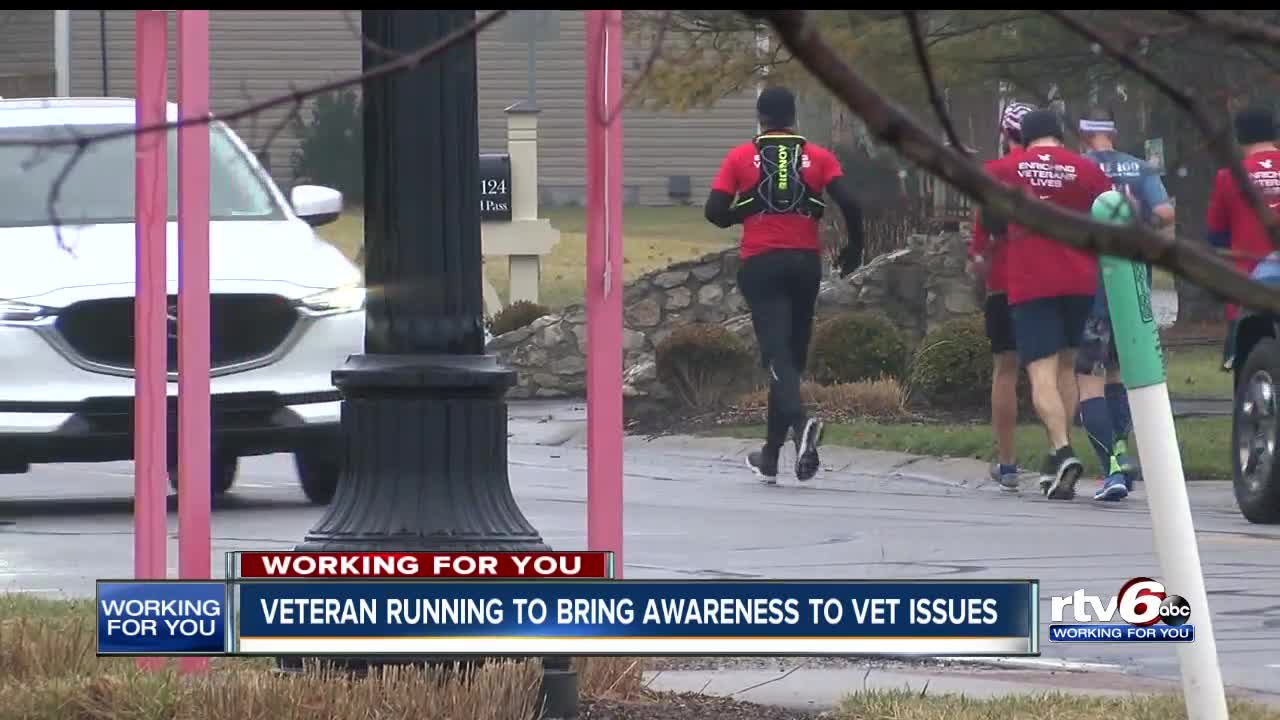 Dustin Johnson ran 100 miles in 24 hours to bring awareness to the issues affecting veterans. For Johnson, the goal of 100 miles in one day took guts to pursue and heart to finish. However, the pain became only a stepping stone towards the purpose. 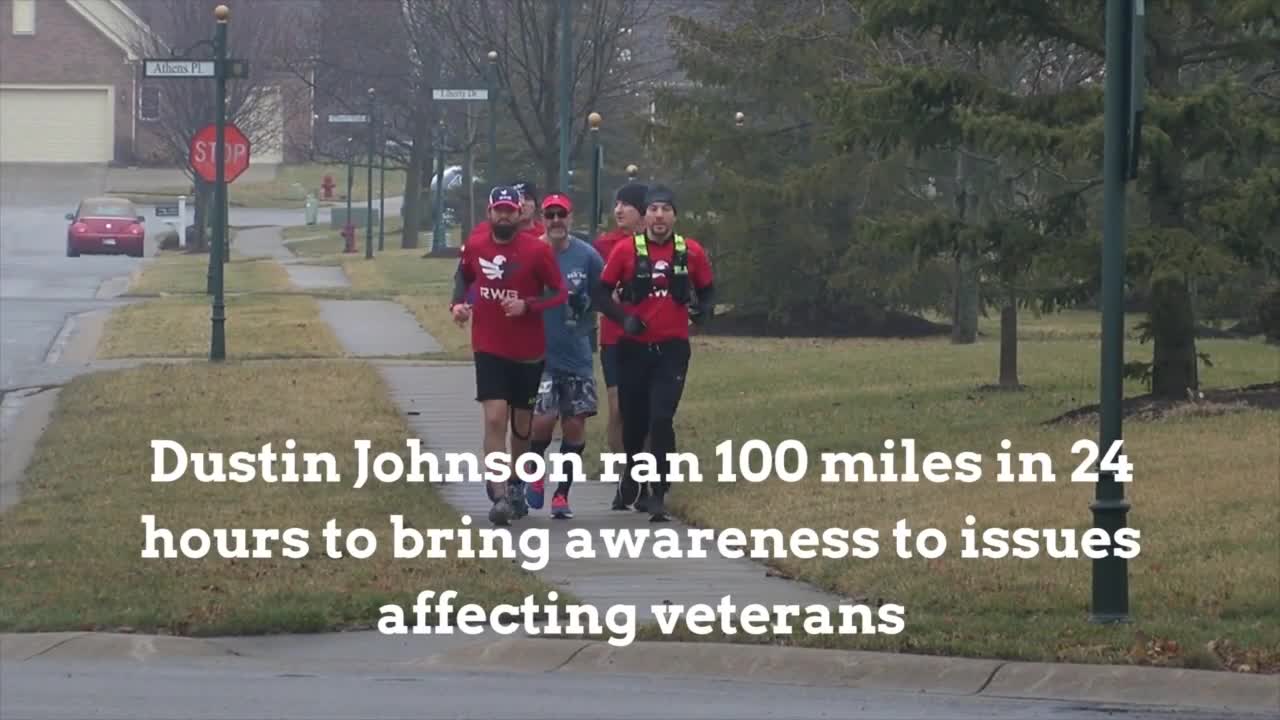 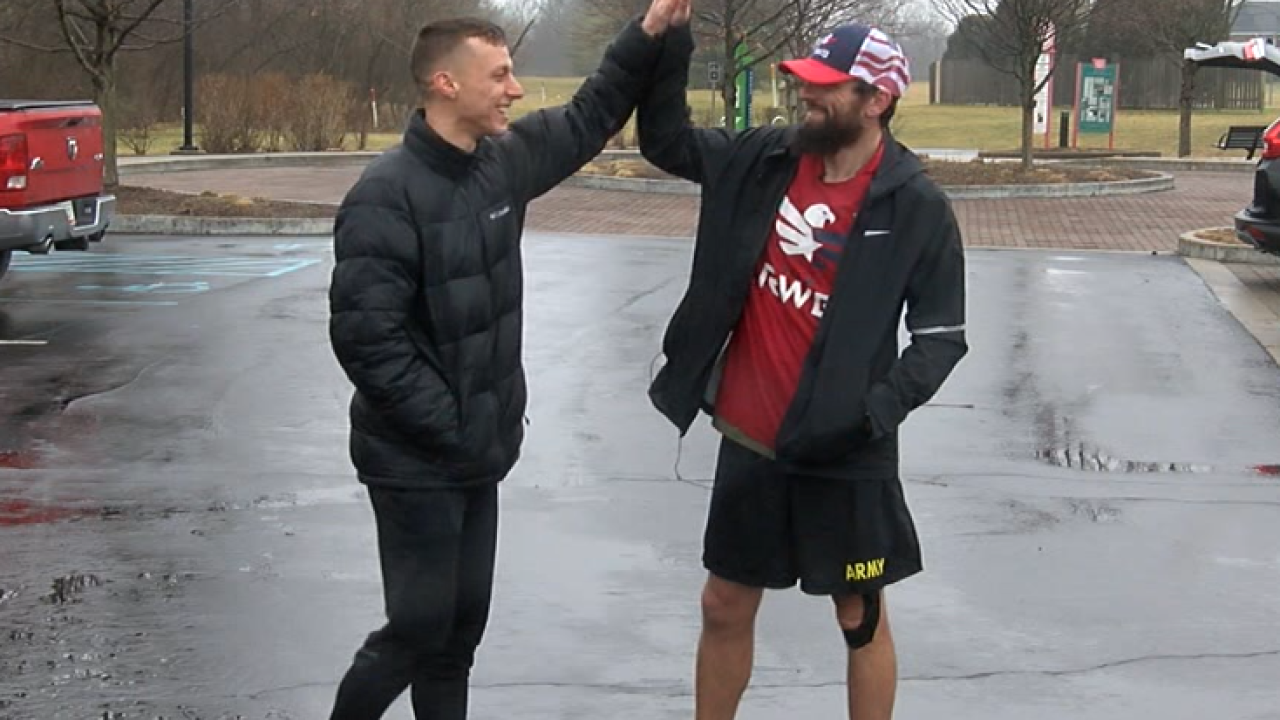 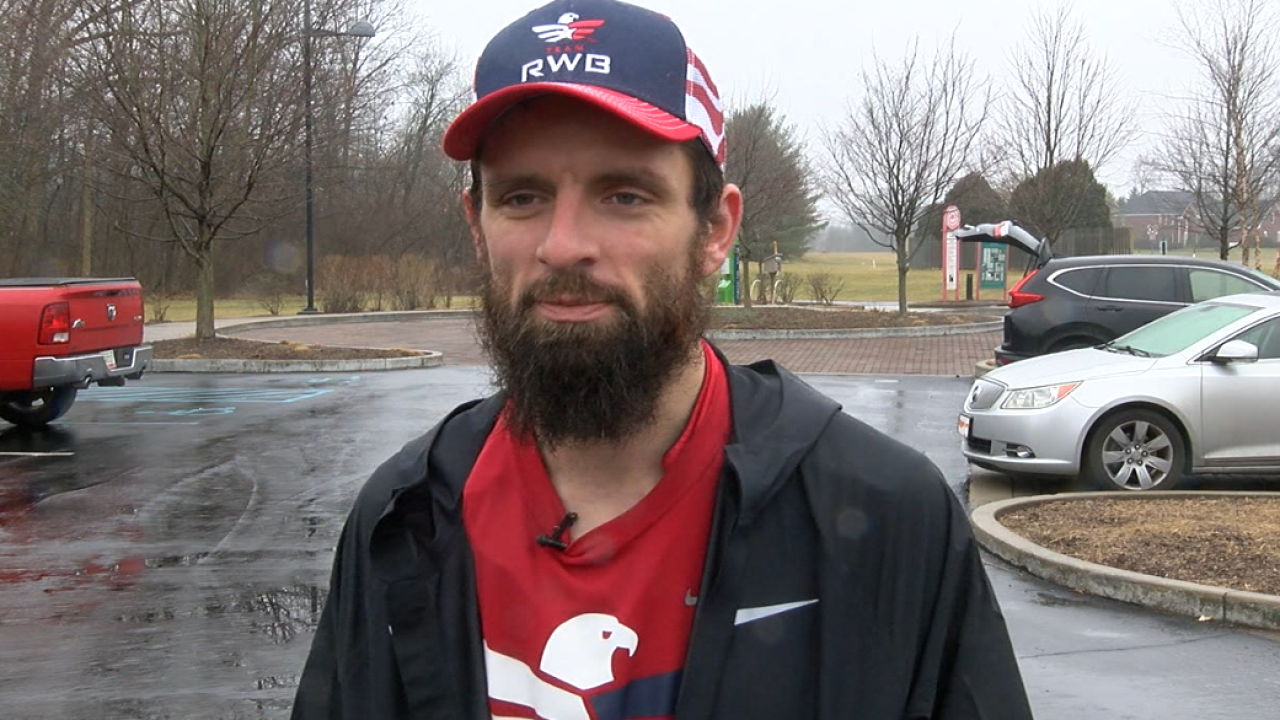 For Johnson, the goal of 100 miles in one day took guts to pursue and heart to finish. However, the pain became only a stepping stone towards the purpose.

Johnson is a ten-year Army Reserve veteran who made it his mission to complete the 'Taji 100' — an annual charity run that raises funds to help veterans in one day.

Johnson's goal is turning heads because it's not a requirement. Typically, veterans complete their miles throughout the entire month of February little by little.

"It doesn't take much to get out and put one foot in front of the other," Johnson said.

He's raising awareness for the struggles endured by veterans by knocking it all out on the opening day of the challenge — and he wasn't alone on his route, winding around Westfield.

"There's no way I could come out and do this by myself. I'd run 20 miles and quit," Johnson said.

Instead, with the support of his fellow brother and sisters from 'Team Red, White and Blue,' Johnson keeps finding the power to push past any pain in the process.

RTV6 caught up Johnson after 67 miles of running around Westfield, and even then, it was clear that he wasn't going to stop until he accomplished his goal.

Until the very last mile, Johnson kept his reason for the goal in the first place in mind.

Around 12:45 a.m. Sunday, Johnson completed his 100 mile run. His knee had given out around mile 90, and after some rest, medical attention, and encouragement from the rest of his team, he was able to complete all 100 miles.

Westfield Police and Fire Department members came out to show support and held police tape across the finish line. He was surrounded by friends, family, and Team RWB when he finished.

It's heartbreaking to hear about the number of suicides involving veterans. You are encouraged to share this with any veteran who is struggling with mental health. The veteran's crisis line is 800-273-8255 and press one.