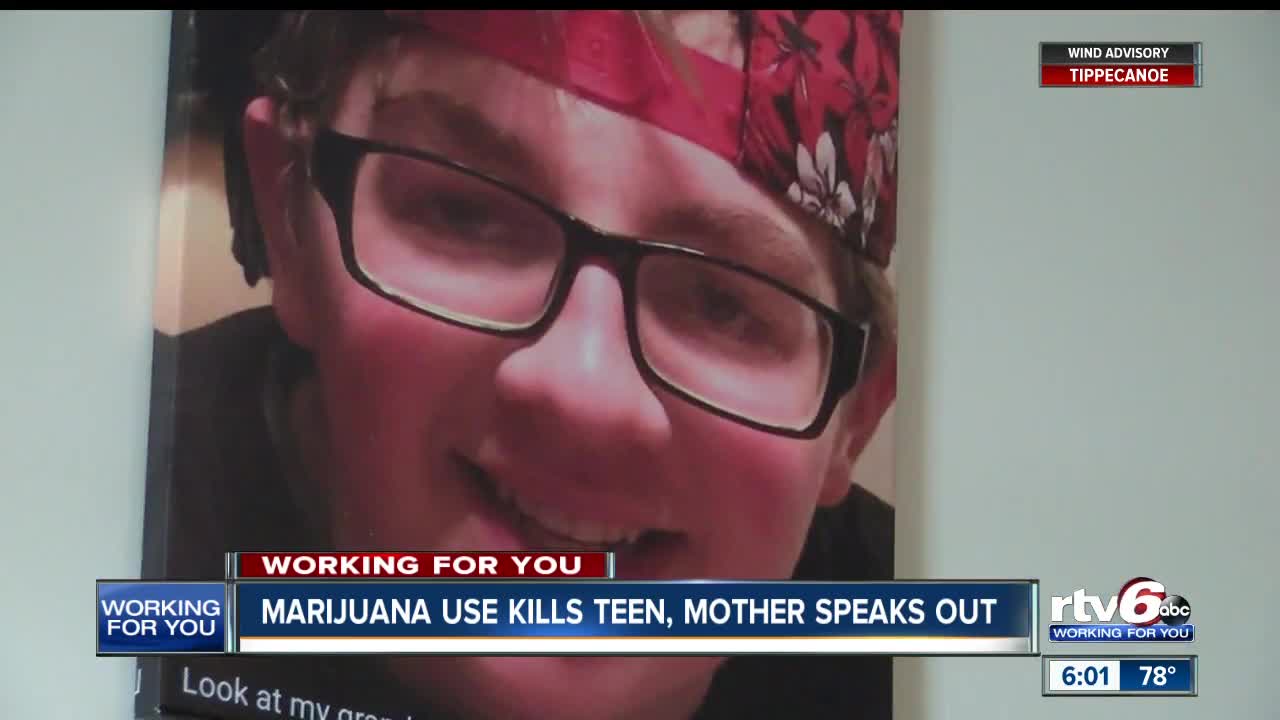 INDIANAPOLIS — An Indianapolis mother has struggled to cope with her son's untimely death. He died from complications of using marijuana, and now the mother is warning parents about the condition that took her son's life.

"He said mom I can't breathe. I rolled him over, and my son was gone," Regina Denney said.

It was one year ago that Denney's son was diagnosed with cannabinoid hyperemesis syndrome. A condition caused by chronic marijuana usage that leads to extreme vomiting, nausea and stomach pain.

"His kidneys were shutting down," Denney explained. "His bilirubin was high… basically, I felt like I was watching him die."

Doctors in Indianapolis wouldn't talk to RTV6, but doctors in both California and Colorado - where marijuana is legal - say they see patients come into the emergency room with the hyperemesis syndrome almost daily.

"The fact that he died from this, I think that is rare," Dr. Christopher Colwell, Chief of Emergency Medicine at Zuckerberg San Francisco General Hospital, said. "I think the syndrome itself is more common than people I think appreciate."

Dr. Colwell says it can be challenging to treat the condition. But with relentless, trial-and-error type treatment and stopping usage of marijuana, patients can begin to feel better.

Dr. Colwell urges colleagues and medical professional across the country of the following:

"If you're not seeing it now, first of all, you might be seeing it and just not realize it, and if that's not the case, you're going to be seeing it. So let's go ahead and address what we need to do to be ready for this."
This is what took my son's life. So I feel like if I can bring light to this and I can help another child or another family not have to go through this, then I'm doing my job."

Denney says she is all for the legalization of marijuana. That way people won't be afraid to seek help if they're experiencing severe symptoms.

Dr. Colwell said that since it's been legalized in California, he has noticed people feel more comfortable sharing their symptoms after using the drug.