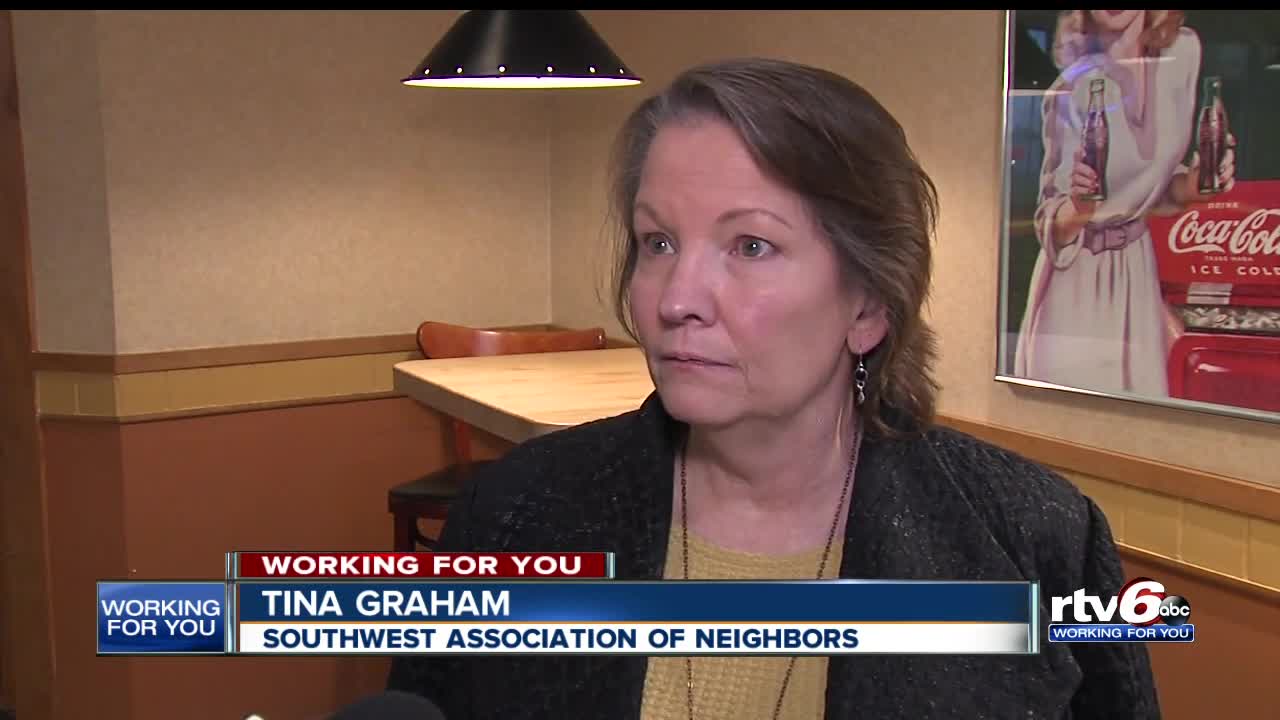 INDIANAPOLIS — There's a chance a former Marsh grocery store is sitting empty in your neighborhood.

On the southwest side near Kentucky Avenue and Mann Road in Mars Hill, some neighbors are fighting back against plans to turn one into a storage facility.

The Southwest Association of Neighbors said they don't want the building empty, but they think the area already has enough storage businesses, and they want a say in what ultimately replaces the Marsh.

"On the southwest side, especially in the Mars Hill area, we've been put on the back burner for quite a while," Tina Graham said. "We don't get updates of anything, no upgrades, so we've been fighting to get our streets done, sidewalks put in, curbs put in and part of that fight is to be able to have a say in what affects our community."

The group got more than 700 signatures on a petition opposing the self-storage business. Thanks in part to the backlash, the Metropolitan Development Commission denied the storage plan.

Now the group is asking people to speak up about what they would like to see in the empty Marsh instead.

On Monday, May 6 Jared Evans and community leads want to here from Indianapolis residents on what the future of Marsh store should look like.