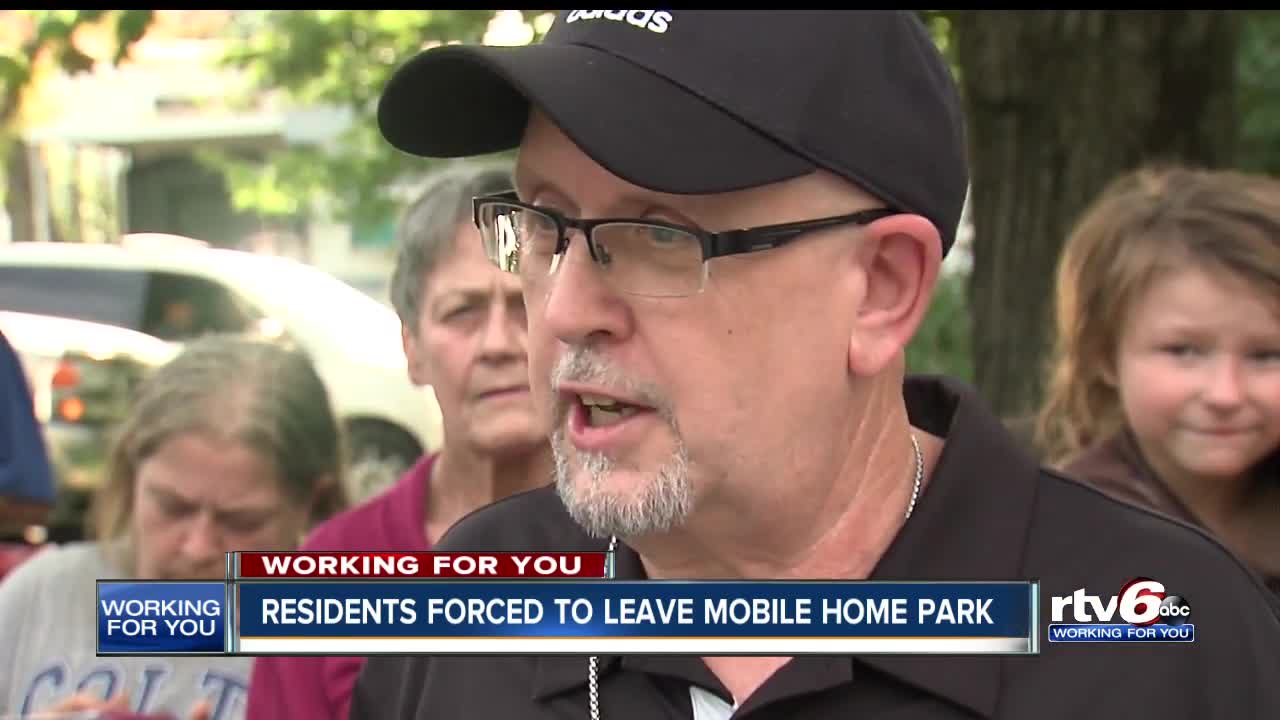 INDIANAPOLIS — A neighborhood on the southwest side is livid after they learned everything they earned and worked for could be snatched away in fewer than 60 days, and they want answers and their voices heard.

A generic white piece of paper was the talk of the I-70 Mobile Home Park Wednesday afternoon. It says the park's owner is shutting down operations as an alternative to fixing $100,000 in water pipe problems.

Now residents who own their homes are scrambling to try to figure out how to move entire buildings from land that is owned by someone else.

"If you could imagine taking your home and moving it somewhere else, its not something you do over night," Jay Morehead said. "They're evicting us and saying we have to be out in 60 days. Its not like living in an apartment and you're going to move your trailer, or you're going to pack up all of your stuff, get out the apartment and get in another one. It's not that way."

With a list of questions and no answers from the park owners, multiple residents started calling lawyers and RTV6. Nearly 70 residents were waiting to hear from us when we arrived at the park in hopes of getting answers.

"So I'm asking your audience, what would you do if someone came up and said they wanted to dispose of your house, that you put all the sweat and equity in for years? What would you do? Well, we are calling you," Morehead said.

RTV6 did just that by making calls to the owner of the mobile home park. Jay Hurt, the brother of the woman listed as the park's owner, called me back as I was surrounded by dozens of tenants.

Hurt agreed to answer questions on speaker phone as long as we didn't record his conversation. He said the cost to repair the water pipes is just too high and residents will have to find a new place to live.

Among the major concerns from residents is what happens to their contracts that allowed them to live in the park, including some who paid in advance. Others showed us paperwork that said their homes cannot physically be moved.

We asked if the park would guy the homes residents will be forced to leave. Hurt said it's too early to know.

Jeff Melton said he is not sure what will happen once Oct. 15, the day when residents are told they'll have to leave, arrives.