Mom warns others after issue at Noblesville bounce house 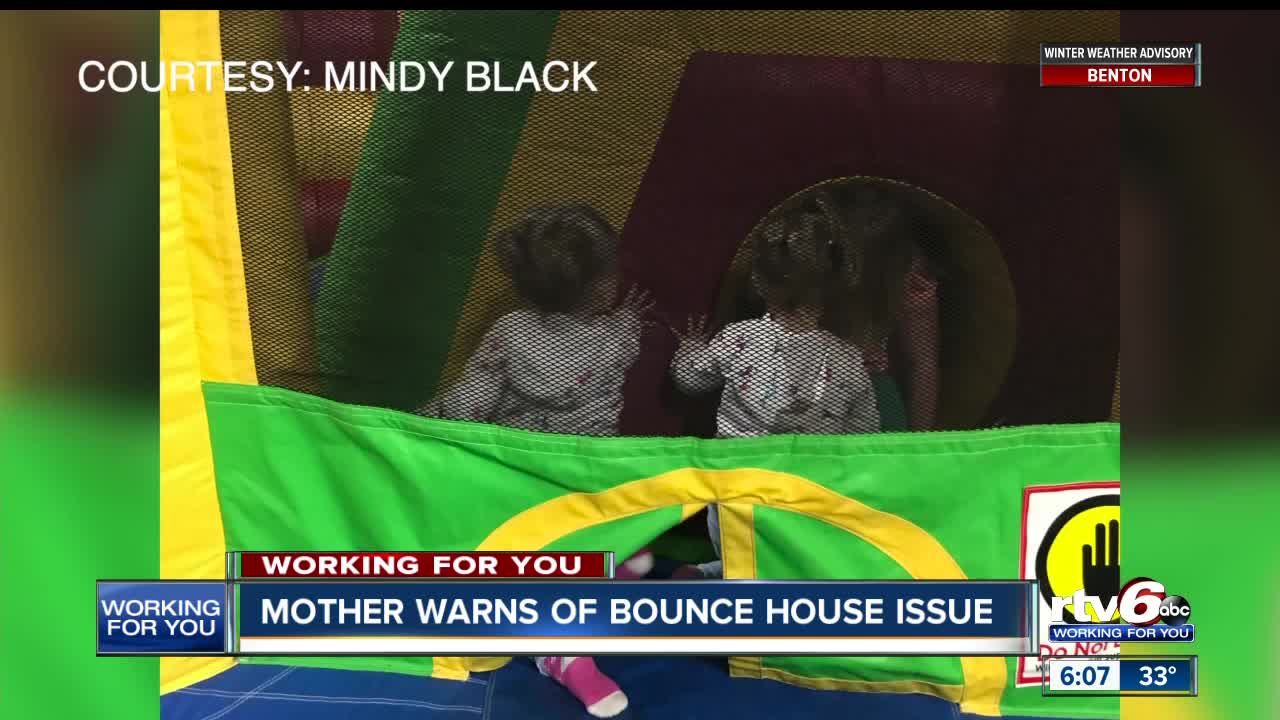 A local mother says employee negligence could have caused serious injuries to her daughter at Jump N Play in Noblesville.

NOBLESVILLE — A local mother says employee negligence could have caused serious injuries to her daughter at Jump N Play in Noblesville.

Mindy Black says she was there with her kids on Saturday night around closing time when she realized one of three year old twin daughters was missing.

"I did hear her screaming and crying and yelling Mommy," Black said.

Black says an employee had already started to deflate the bounce areas and says her daughter was still inside one.

"It's very heavy vinyl, it's not just walls and a ceiling," Black said. "She was in an obstacle course one."

She says her nephew was able to pull her daughter out of the bounce area before she was injured.

"I was sick to my stomach, for a moment I thought 'My god what If I hadn't gotten to her, what if I didn't hear her crying and the inflatable had completely deflated,'" Black said. "I was frantic."

Because this is something that could happen anywhere, Black says she is sharing her story, hoping it reminds parents to always be alert.

Black says she has called the manager and business owner, but they have gone unanswered.

A manager at the Jump n' Play declined to comment and told RTV6 his attorney would reach out. His attorney has not yet reached out to RTV6.