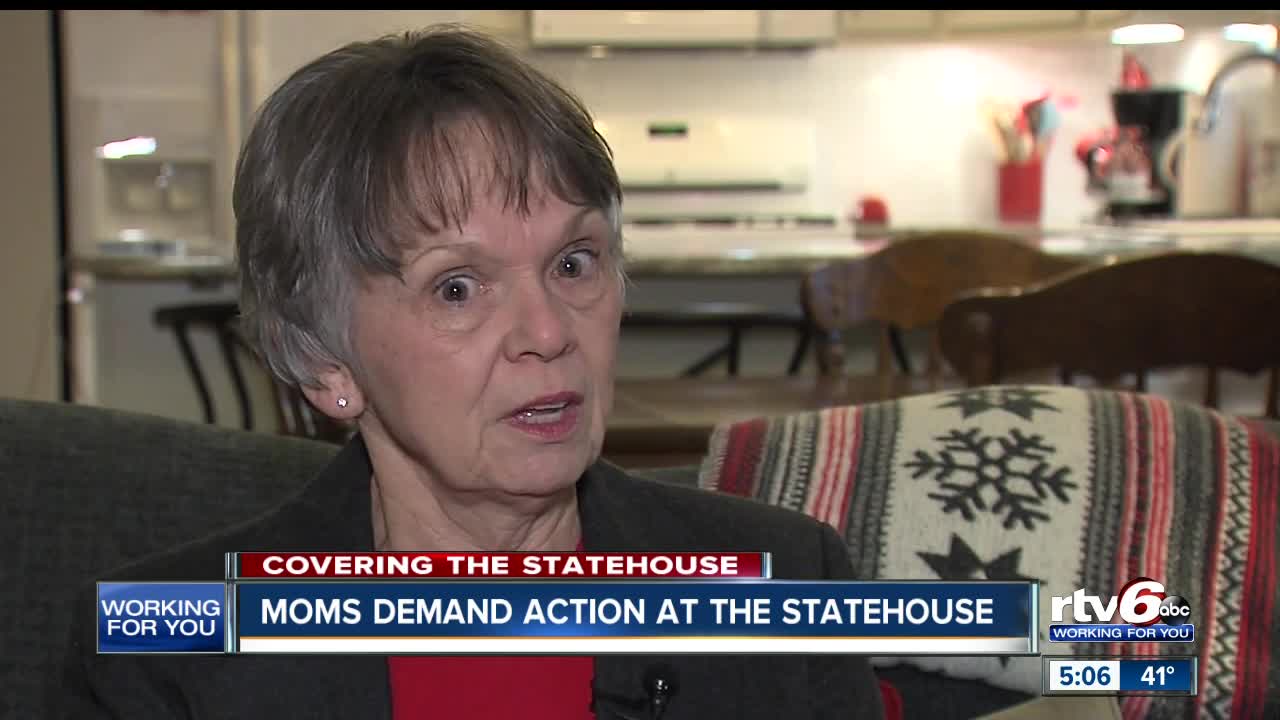 Members of Moms Demand Action gathered at the Statehouse to be seen and heard in getting their message across for new gun laws. 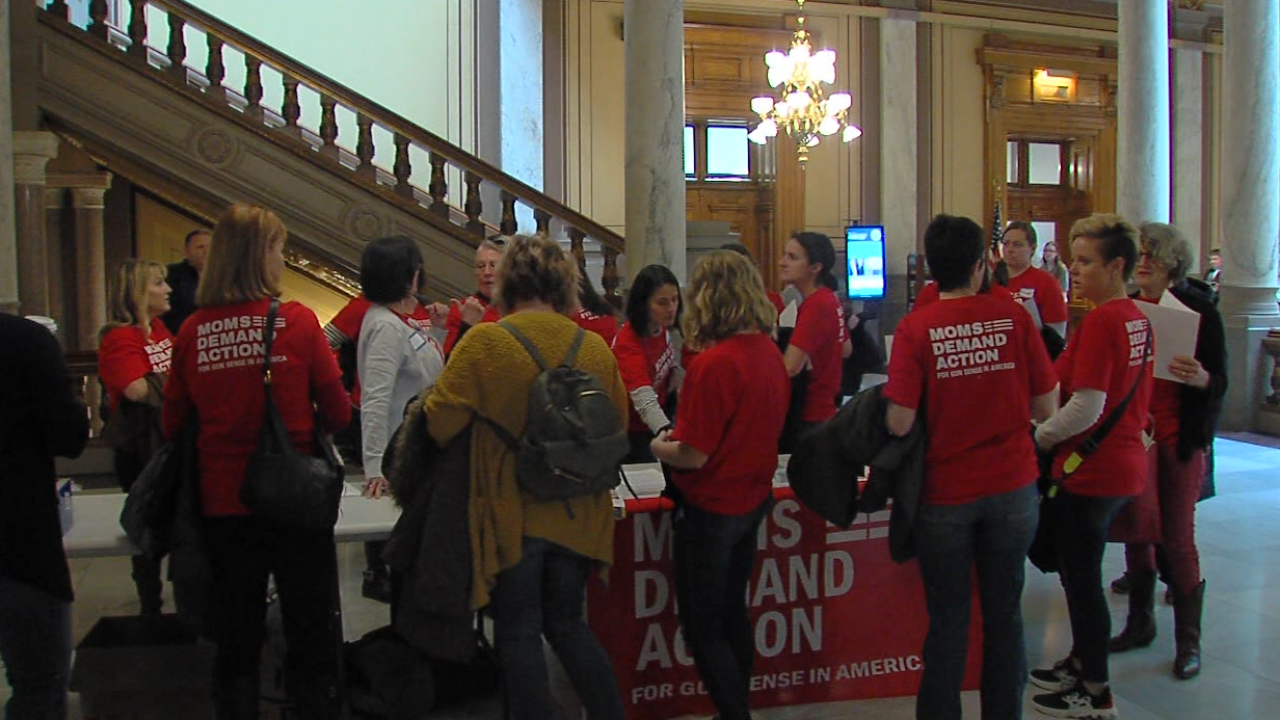 INDIANAPOLIS — Hundreds of mothers gathered Monday at the Statehouse with Mom's Demand Action for Gun Sense in America to let lawmakers know what bills are important to them as the state heads into the 2020 legislative session.

"I just couldn't sit on the sidelines and say, 'Golly gee, I hope somebody fixes this,'" Cathy Weinmann, who joined Moms Demand Action five years ago, said. "I know from my own experience that if you are going to change something you have to try to do it yourself."

Weinmann wants to see changes to Indiana gun laws not for herself, but for her children and grandchildren. Firearms were the No. 2 killer of children and teens in the United States in 2017, according to the Centers for Disease Control.

"Now, you think of that, you think even beyond cancer and diabetes, heart disease and birth defects? Yes, gun violence is the No. 2 killer across the board," Weinmann said.

The plan Monday at the Statehouse for Moms Demand Action was to be seen and heard by lawmakers.

"We could make phone calls and send letters to get our message across, but being there in that Statehouse, especially in our red t-shirts, is very powerful and makes a lasting impression," Weinmann said.

Weinmann said they want to make sure lawmakers really understand the bills they are voting on.

She said she wants to see a law passed concerning safe storage for guns. Sen. Mark Stoops, D-Bloomington, authored State Bill 29, which would require guns to be secured if a child could gain access to it, if someone lives in the home who is prohibited from possessing a firearm and if someone lives at the home who possesses an imminent risk to themselves or others.