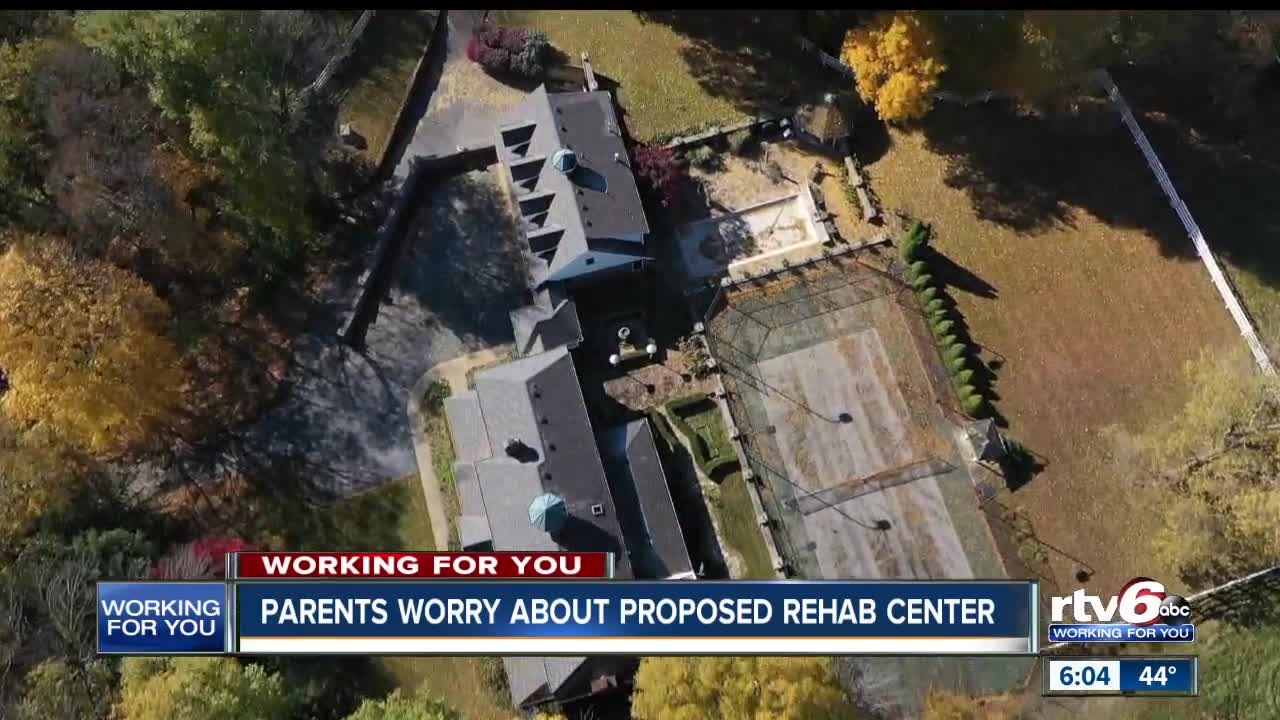 Parents worry about the impact a proposed treatment facility in Mooresville will have on their families.

MOORESVILLE — A proposed addiction treatment center is planned in Morgan County, but parents and people who live near the property are worried about the impact it will have on their families.

Addiction Rehab Centers wants to open a new residential treatment facility on 14 acres of land off Mann Road in Mooresville.

Patients dealing with depression, anxiety and substance abuse would receive treatment at the location. Parents with children at North Madison Elementary School, which is just over a mile away, are concerned.

"I am not against people getting help I am all for it I would love something like this around here in a different area. This is not the location," Emily Gregory said. "My main concern is how is this going to affect the school? You can't say that there aren't going to be some issues. I'm just really concerned about my children that attend the school."

A father who lives next door to the proposed treatment facility said he has a variety of concerns about the location. He said one of the biggest is knowing 10 strangers will be receiving treatment right next door to the yard where his children play.

"They have 10 acres behind us with a pond they plan on beautifying for patients to hang out on to rehabilitate," Benjamin Wycoff said. "It's going to be difficult for me and my family to hang out in the backyard."

The center made a request to the Morgan County Zoning Board to approve 16 residential beds, but it was denied.

The county's planning director said their hands are tied and they have to comply with the Fair Housing Act, which allows group homes in a residential area. The facility is allowed 10 beds.

An Addiction Rehab Center spokesman said they chose the location due to a lack of services in the area and due to the amount of drug poisonings in Morgan County.

According to the latest statistics from the state health department, 88 people have died between 2013 and 2017 in Morgan County, which is the 22nd highest count in the state.

There are only two other treatment options in Mooresville and four in Martinsville, according to a state database.

The Addiction Rehab Center spokesman said the facility is voluntary. They do not accept sex offenders or correctional offenders and have a strong vetting process.

He said he understands people's concerns, but he hopes people will see the positive effect it will have on the community if it goes through.

Addiction Rehab Centers, which has two other locations in Indianapolis that have been certified by the Family and Social Services Administration, still has to acquire the property, and they must then have state-level agencies approve the use after upgrading the septic system and demonstrating they can comply with fire codes.

A Mooresville Schools spokesman said they are replying on county officials to thoroughly review the proposed facility and ensure it meets the necessary safety standards the community expects.

"District officials have been monitoring the facility proposal and related information; we always have the safety of children in mind," Mooresville School said in a statement. "We are relying on our county officials to thoroughly review the proposed facility to ensure it meets necessary safety standards our community expects."