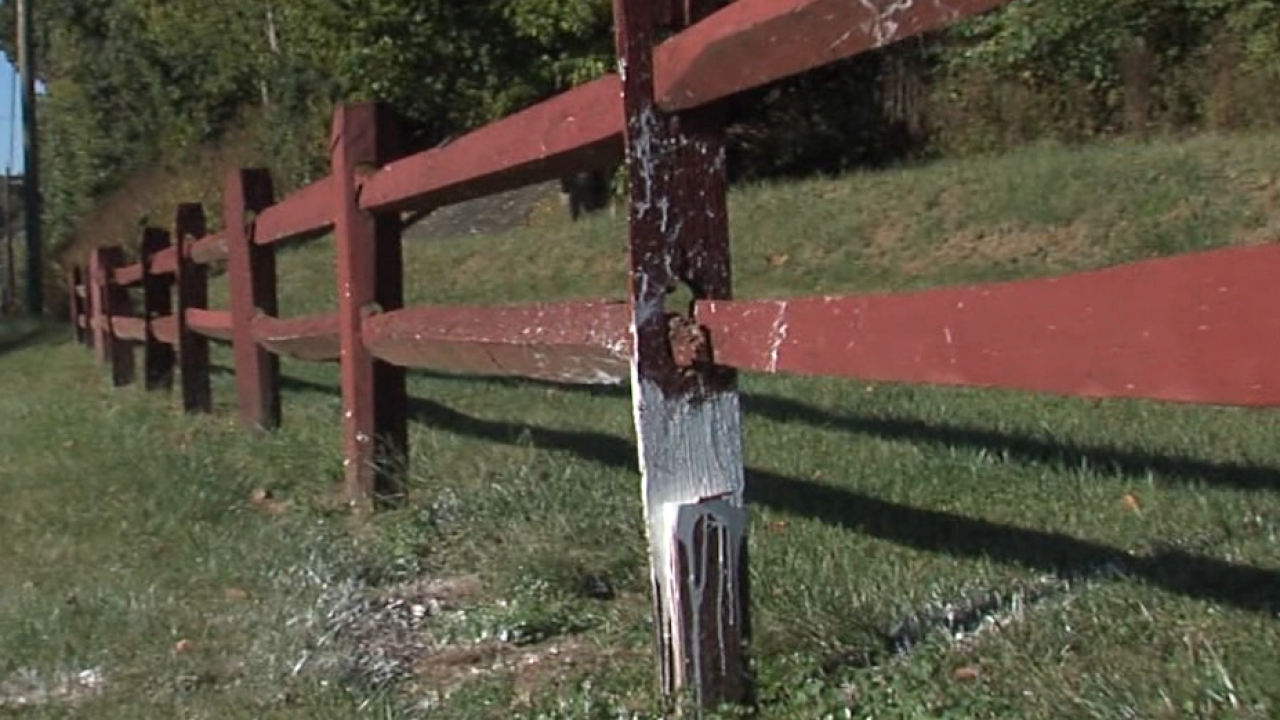 MOORESVILLE — People in Morgan County are cleaning up after someone tossed dozens of paint cans from a moving vehicle. They say it not only caused a mess all over Mooresville, it also created a dangerous situation.

William Miller has lived on the corner of Centenary Road and State Road 144 for 58 years, and just last week, he put a fresh coat of paint on his fence.

"I spent all week doing that," Miller said.

But on Wednesday night, he woke up to see the fire department in front of his home, and he saw the mess the next morning.

"They hit my post, my fence and on down through there they hit everybody," Miller said.

White paint is splattered all over his grass and freshly painted fence.

"I just painted those rails and the post, and now I have to do it all over," Miller said.

The vandalism is also putting drivers at risk. A woman said her husband drove through the area on his motorcycle right after it happened.

"It could easily take a life," Beverly Hymer said. "If a motorcyclist was going down the road at night, didn't see it and hit it, he would have definitely been hurt. There's no doubt. Luckily, my husband seen it."

The Madison County Township Fire Department said more than 30 paint cans were illegally dumped. Hymer still has paint all over her tires after driving through it.

"Of course, it's on all the tires. It's on the back. It was intentional. You could tell it was thrown at stuff. I think it was some kids, but I could be wrong. It was very rude and disrespectful and very dangerous," Hymer said.

The Morgan County Sheriff's Office collected paint cans so evidence techs can take fingerprints. It is currently being investigated as an illegal dumping case, and the sheriff's office said it could be investigated as criminal mischief if it receives more reports.

They want anyone who has damage from the paint or anyone who saw paint being thrown from a vehicle on Tuesday or Wednesday on Centenary Road, Mann Road or State Road 144 to report it.