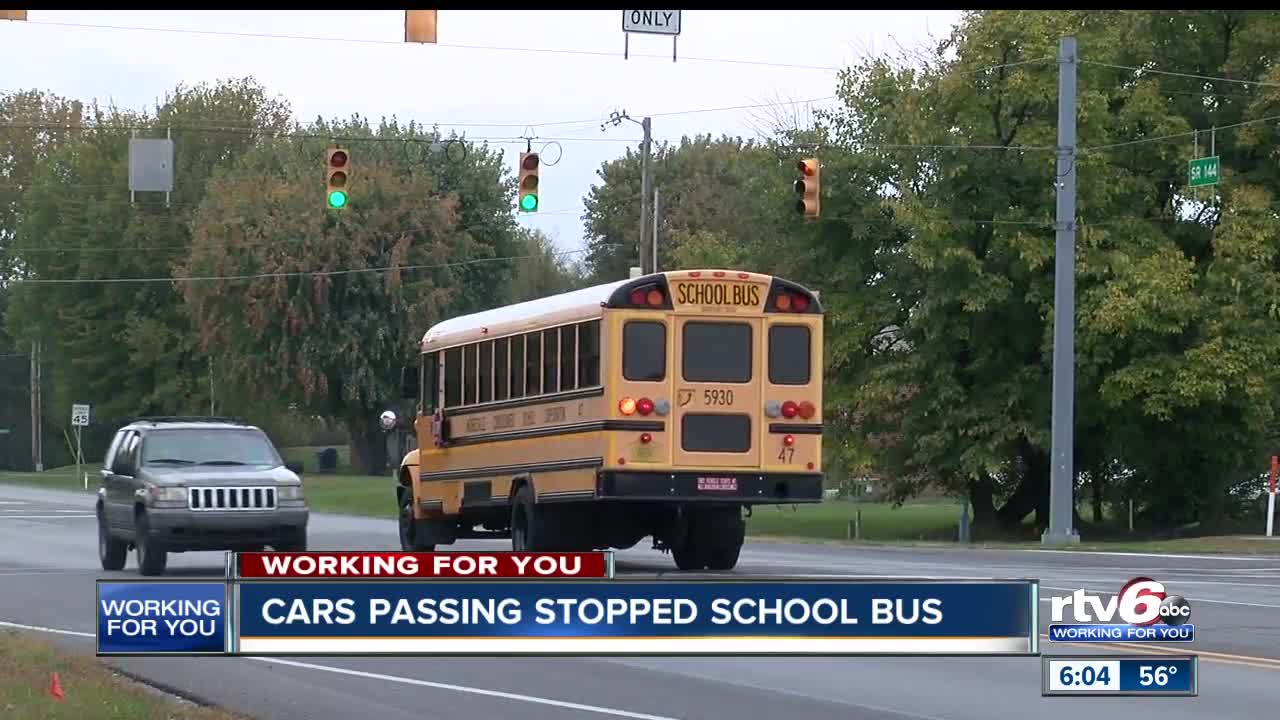 A Mooresville boy's mother says cars pass her son's school bus while it's stopped and he's boarding to go to school.

MOORESVILLE — A boy's mother is trying to raise awareness after cars passed her son's school bus while it was stopped and he was boarding for school in Morgan County.

It is an issue the Mooresville family has been concerned about since the beginning of the school year. They live along State Road 144. Their son boards the bus at the end of the driveway, and over and over again, they see cars pass by the bus.

They want something done to alert those drivers that they need to stop.

"You hear the bus honking before they are at the bus," Kimberly Baker said. "It happens every day. It's very concerning.

Baker's son started kindergarten this year at Neil Armstrong Elementary School. She said drivers pass his bus while the stop arm is out every day.

"My ultimate concern is the safety of not only my child, but everybody's children. It is a dangerous situation. It's a dangerous road," Baker said.

It's something she's become more aware of following the deaths of three children last year who were hit by a driver while boarding their school bus in Fulton County.

"It is a very large part as to why I am doing so much right now," Baker said. "I want to be proactive instead of reactive. I don't want anything to happen to any of our children. It was absolutely heartbreaking. I can't imagine going through that."

A spokeswoman with Mooresville Schools said the school system is taking steps to work with police to monitor the area more frequently.

Officers were out in the morning and afternoon Thursday near the bus stop at State Road 144 and Rooker Road for bus stop arm violators. One driver has already been caught violating stop arm laws at the location.

The district also just received a new camera system for Baker's son's bus that will be installed next week. The bus has been chosen to demo the new system.

Mooresville Schools said it will place 10 cameras on the bus with four inside, four on each side of the bus and two on the stop arms. The school district said every new bus they order in the future will have the cameras.