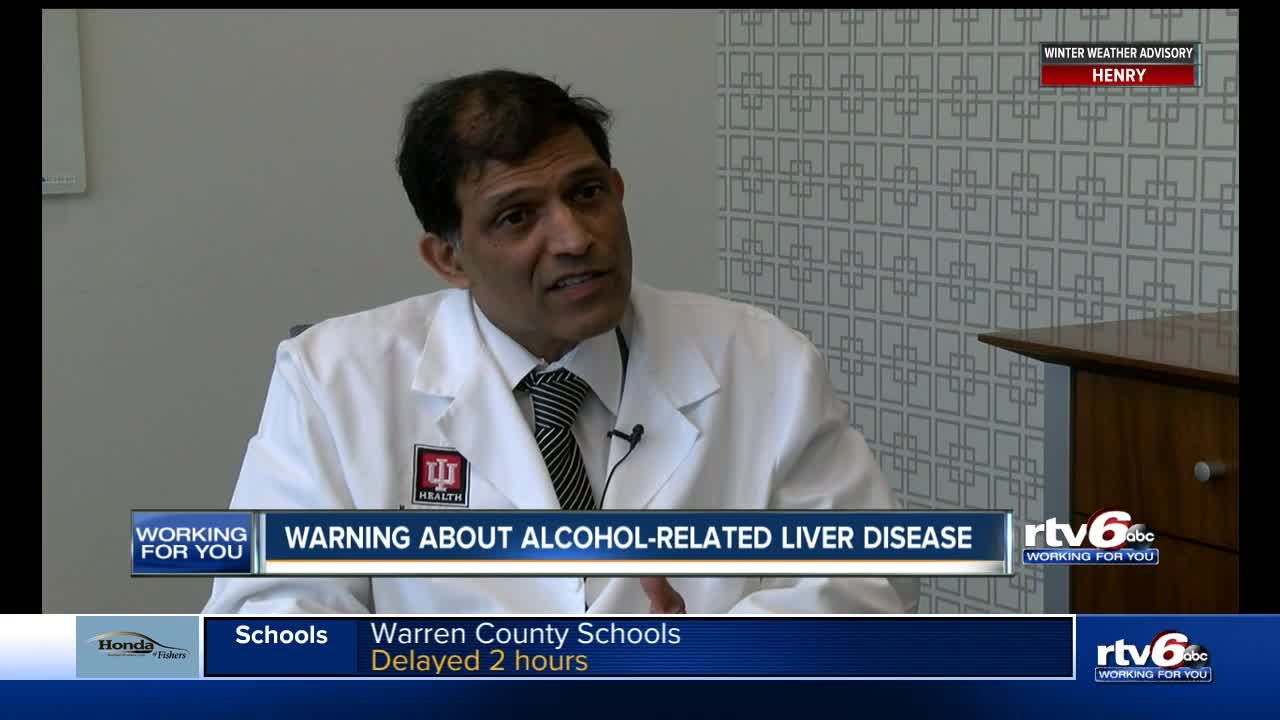 An IU Health doctor says more people under the age of 40 are being treated for severe liver damage due to alcohol abuse. INDIANAPOLIS — Dr. Naga Chalasini, a hepatologist at IU Health, says he and his team have seen a huge increase in patients under the age of 40 with severe liver failure due to alcohol abuse. He's one of the top experts in the country when it comes to liver disease related to excessive alcohol drinking.

He said that is due to binge drinking. It's why he wants to warn people about the dangers of excessive alcohol use.

"You don't have to drink for 25, 30 years to get into advanced liver disease," Chalasani said.

He hopes the messages gets to young people.

"When I was 21, I didn't go out often," Jada Bell, a college senior, said. "I've really started drinking, like, last year, but I don't drink as much as my peers."

Bell said she understands why people her age turn to alcohol.

"I think a lot of us drink after work, just dealing with life, the pressure of life in general," she said.

However, Bell said that hearing that people her age are developing a disease that previously was seen more so in older folks will make her think differently about how much she drinks.

That is what Chalasini wants, more awareness so people know the damage alcohol can do to their body, even if they don't plan to stop drinking.

"If you stop drinking in a timely fashion, this is one liver disease that'll actually improve, even in those with really advanced liver failure," Chalasini said. "If they stop drinking, that's really the best medicine."

Click here for resources to help you quit drinking.