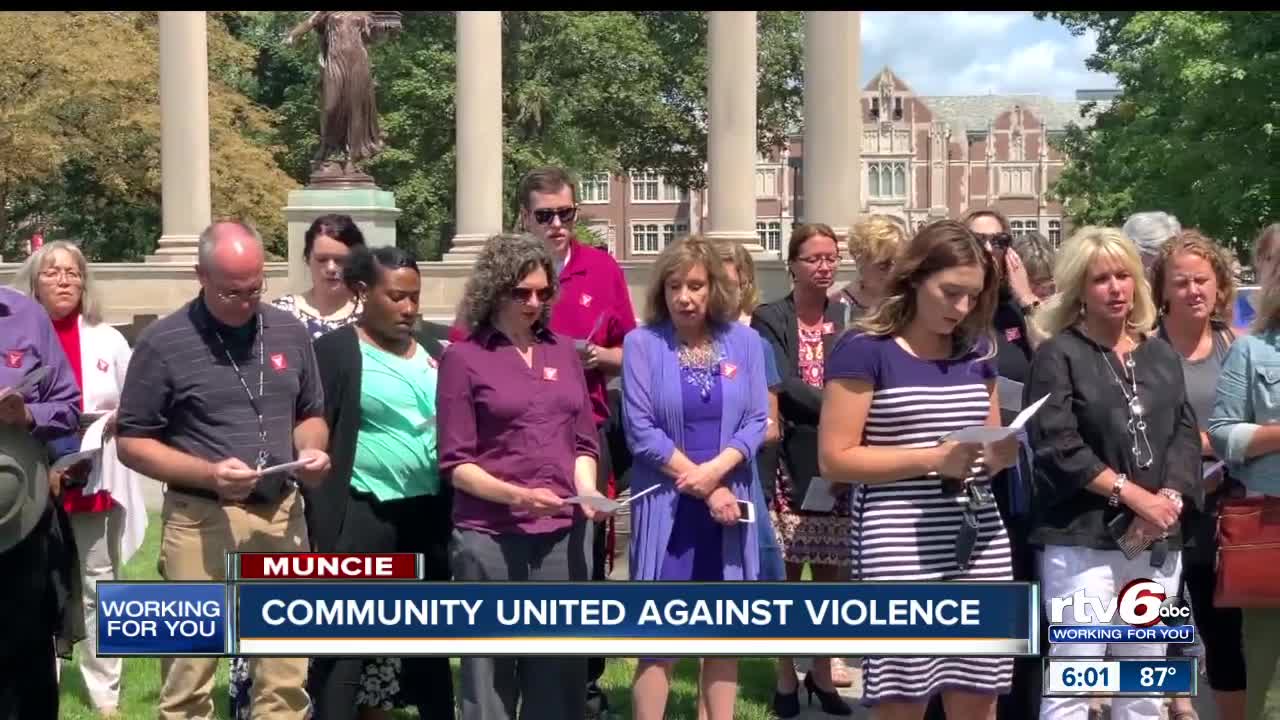 MUNCIE — Two mass shootings in Ohio and Texas and a close call in Muncie after an armed student was arrested near a school became a reason for people to unite on Thursday for a vigil on the Ball State campus. Muncie residents gathered to honor lives lost and connect the community as a new school year begins.

Standing side by side, a crowd gathered on Ball State's campus to remember and reflect on the lives of 31 people killed in mass shootings in Dayton and El Paso.

"This is becoming all too familiar. We are all just folks, aren't we?" Sarah Mahboudi, a Ball State alumna, said. "We are all just muddling through this life and trying to make it better. And our motto should be to respect each other and to realize this is not normal. This should not become our new normal."

The vigil came just a day after learning about an armed student arrested near Muncie Central High School makes unifying now more critical than ever before.

The purpose of Thursday's vigil was to not only mourn and remember those killed in mass shootings in Dayton and El Paso, but to also unite the Ball State community ahead of the school year.

"We have the freedom to disagree with each other, but how we're going to do it, how we're going to treat each other with respect, with courtesy and have a community that is supportive, even if we are disagreeing with one another," Adam Beach, Dean of Graduate School at Ball State, said.

Beach says it's important for the university to respond and provide a space for people to gather and reflect on the events going on in our country.

"Especially knowing how often schools are targeted, and knowing there are people on campus having a tough time dealing with the recent shootings," he said. "I think especially some members of our Latino and Hispanic communities, seeing a community like them being targeted, I think that just raises the fear and anxiety level."

He hopes people walked away from the vigil at the iconic Beneficence Statue on Thursday and recommitted to the values the statue stands for.

That includes treating each other with dignity, compassion, and respect.

Currently, no charges have been filed against the 15-year-old student found with a gun across from Muncie Central High School and police say the investigation is ongoing. They are still trying to determine where the student got the gun.