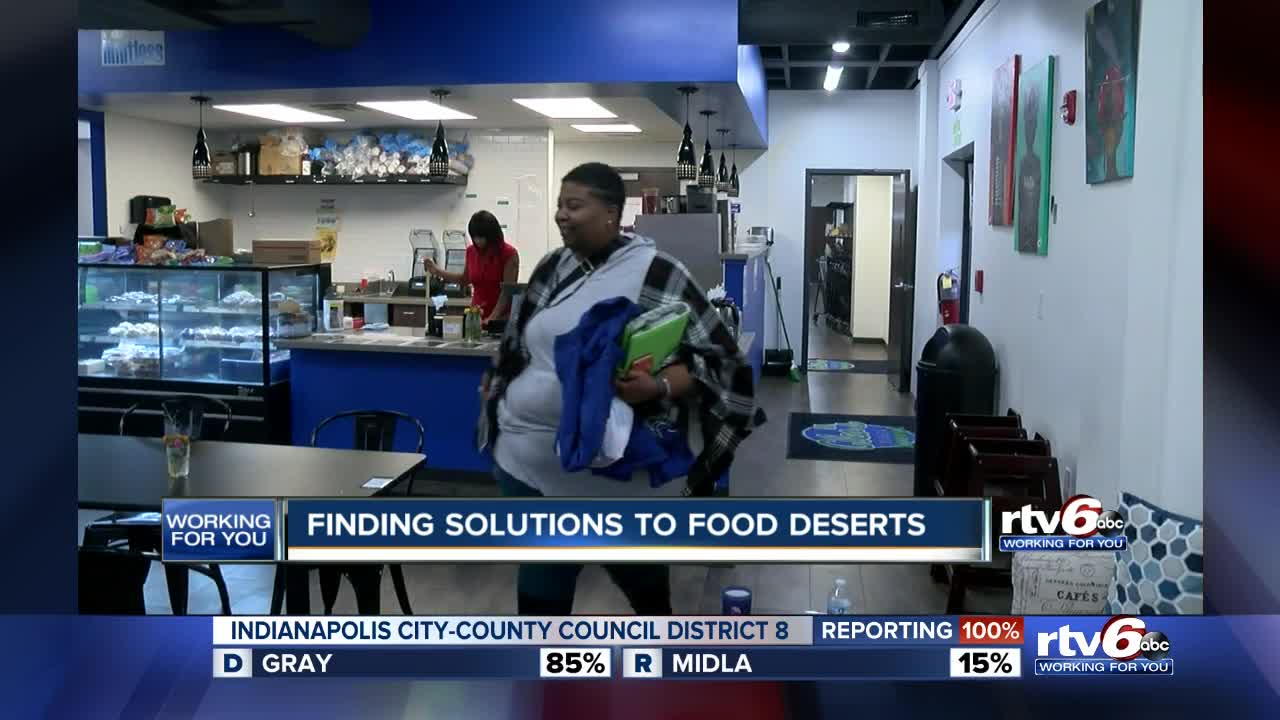 A grocery store in Indianapolis is hoping to be an example to others looking to help increase access to healthy food in the city.

INDIANAPOLIS — A grocery store in Indianapolis is hoping to be an example to others looking to help increase access to healthy food in the city.

Back in June, Cleo's Bodega, Grocery opened up on the near northwest side of Indy. The opening was made possible by a $400,00 block grant from the City of Indianapolis. It brought a grocery store to what was the one of the city's biggest food deserts.

Brandon Cosby, executive director at Flanner House and one of the people behind Cleo's Bodega, says the conversation around access to food shouldn't be political.

"You have residents in this large city that can't gain access to sustainable, affordable produce," Cosby said. "That should not be a political conversation, that's a moral conversation."

"We really wanted to be able to build a model something that the residents knew belonged to them and that they would be proud to have in their neighborhood," Cosby said.

Cosby hopes more people will be able to have access to healthy food in the future, regardless of where they live.

The Indianapolis Office of Public Health and Safety is accepting applications for neighborhood food champions, people who attend workshops to come with ways to increase food access.