Neighbors concerned about proposed apartments on Indianapolis' west side 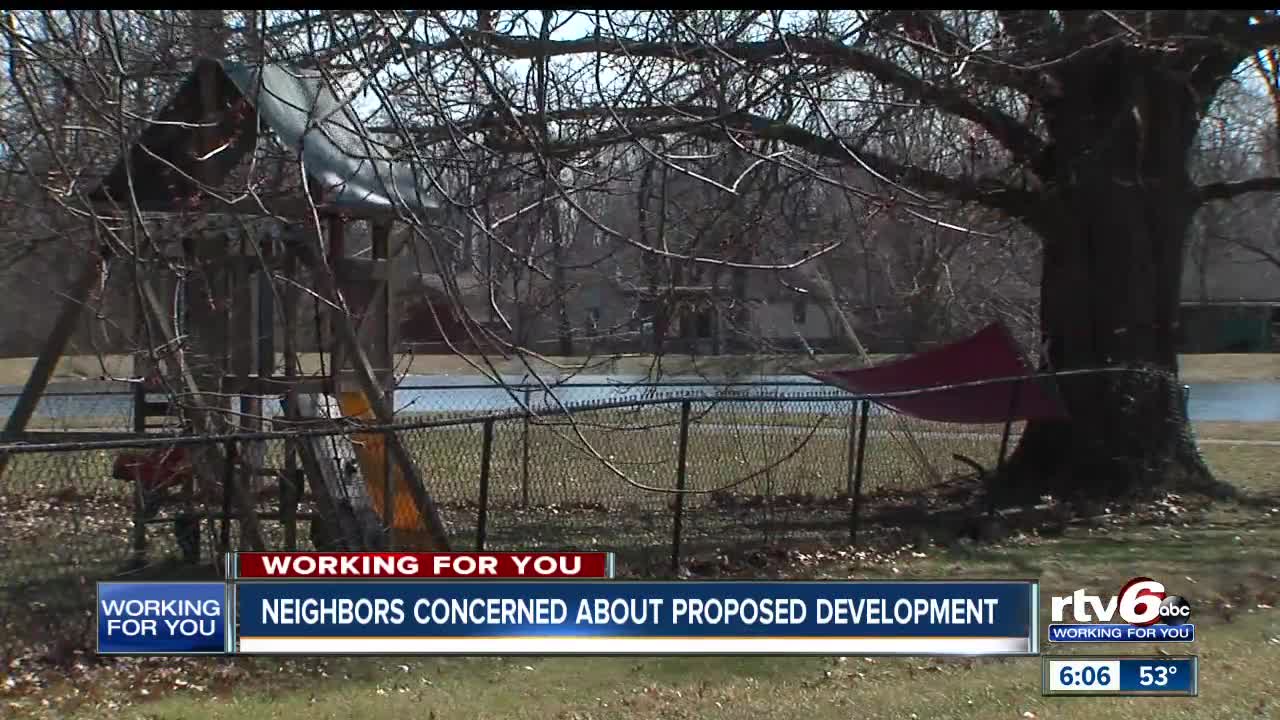 Some residents in Wayne Township are upset about the future of a wooded piece of land near their homes.

INDIANAPOLIS — Some residents in Wayne Township are upset about the possible future of a wooded piece of land near their homes.

A zoning petition has been filed with the city by a developer who wants to build apartments on High School Road, south of Rockville Road.

Some neighbors, like Tiffany Lawson-Allen, say they love the neighborhood and the nature surrounding their homes.

But the piece of land could become a 216-unit apartment complex made up of several three-story buildings, a clubhouse, and a pool, according to documents from the Department of Metropolitan Development.

"It will cause more congestion in the area for traffic," Lawson-Allen said. "Right now it's already petty hard to get out on High School Road."

She is worried about their property values and says the biggest impact from the project will be the homeowners who border the proposed complex.

"I don't think it is the right place for luxury apartments," Michael Popcheff, who lives nearby, said. "I'd like to see one person buy that property and build a nice home in there."

The developer plans to keep as many trees as possible, but some neighbors say that isn't enough.

Before the project can move forward, the land needs to be rezoned. A public hearing for the rezoning is scheduled for later this month.

You can view the petition for the project below: