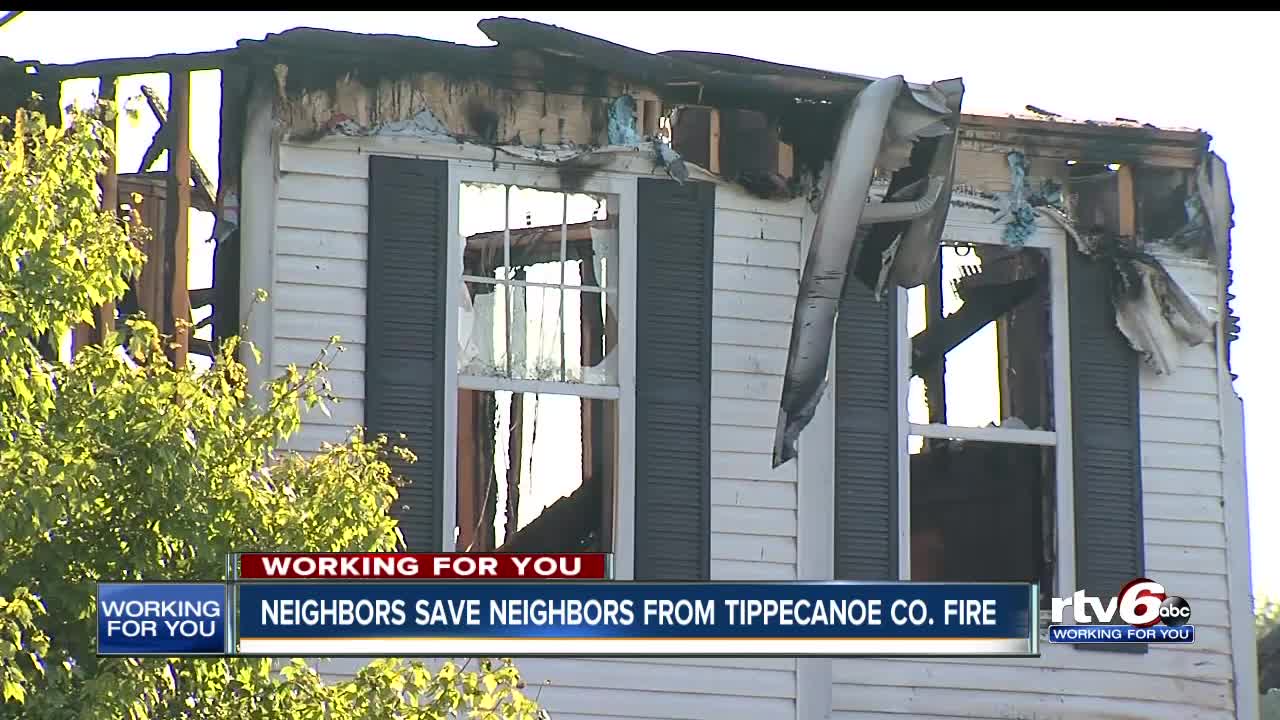 The cause of the fire is still under investigation, and the impact continues to be felt in the Lindberg Village subdivision just outside West Lafayette. The houses are gone, but nobody was injured and that's largely due to the efforts of neighbors who helped neighbors.

Bryan Arbic was doing yard work when his wife pointed out smoke in their neighborhood. They jumped into action.

"It was really scary how fast they went," Arbic said. "I ran up to the door, pounded on the door, no answer."

Arbic saw there was no furniture in the first home. He went one direction and sent his wife to check on a friend's house, knowing a 13-year-old boy might have been home.

"She ran over there and found him in the house. House on fire and he didn't know it," Arbic said.

"There was a gentleman with a small baby in the house. His garage was on fire. He didn't know it, so we got him out of the house," Arbic said.

RELATED | No reports of injuries in West Lafayette house fires

While Arbic and his wife went door-to-door to evacuate their neighbors, Travis Oliver, who lives about a mile west noticed smoke billowing from the fire.

"I'm on the fire department in Lafayette, so I kind of figured it was a house fire," Oliver said.

Oliver was off-duty at the time and sent up his drone.

"When my drone first arrived, I had four houses fully involved and the fifth house was smoking a bit," Oliver said.

The drone captured dramatic images of the fires burning as seven agencies worked to put them out.

"At that point, we kind of just went to containment. Just making sure we weren't spreading to any of the other homes," Ed Ward, chief of the Wabash Township Fire Department, said.

Siding melted on nearby homes, but the fire was contained.

Again, the cause of the fire remains under investigation. The American Red Cross is in the subdivision helping the families whose homes were destroyed find a way forward.

A GoFundMe has been set up by home owner association President Shawn Martin to help those impacted.

Donations for the families are also being accepted by the HOA and members of the Northview Church between 2:30 p.m. and 5:45 p.m. Saturday at the West Lafayette Tippecanoe Public Library.