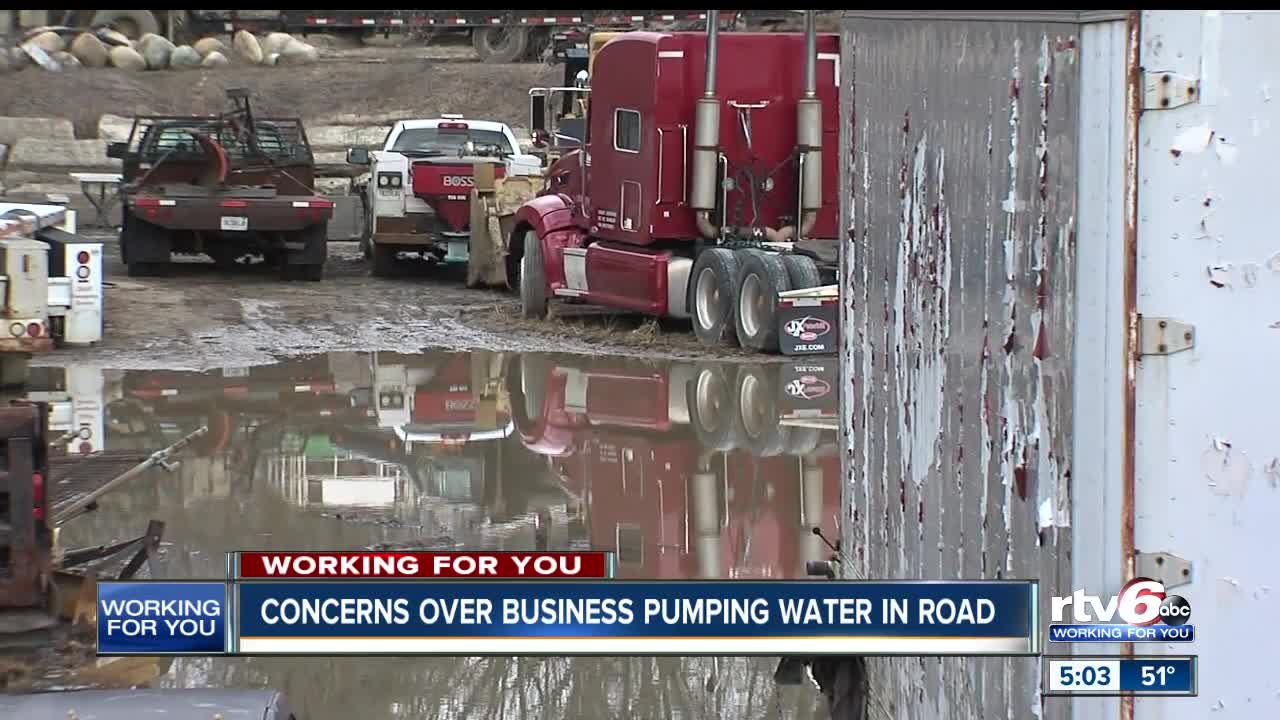 People living next to an excavation business in Muncie say they want the business to stop pumping water onto a busy road.

MUNCIE — People living next to an excavation business in Muncie say they want the business to stop pumping water onto a busy road.

Doyt Grossman and his wife JoAnne live on Shirey Road, near McGalliard Road, in Muncie. They say water is being pumped from the Baney Excavating Construction next door into the road.

They say they've been dealing with these issues for at least two years.

"They syphon the water with a great big, looks like a firehose," JoAnne said. "They put it through a pipe through the fence and it floods the entire road."

Doyt says he, or someone else, will hydroplane into nearby yards or trees.

The owner of the company, David Baney, says he is sorry the neighbors are frustrated and he doesn't like pumping the water out of a gravel pit, but they have to because it floods the garage where they keep tools.

Baney says it would be too costly for him at this time to get a larger pump and pipes to pump the water in another direction.

He did not want to talk on camera but says he is planning to start construction on a new building in the spring. He says he will no longer need the garage and plans to fill up the gravel pit.

"I have mentioned multiple times what a hazard it is for him to do that," JoAnne said. "He says 'Well that has to be done, it's my low spot, someday we will fix it.'"

Brian Stephens-Hotopp, the City of Muncie's engineer, says he has spoken to Baney and the Grossmans about the issues. He says they are working to identify the problem and develop a solution.

He sent the following statement to RTV6 regarding the situation:

The City has been made aware of the concern, and the City Engineer has talked both with the primary property owner and neighboring resident. The City is working to identify and develop a resolution to the known problem, which involves a property owner discharging water from a pond to into the adjacent road right of way. The City is sympathetic to the adjoining property that has seen increased ponding within the road as well as the property that is working to prevent flooding of a business facility. The City is actively working with the City attorney, the City Council which may need to draft an ordinance, and the Muncie Sanitary District to resolve the known situation and address concerns brought up by the adjoining resident.