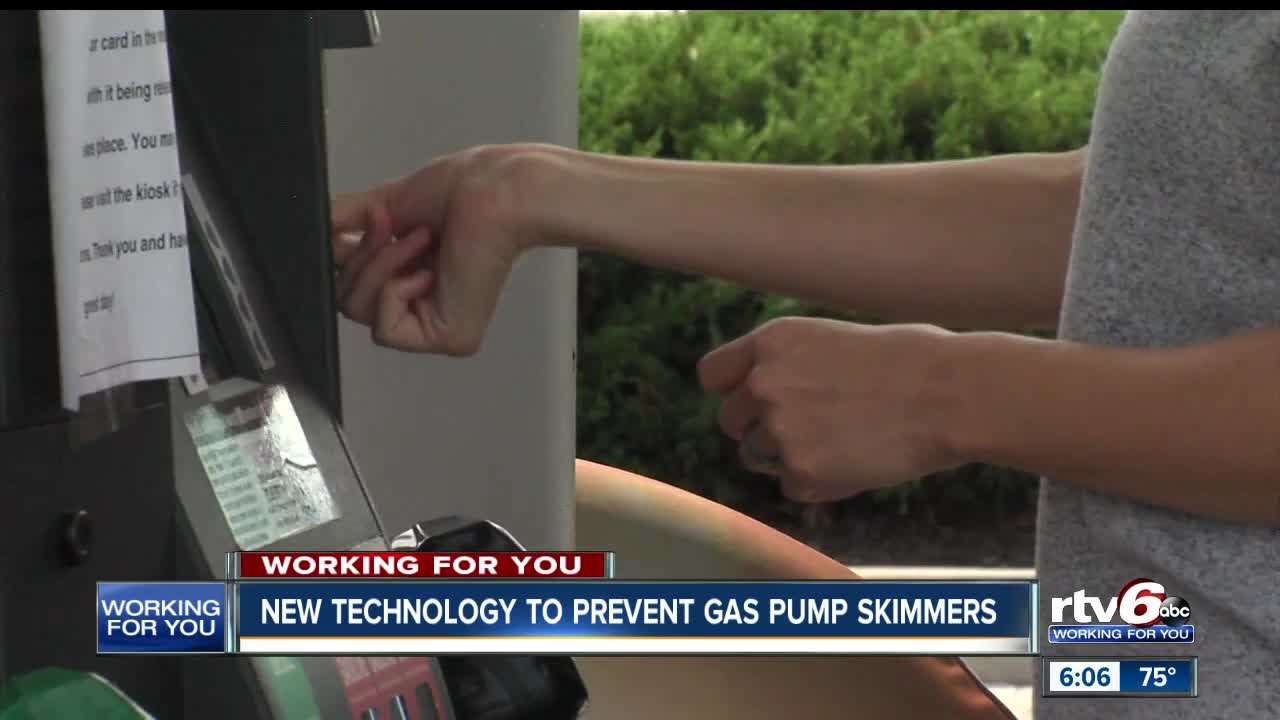 Drivers will notice something new while pumping gas at either Kroger or Speedway gas stations.

The stations even taped up signs to let people know that now while paying for gas; people will have to insert their chip and keep it locked in there throughout the entire payment.

The goal is to prevent skimmers from stealing your money.

RTV6 watched as people hesitantly inserted their card and closely followed directions to make sure they were using the gas pump credit card reader correctly.

Press play on the video above.

If you've used one of the new machines, you'll notice you're asked to use your card's chip reader and keep it in there until the transaction is complete.

Speedway says this additional layer of security validates the authenticity of the chipped payment card and avoids skimmers from stealing your information.

"Anything that helps with our security I'm definitely for," Chris Cullina, a customer, said. "I've had credit cards that have been scammed before."

RTV6 spoke with two customers who say they've had their credit card information stolen, so this extra measure is appreciated.

"I like any system that has privacy," Ann Martin-Myers, a customer, said. "I think people in America don't appreciate privacy as much as people like in Europe where you have the GDPR that really protects you."

The Attorney General's office urges you to pay with a credit card instead of a debit card. That allows more option to dispute the charges if you do get skimmed.

If you've been a victim of this scam, you can file a complaint at indianaconsumer.com.