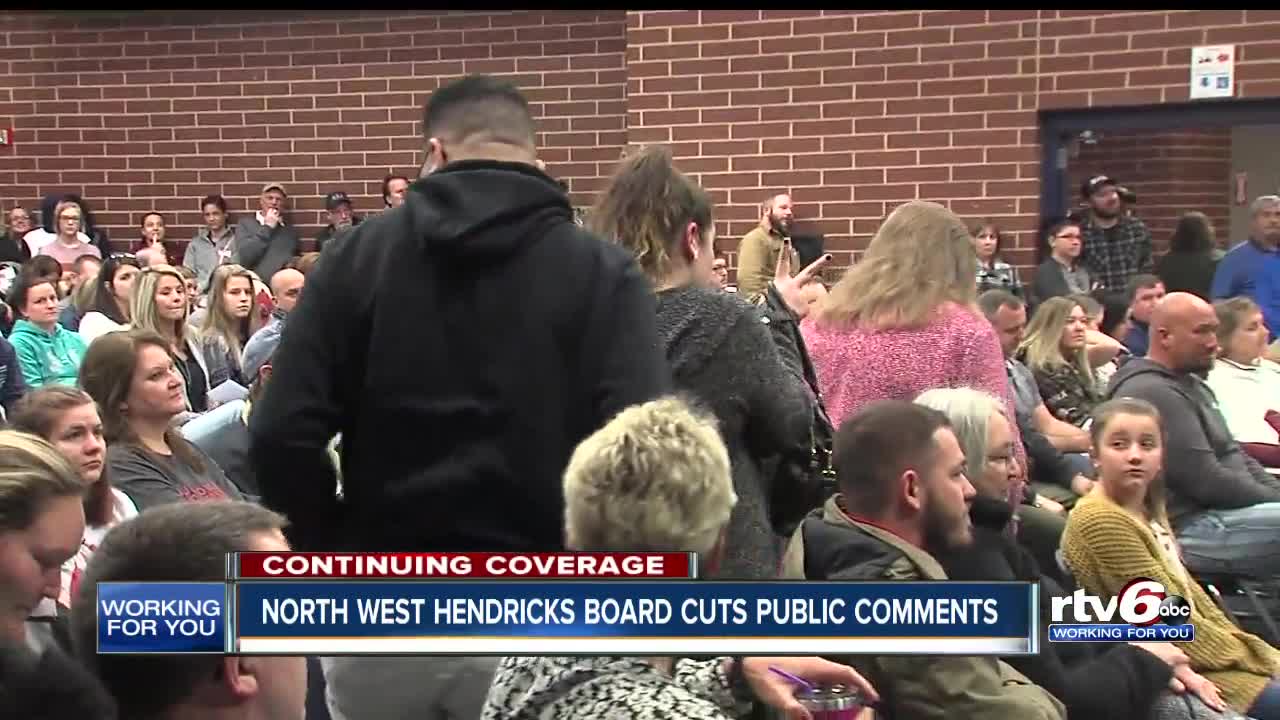 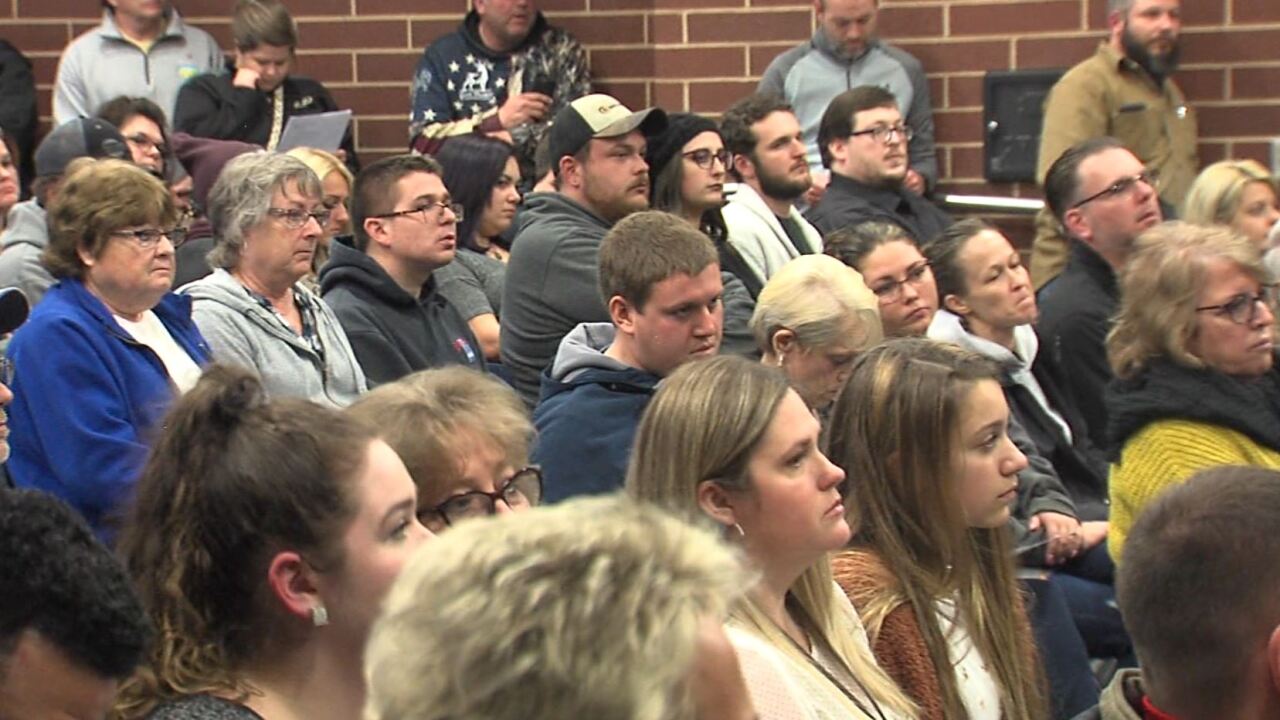 HENDRICKS COUNTY — Tense moments at another North West Hendricks school board meeting on Tuesday and this time no one from the community was able to voice their concerns to the board.

The school board announced Tuesday it is suspending public comments at its meetings until further notice. It was a decision that didn't sit well with the large crowd in attendance.

It was the first meeting since RTV6's exclusive story revealed more about the sexual misconduct allegations against Tri-West teacher and coach Tyler Bruce.

Former attendance secretary Dave Pyatt was fired from Tri-West after he gave Call 6 Investigates surveillance videos that led Pyatt to contact the authorities about the alleged relationship between Bruce and a female student. Bruce is now on unpaid suspension and is facing criminal child seduction and obstruction of justice charged. He has denied the allegations.

"It's just completely ridiculous," Cody Brunes, a concerned community member said. "There's a petition to get them overthrown and there's a lot of people who don't like them — they do a lot of corrupt things."

Brunes and others said they question almost everything the North West Hendricks school board has done since last summer.

Now, they've taken the added step of ending public comment during their meetings — something the board said they are allowed to do by law. One person stood up in the audience as they ended the meeting fairly quickly after the announcement. His question went unanswered.

Board President Jim Diagostino wouldn't answer questions from RTV6 either. He slipped out the back avoiding the crowd.

"Quite honestly, nobody seems to be having any trouble getting messages to the board in any form or fashion," Petraits said. "We had business to take care of tonight. We wanted to take care of the business and move forward."

Petraits mentioned the recent COVID-19 outbreak as one of the reasons why public comments have been suspended.

"Didn't want to keep people in closed quarters any longer than necessary you know with Avon canceling school with COVID-19 cases," she said. "We're very cognizant of that and trying to be sensitive."