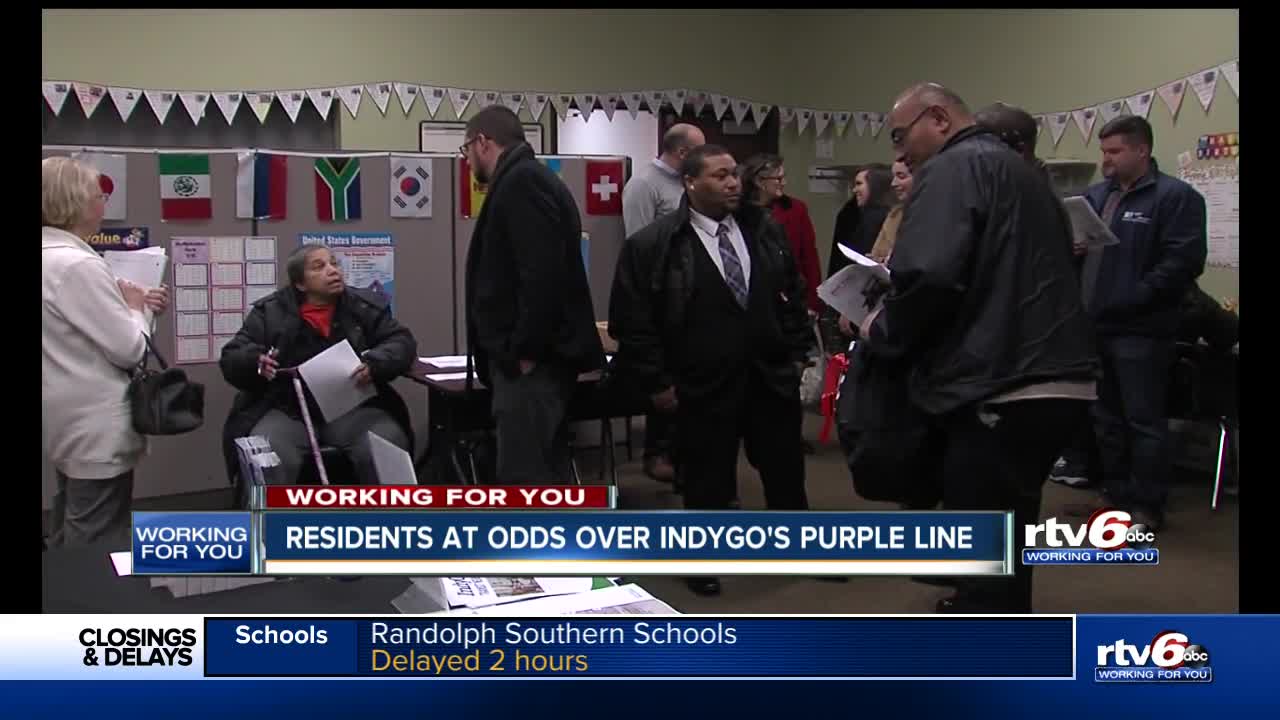 Supporters and opponents of IndyGo's Purple Line attended an open house where new details of the rapid transit bus line were unveiled. 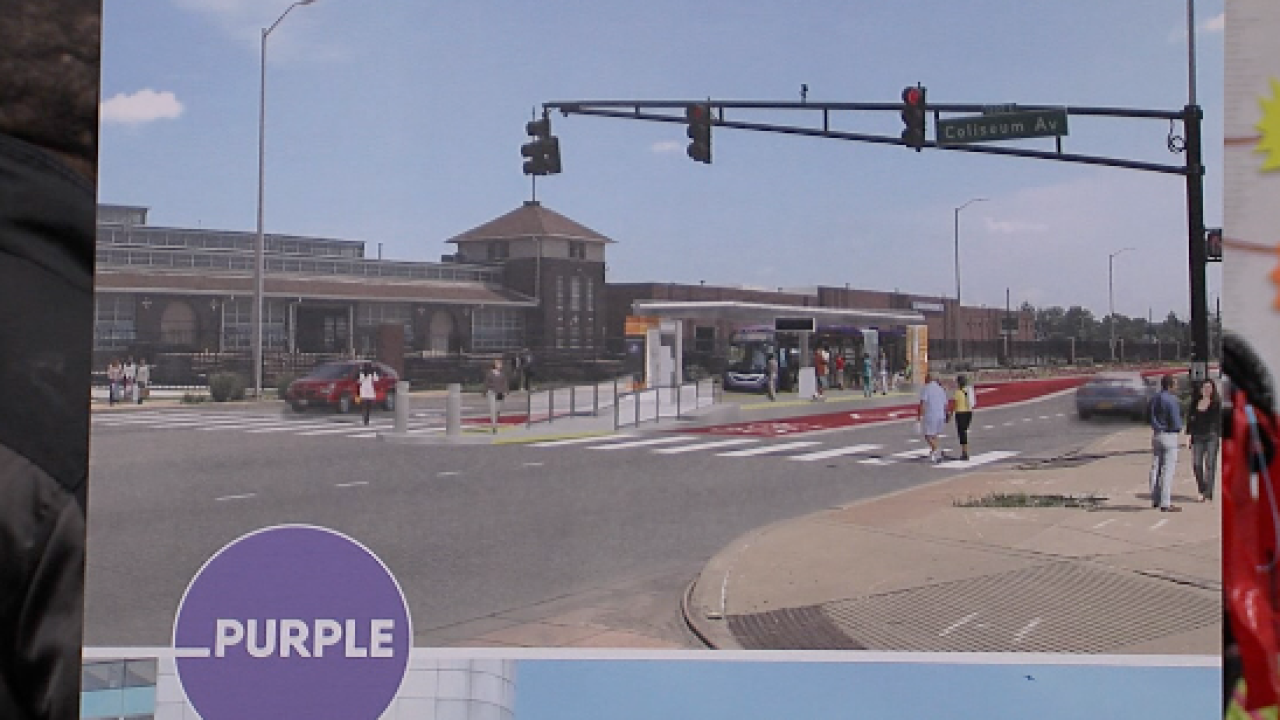 INDIANAPOLIS — The Red Line has been running for several months, and now IndyGo is turning its attention to the Purple Line, which some residents say creates problems while others believe it creates solutions.

The latest design shows changes to the eventual Purple Line, on which construction is scheduled to begin in 2021 and be in full operation by 2023. Previous plans routed buses along Meridian Street as they navigate downtown, but an updated design shifts the buses over to Capitol Avenue where Red Line buses are already running.

Purple and Red Line buses would follow each other from Downtown to 38th Street and College Avenue. The $155 million Purple Line would then continue east down 38th Street to Post Road and into Lawrence. The design calls for large portions of those streets to be converted from four lanes of all cars to one bus lane and one car lane in each direction.

"It's chaos. They have not thought out the entire plan," Brian White said. "It's a major reduction in efficiency because you are allowing buses or bus lanes to constrict the flow of traffic."

White, a life-long Indianapolis resident, said taking away lanes from cars is unfair to the people who pay for the roads.

"I just wish that people like myself who are paying wheel tax surcharges, license plate tax, we would flow freely through the city as opposed to being constricted because they are creating artificial choke points in terms of traffic congestion," he said.

IndyGo projects the 15-mile rapid transit line to reduce transit times by more than 25%. That's welcome news to Taylor Firestine, who hasn't owned a car in five years and currently uses the Red Line to get around town.

"I do think the problems that the Red Line has had I think have been a bit overblown, as someone who rides the Red Line everyday," Firestine said. "Really, there haven't been major issues that have screwed up my schedule."

Firestine would like to remind mass transit critics that the people on the bus are taxpayers, too, and he thinks it is time for those citizens to get their fair share.

"I just think right now its a totally uneven playing field as far as transportation options in Marion County," Firestine said. People are used to the car culture here and I think its time to have a change in that thought process."