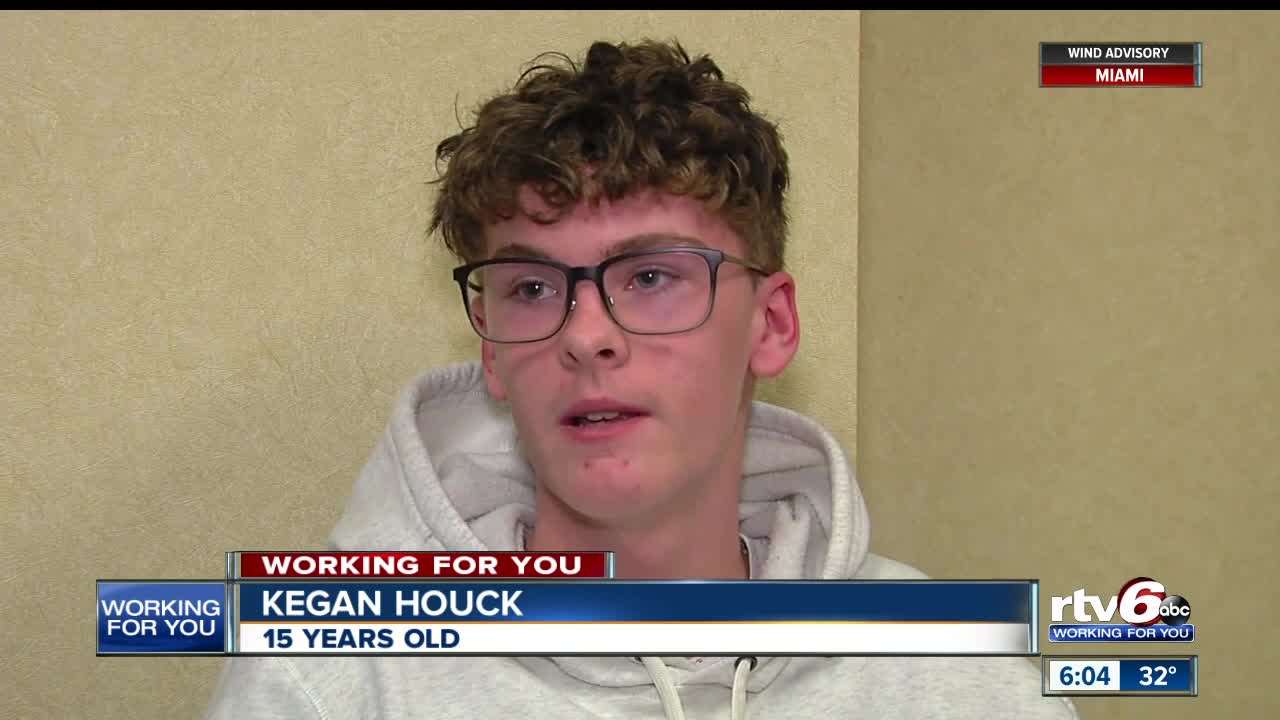 An Owen Valley High School student was expelled after he went to the school's nurse for help when he became sick from vaping.

SPENCER — Just a few months into his freshman year, a student at Owen Valley High School said he was expelled for seeking help after having a bad reaction to vaping.

Kegan Houck felt dizzy on Sept. 30. His vision was blurry after smoking from a friend's vape in the school restroom.

"I was constantly thirsty, and then I got to a point where I threw up," Kegan said.

Worried something was really wrong, Kegan went to the school nurse and told her what happened. He was taken to the hospital via EMS with his oxygen level at 70%.

Doctors diagnosed Houck with pneumonitis — lung inflammation — caused by vaping. The hospital reported it to the CDC, and he's now a part of the growing statistic of 41 confirmed cases of vaping-related illnesses in Indiana, 56 probable cases and 3 deaths.

Kegan said he didn't know what was in his friend's vape.

"I thought it was just nicotine because that's what is mostly in vapes," he said.

However, according to the school district, it tested positive for THC oil, so the school decided to expel him indefinitely.

"How are we supposed to tell our children if you have a medical problem, even it is smoking a vape in school, and I understand he did wrong by doing that, but we are teaching them don't go to the school officials, don't go to the nurse, because you could get in trouble," Kegan's mother, Shannon Houck, said.

His mother has written an appeal letter to try to get him back into school, but her efforts have been unsuccessful.

Spencer-Owen Community School Superintendent Chad Briggs said he cannot comment on specific students, but the school system has rules that specifically address possession or use of tobacco products, including vapes, that lead to expulsion.

It is illegal for people under 18 to use vape products, and the Indiana State Department of Health said schools set their own policies in regard to vaping guidelines.

Kegan's family is hoping the school district reconsiders, though.

"He's missed long enough of school," Shannon Houck said. "We need to be back in school."