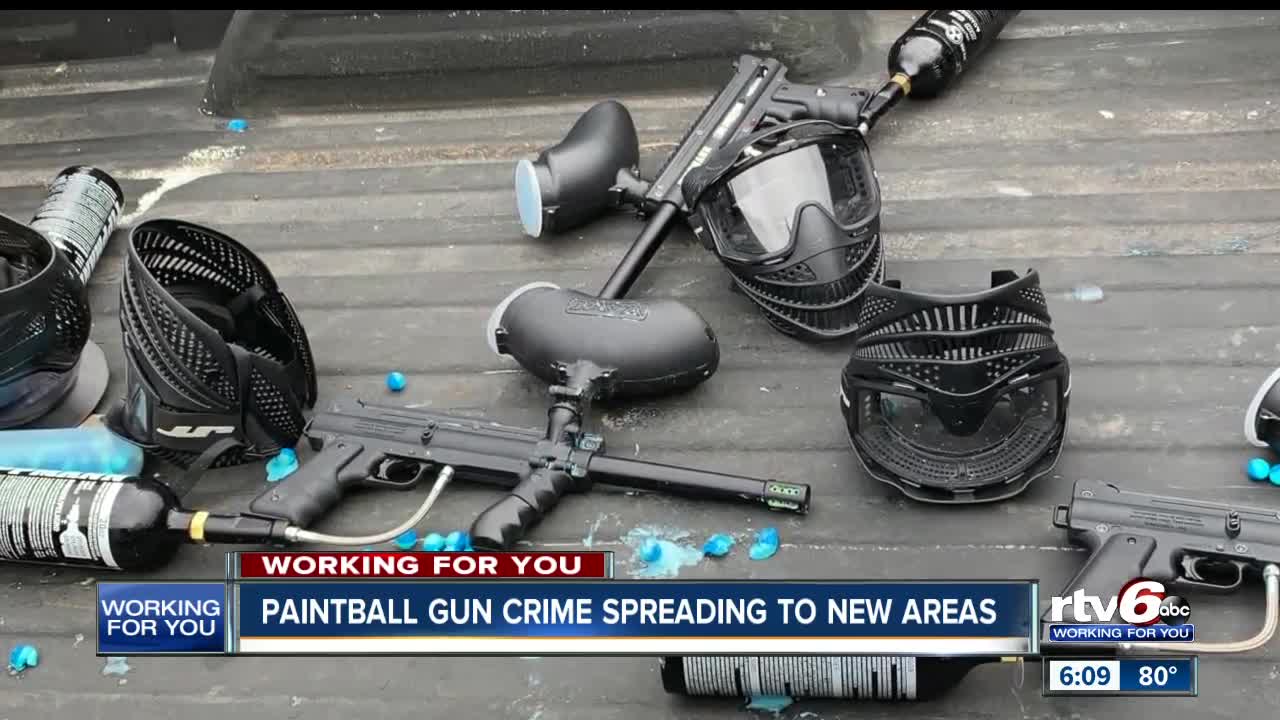 INDIANAPOLIS — Criminals firing paintball guns at people is a recent crime that seems to be becoming a trend, according to the Indianapolis Metropolitan Police Department and the Marion County Prosecutors Office.

People in two different neighborhoods within the city were victims in paintball shooting incidents on Tuesday night.

One man tells RTV6 he was just sitting on his porch last night around Linden Street and Orange Street in Fountain Square when someone drove by in a black sedan and started shooting paintballs at him and his home. One even grazed the side of his face.

"Just wish people had a little bit more sense about them and thought about their actions and the consequences they have for others," Mike Clements, who lives nearby the shooting incident in Foutain Square, said.

People who live in the area are not happy to hear their neighbor was actually shot at with a paintball gun.

The same is for those who live two miles down the road, where a man says he was also hit twice by paintballs around the same time Tuesday night.

"Well I think it's pretty bad," Della Canada, who lives in the Fountain Square area, said. "And you've got to be careful, and you've got a watch out for them."

The Marion County Prosecutor says this type of crime was not on their radar, until a few weeks ago.

They recently charged a 27-year-old man with battery for using a deadly weapon, when allegedly shooting a 60-year-old man in the face with a paintball gun.

"These firearms are realistic looking. They look like AR15's. They look like AK-47's," Terry Curry, Marion County Prosecutor, said. "If an individual — whether it's a civilian or a police officer — has a firearm, the kid carrying that paint gun could easily get shot themselves. No question whatsoever."

By filing charges that carry a possible prison term of up to six years, the prosecutor wants people to know that they are taking this seriously and you will be charged to the full extent.