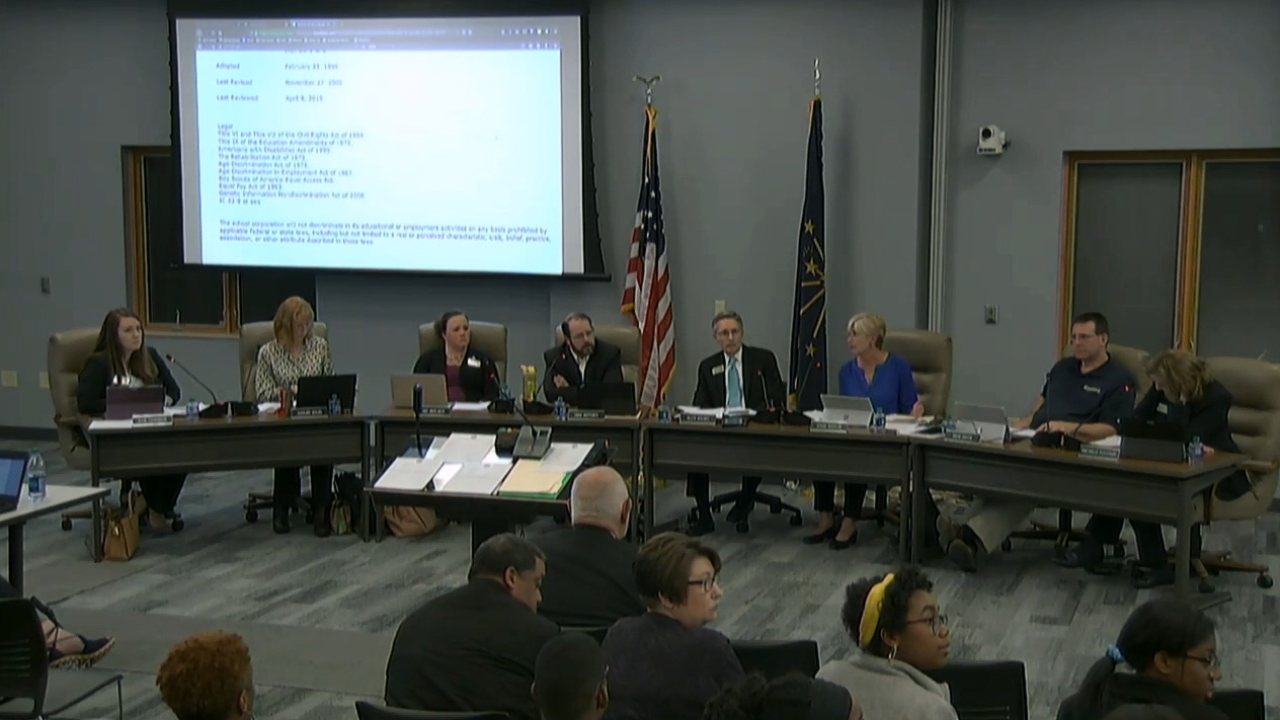 The Hamilton Southeastern school board voted down an amendment to to its non-discrimination equal opportunity policy on Wednesday, April 24, 2019.

INDIANAPOLIS — Parents say the Hamilton Southeastern school board's decision on a potential update to its non-discrimination equal opportunity policy does not live up with the district's mission statement.

Michael Vance, a parent of two recently graduated HSE students is one of them. Hamilton Southeastern describes itself as, "a forward-thinking school district" that "provides educational opportunities to ensure the success of each and every student."

He understands firsthand the conversation that comes from having a child who doesn't feel entirely comfortable being themselves at school.

"The younger one came out as trans last year," Vance said.

It wasn't easy for his child.

"I'm not saying the culture at school was everything, but it was certainly a part of it," he said.

When the HSE school board met Wednesday night, board member Julie Chambers proposed an amendment to the district's non-discrimination policy.

Many in the crowd cheered in support of the amendment, but not every school board member agreed.

"I don't see under religion that we had to include Baptists, Catholics or Methodists," Superintendent Allen Bourff said.

Jamie Cairns has a child starting school at HSE next year.

"The things they brought up are already protected," she said.

Council member Sylvia Shepler suggested being a member of the LGBTQ community has become a mark of status.

"It’s now becoming more and more acceptable — it’s cool it’s popular — it’s having a gold star in the eyes of their peers," she said.

"The law isn't always the best thing to judge what is right," Cairns said. "Racism was essentially legal with Jim Crow laws. Women didn't get to vote. Those things were all legal. That didn't make it right."

The amendment to the policy was brought to a vote and lost 3-4. But the policy will be heard again, including language that will follow state and federal law.

Parents started a Facebook group Thursday called "HSEqual to unite allies and say they will continue to fight for inclusive language in the district's policy.