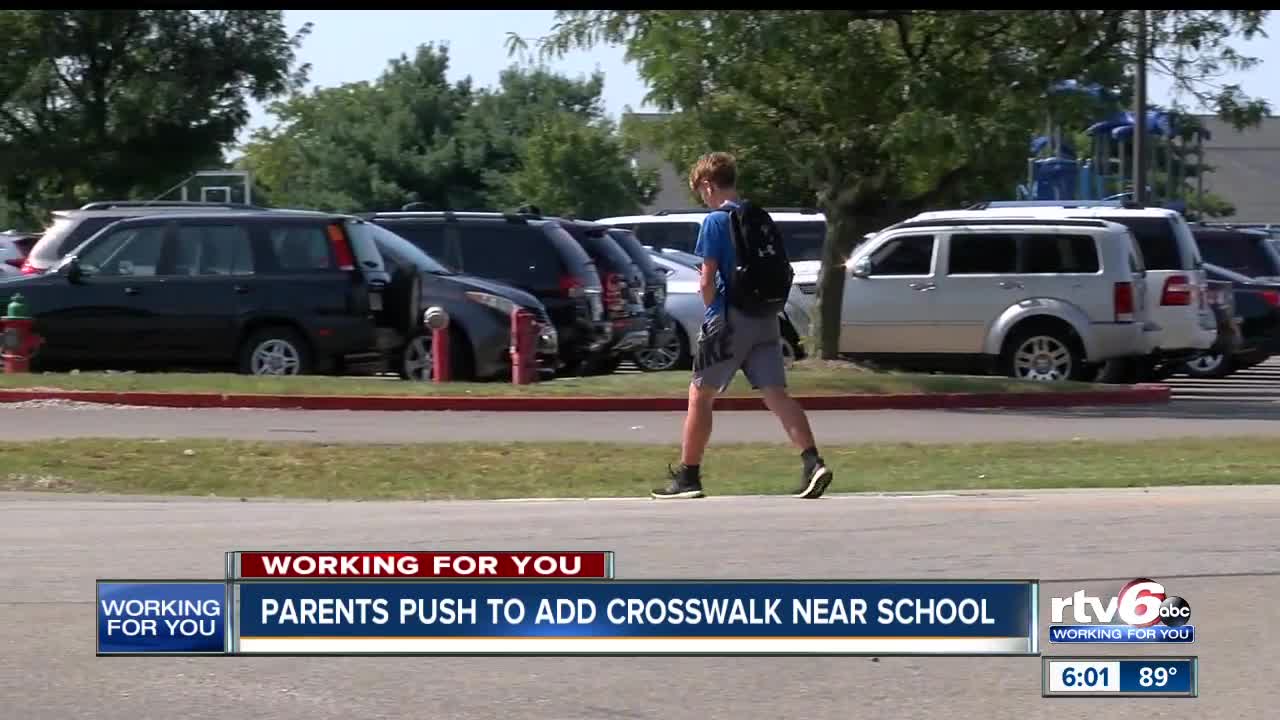 Some parents in Center Grove are asking for the school district, or the city of Greenwood, to make their kids walk to school safer. A mother says she's reached out to every possible department about adding a crosswalk near a busy road but hasn't had any luck. 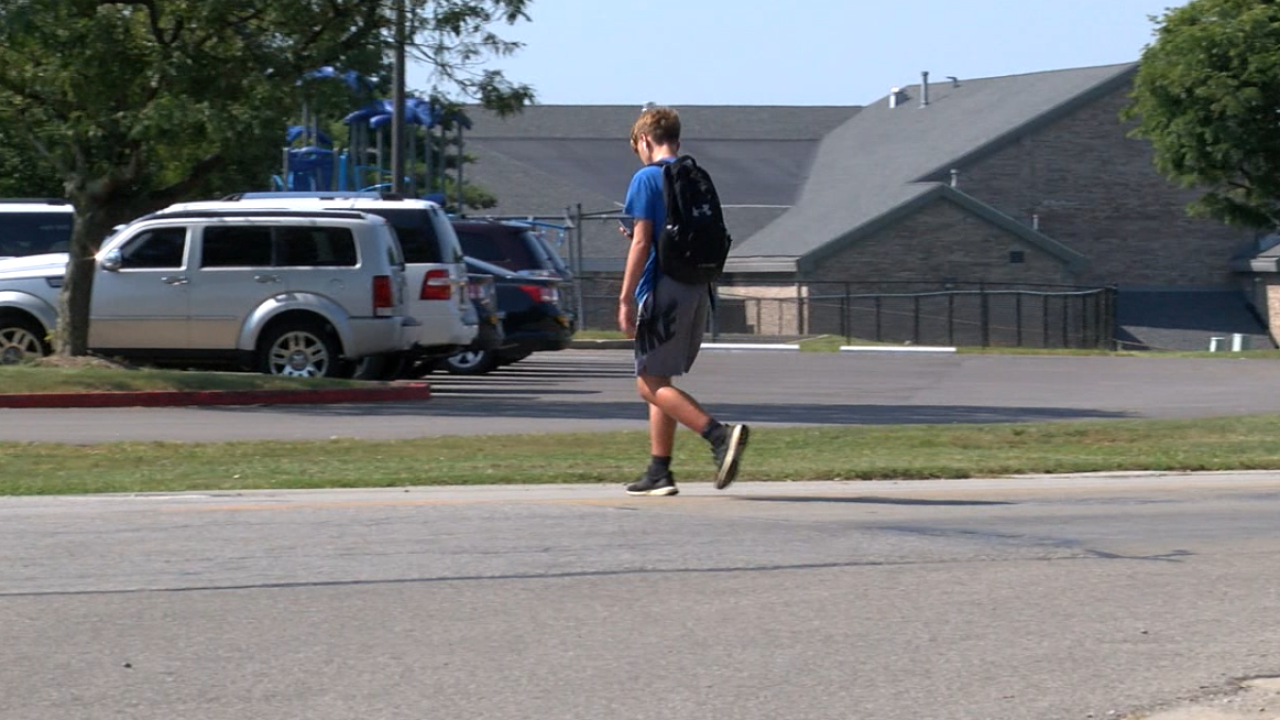 GREENWOOD — Some parents in Center Grove are asking for the school district, or the city of Greenwood, to make their kids walk to school safer.

A mother says she's reached out to every possible department about adding a crosswalk near a busy road but hasn't had any luck.

In order to get to Pleasant Grove Elementary or Center Grove Middle School, students who walk to school and live in the Pebble Run subdivision say they can't cross the street safely.

"I grew up in the older part of Greenwood, and I walked to school as a kid and, of course, we had sidewalks and there was a crossing guard, you know, that was really nice," Matt Anspach, a Center Grove parent, said. "And it's a little dangerous. Kind of scary at that time in the morning when you've got so much traffic and people trying to drop their kids off."

Anspach tries to walk his kids to school as often as he can. He has a second and fifth-grader at Pleasant Grove Elementary and a seventh-grader at Center Grove Middle School.

He worries about his middle schooler when he walks home from class, without a stoplight or anything to slow traffic down for him to cross Fairview Road.

"If you knew there was a crosswalk there you'd feel a little better about that and not necessarily concerned that they're going to get hit crossing the road," Anspach said.

Anspach and his wife have tried to reach out to differing city and county agencies to request one to be added.

"She called the city first, but we are not within the city limits, so they referred her to the county," Anspach said. "And then the county just said what we need but didn't really tell us how to get it."

After talking to several people at the school district, they were told the same thing as the city and county officials said — what they need with no help of helping them.

"Nobody's really saying how we're going to do that or how we can make that happen," Anspach said.

Neither the city of Greenwood or Johnson County have reached out to RTV6 after the newsroom tried to contact them.

The Center Grove Community Schools assistant superintendent says they do not permit elementary students to walk to school since there are no sidewalks in the area. But do allow middle schoolers.

"Dr. Bill Long, Assistant Superintendent: Pleasant Grove Elementary does not give students permission to walk to school. The area around the school does not have sidewalks, which makes the walk to school unsafe. We do provide buses for all students who live within the district boundaries. We have been in contact with Johnson County Highway Department. Any request to add a crosswalk in that area would have to go through them. The middle school principal says there are a few students who are allowed to walk to the two closest neighborhoods with written parent permission. That practice has been in place for several years, but is currently under review."

The school has also been in contact with the Johnson County Highway Department. Any request to add a crosswalk would have to go through them.

"Both Fairview here and Morgantown are two major roads. The speed limit is 40," Anspach said. "People aren't paying attention, so I just think it is important to have the crosswalks there for safety sake."