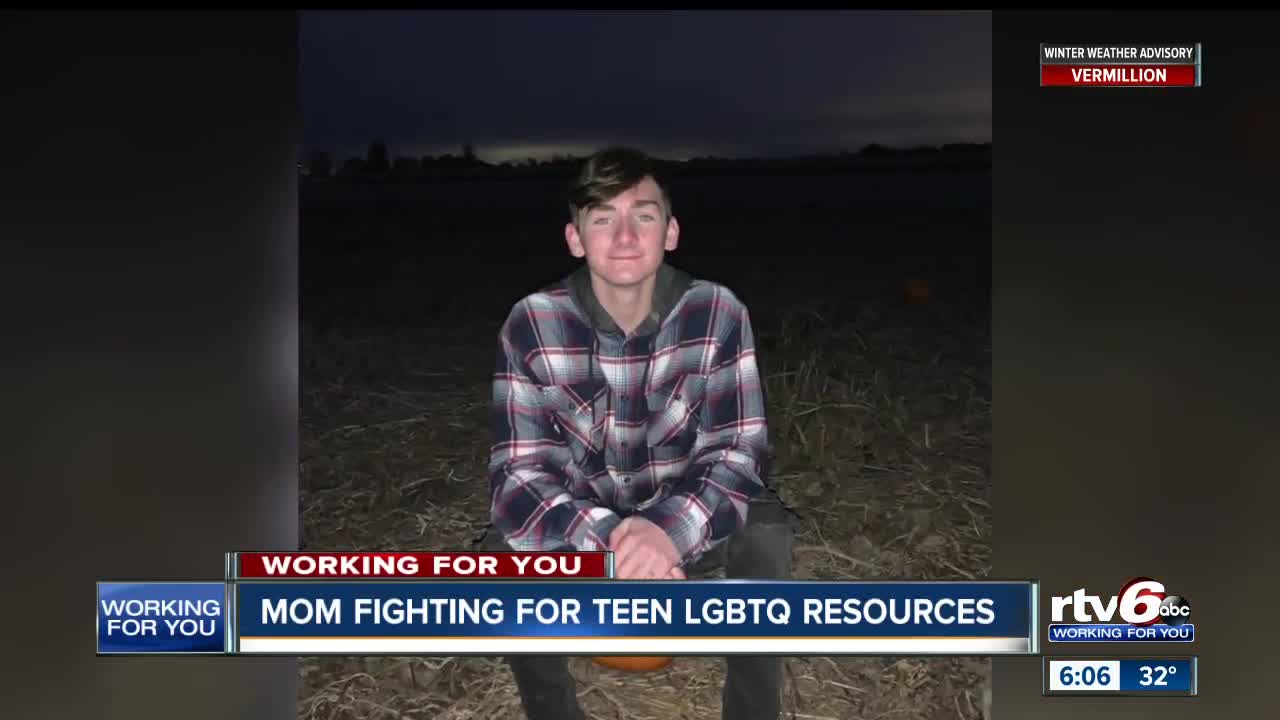 A Pendleton mom is taking action for her son and says there is a lack of resources for LGBTQ teens in Madison County.

PENDLETON — A Pendleton mom is taking action for her son and says there is a lack of resources for LGBTQ teens in Madison County.

"He felt so alone and didn't feel like he could reach out to anyone and I can't lose my son," Molly said.

When Gage left the hospital, Downey says they told her to find a support group for him, but she couldn't find one.

"Madison County is huge," Molly said. "There's no reason why there shouldn't be something local."

She told her story on Facebook and says the responses were overwhelming.

"I've had so many people reach out and say, 'Hey, we've gone through this either with suicide or having child with alt lifestyle,'" Molly said.

That's why she is making it her mission to get an LGBTQ youth support group in Pendleton.

"It's scary," Paulson said. "It is difficult to know that this is the reality of the LGBTQ youth in this state."

The organization helps schools set up GSA'S or Gender and Sexuality Alliance Groups. Molly wants to see something like this at Gage's school.

"No judgment, unconditional love," Molly said. "I want that for him."

The principal at Pendleton Heights High School says they used to have a gay straight alliance group, but it hasn't been active for several years. Parents, students, and teachers who want to get involved can contact school leaders.