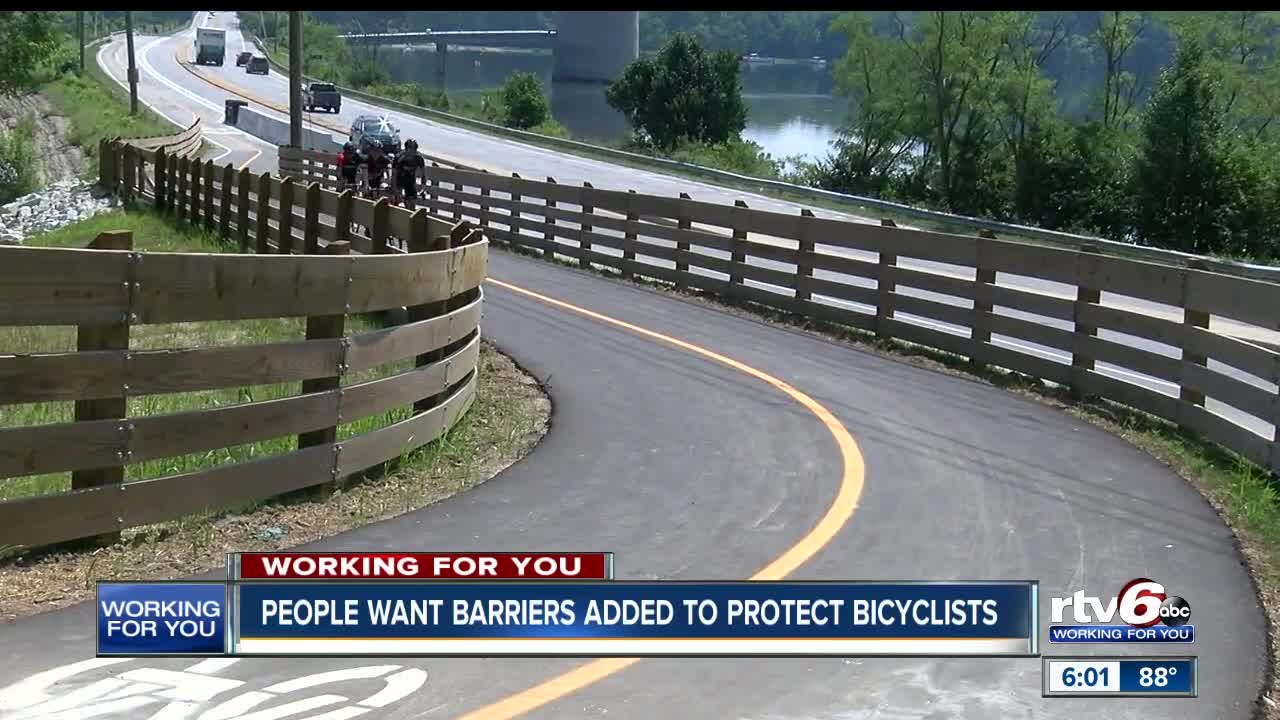 INDIANAPOLIS — People are happy they now have a way to get to Eagle Creek Park after the city recently shut down one of the lanes along 56th Street to add a new extension of the trail. But what bicyclists are worried about now is the lack of barriers in place to protect them from oncoming traffic.

Eric Holt, a frequent biker in the area, says when he rides over the new 56th Street causeway trail over the Eagle Creek Reservoir, he's terrified of getting hurt.

Now that the orange construction barrels have been removed since the project wrapped up, Holt says there are no safeguards in place to protect pedestrians and bicyclists.

"We've actually seen — on multiple occasions now — cars enter the trail to make a pass, and then get back over into the lane of traffic, which is completely unsafe," Holt said. "All it would take is one car to come across, and that's lights out."

The Department of Public Works says adding barriers was never part of their plan when they built the bike path last year. However, after several complaints, they've now directed additional funds to pay for reflective equipment along the white stripes separating the bike lane. Until that arrives, DPW has requested temporary construction barrels be re-placed there, once again.

In the meantime, before the barrels are placed, DPW says a park ranger will monitor traffic moving across the causeway for possible violations.