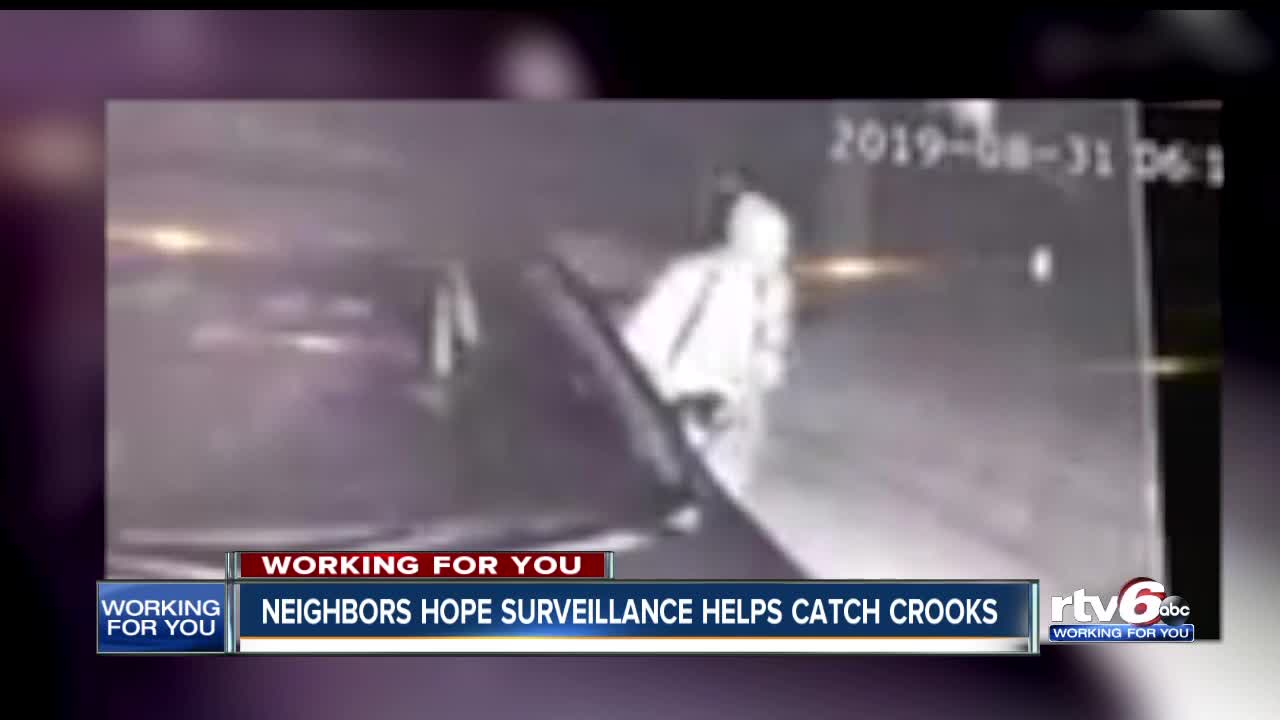 Monte Nunn is an independent contractor and had his truck loaded up with his tools and equipment ready to go the next morning.

When he got ready to go, he says his stuff was scattered across his seat.

"There's about eight people in the neighborhood so far that we know of that have gotten stuff snagged out of the car," Nunn said.

Once Nunn realized some of his tools like chop saws, a drill, and some money were missing, he began talking to neighbors and realized he wasn't alone.

Kathy Beshears says the burglars took her Vera Bradley tote bag when the broke into two of her vehicles.

"If you are out there listening to this you do have a whole life ahead of you, stop what you're doing," Beshears said. "See yourself down the road three years and where will you be at this point jail or educating yourself, make the right decision."

The break-ins happened in an area patrolled by IMPD but a spokesman from Southport police says people must lock their car doors and take garage door openers inside and to never leave valuables in your car.

Anyone with information on the incidents can call Crime Stoppers of Central Indiana at 317-262-8477 (TIPS).